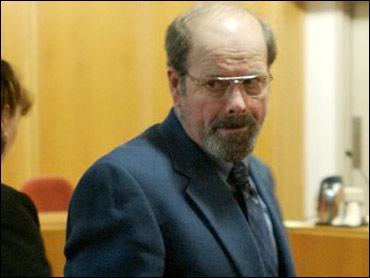 A judge entered a plea of not guilty Tuesday for Dennis Rader, the former church leader and city employee who is charged with 10 counts of murder in the BTK serial killings that terrorized Wichita since the 1970s.

Rader chose to stand mute during the brief arraignment and asked District Court Judge Gregory Waller to enter the plea for him. Waller entered the not guilty plea and set a trial date for June 27, although most expect the trial date to eventually be pushed back.

Rader, 60, a former city compliance officer from suburban Park City, was arrested Feb. 25 and charged in 10 deaths linked to the serial killer known as BTK, which stands for "Bind, Torture, Kill.

Prosecutors may not seek the death penalty because all the crimes Rader is charged with were committed before 1994, when Kansas passed its capital punishment law.

The earliest known crimes linked to the BTK strangler date to Jan. 15, 1974, when Joseph Otero, 38, and his 34-year-old wife, Julie, were found strangled to death in their home. Also killed were their children, 11-year-old Josephine and 9-year-old Joseph.

Police did not connect the Sept. 16, 1986, strangulation death of Vicki Wegerle to BTK until the killer resurfaced last year with a letter to The Wichita Eagle that included photos of the crime and a photocopy of her missing driver's license.

The BTK serial killer sent numerous cryptic messages and packages to local news media in the year before Rader's arrest.

A trial is likely more than a year away because there is so much evidence that defense attorneys have not yet received from prosecutors, said Mark Orr, a spokesman for the public defender's office.

Rader waived his right earlier this month to a preliminary hearing, meaning prosecutors will not have to publicly reveal any of their case against Rader until trial. The arraignment was likely to last less than two minutes, Orr said.