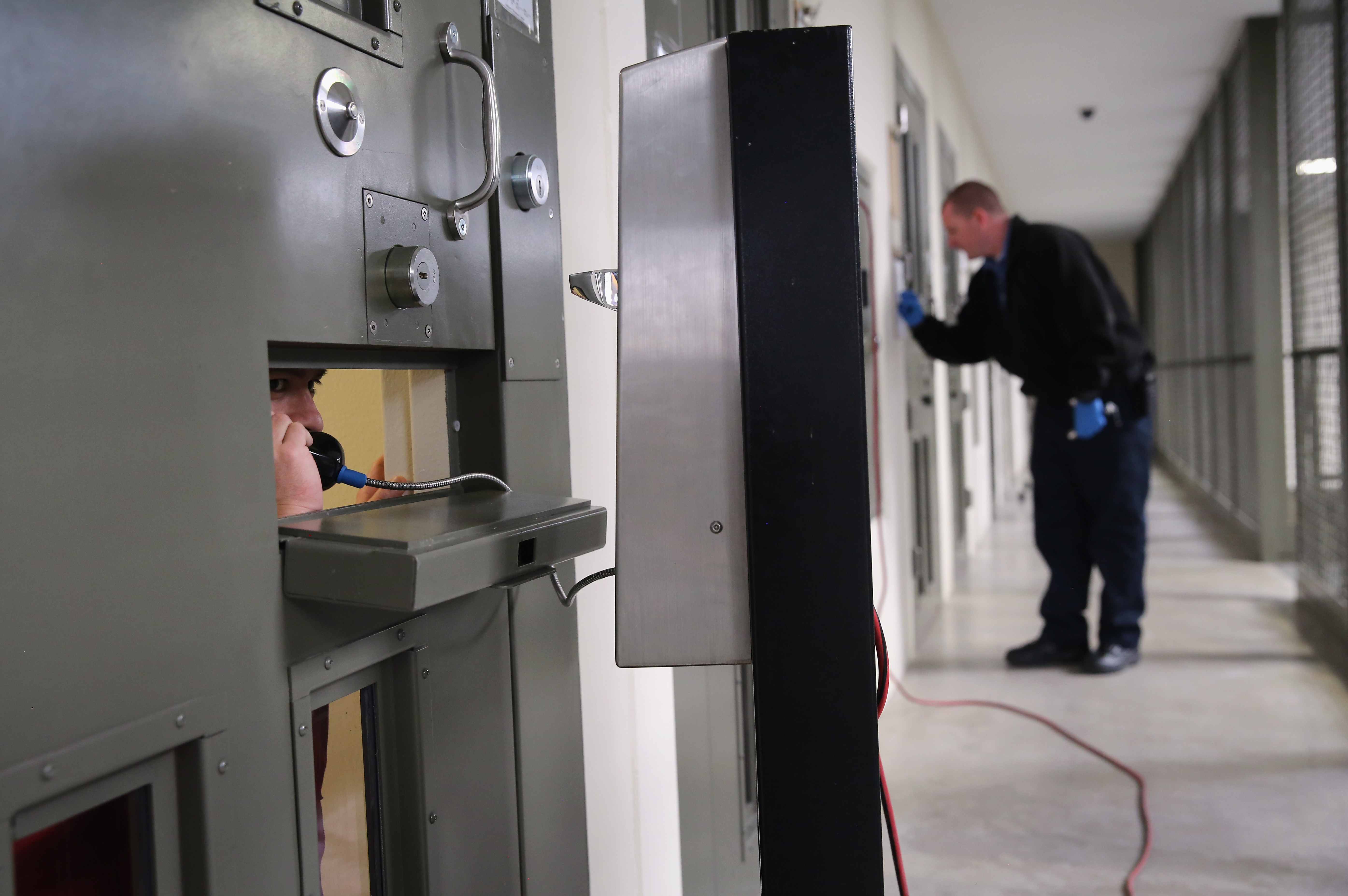 NEW YORK -- A first-of-its-kind study found that New York City jail inmates sent to solitary confinement are nearly seven times more likely to try to hurt or kill themselves than those never assigned to it.

The peer-reviewed study, published Wednesday by the American Journal of Public Health, provides empirical evidence of a strong association between self-harm and the place inmates and staff call "the bing." It also backs an argument that advocates and others have long used to criticize a practice that they say is inhumane.

"We've always tracked all acts of self-harm but what we didn't know was, 'What are the variables associated with that self-harm?'" said Dr. Homer Venters, an assistant health commissioner who heads health services for the city's jails and was one of the study's main authors. "We do see that solitary confinement itself is a predictor of self-harm."

The study concluded that inmates assigned to solitary were 6.9 times as likely to harm themselves, even after controlling for variables such as length of jail stay, race and serious mental illness. Inmates who are 18 years old or younger and are diagnosed with serious mental illness accounted for the majority of the self-harm acts, the study found. And many inmates hurt themselves in an effort to avoid time in solitary, earning them the nickname "bing-beaters" by correctional staff, the study found.

New York City's Department of Correction has taken steps in recent months to limit the use of solitary as a punishment, but it can still be doled out punitively when inmates break certain rules, seriously assault someone or attempt to hurt themselves. It also can be used to isolate unruly inmates and as a form of protective custody.

Common methods of self-harm ranged from relatively minor acts such as cutting skin with plastic utensils to cause bleeding to potentially fatal acts such as ingesting toxins or tying something around their necks, Venters said. Other acts included banging their heads against the wall and setting cells on fire.

Some inmates harm themselves while in solitary in an attempt to get out, as did one who stuck a deodorant canister so far into his rectum that it had to be surgically removed, the study found.

Inmates who harm themselves also affect a jail's finances, the study found, with every 100 acts resulting in about 3,760 hours of additional time for corrections officers who must take them to hospitals and provide 24-hour suicide watch.

Solitary cells are generally about 6 feet by 8 feet, with metal or cinderblock walls containing a bed and combined toilet and sink. The cells are closed off by a large, solid metal sliding door that sometimes has a small panel for inmates to look out and a slot through which inmates are handcuffed and delivered meals.

Dr. Ernest Drucker, a Columbia University epidemiologist who was one of the peer reviewers, called the study the "largest, most comprehensive" look at the use of solitary that he was aware of.

He said the research says "something meaningful about what happens to individuals in large numbers in a system that's ostensibly meant to hold them in detention while due process goes forward but in fact places them in more danger."

Some advocates have called for the abolishment of the use of solitary as a punishment, and lawsuits challenging the use of prolonged solitary confinement have been filed in California and elsewhere.

Alexis Agathocleous, a senior staff attorney at the Center for Constitutional Rights, represents inmates in solitary in California state prison.

"I think what this study and the other studies about solitary are pointing to is a growing understanding that this practice has a devastating toll on prisoners and does not comport with basic standards of decency," he said. "The social science is quite clear: Even in short periods, solitary confinement can have a significant effect on a person's psychological well-being ... and poses a serious problem from a human rights perspective."

On Rikers Island, a 10-facility lockup on a 400-acre island in the East River that houses the majority of city inmates, officials in December eliminated the use of solitary for seriously mentally ill inmates. Schizophrenic, bipolar and other seriously mentally ill inmates instead get assigned to two new dormitory-style units called Clinical Alternative to Punitive Segregation.

"In recent years the Department of Correction has taken many steps to minimize its use of punitive segregation," a department spokesman said in a statement, adding that it will continue to "explore alternatives and modifications to punitive segregation that do not compromise the safety of inmates, staff and visitors."

The Board of Correction, which has an oversight role over the department, has begun the lengthy process of changing city laws governing how solitary is used for the seriously mentally ill and adolescent inmates.