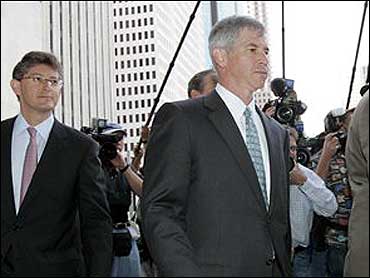 Joe Inman's closing 6-under 65 Sunday included an eagle on the par-5 13th and he beat Bruce Summerhays and Dave Stockton by two strokes to successfully defend his title in the $1.2 million Pacific Bell Senior PGA Classic.

Inman, winning for the second time as a senior, finished with a 14-under 199 total and earned $180,000, the largest paycheck of his career.

"The eagle was big in my round" the 51-year-old said. "But the shot of the day for me was that 5-iron through the trees on the sixth hole. From there on I really played well."

Inman put that 5-iron just two feet from the hole and tapped in for the birdie.

Stockton had trouble at the No. 9 with a double-bogey 6.

"I kind of let it get away," Stockton said. "On one hand I could have counted the shots I did not like but what killed me was the ninth hole."

Summerhays birdied four of the last five holes on the front nine but only managed one on the back side of his bogey-free round at the 6,575-yard Wilshire Country Club course.

"Stockton's double bogey put everyone back into the ballgame," Summerhays said. "I still had my chances. Another 66 was a good round of golf. But just not good enough. "

Summerhays' five birdies all came on putts of 10 feet or less.

"This was really a nice championship," Summerhays said. "A lot of people had a shot at this championship. Joe just took over on the back side."