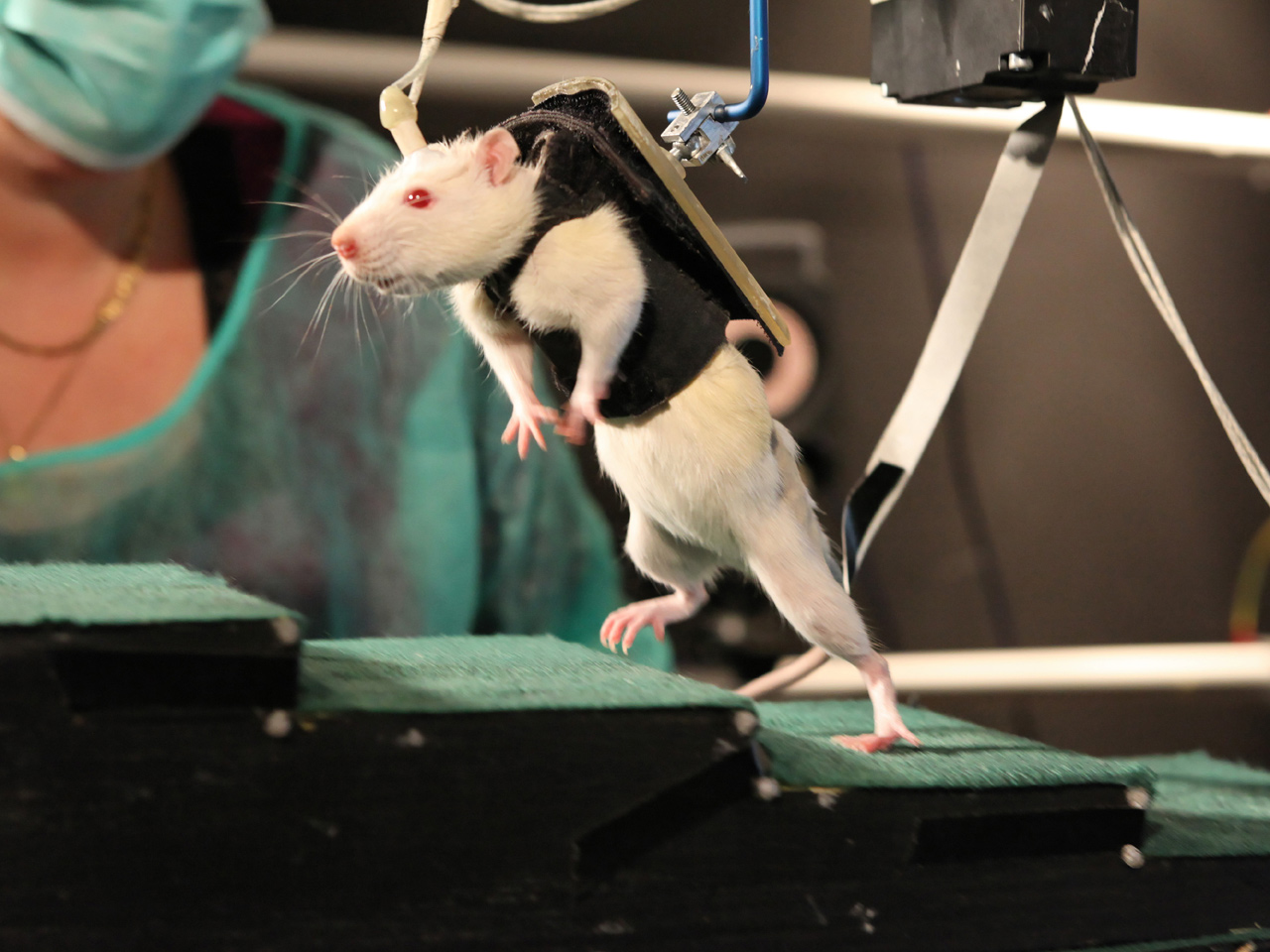 (AP) NEW YORK - Many scientists are working on treatments to help people with spinal cord injuries walk. Now there's a striking new demonstration of how one approach might work: Spinal nerve stimulation helped rats in a Swiss lab overcome paralysis to walk and climb stairs.

That may sound impressive, but similar progress has been made in people, too. The difference this time is the particular technique used.

"It's a natural extension of exciting work that's been done by many groups," said Dr. John McDonald, director of the International Center for Spinal Cord Injury at Kennedy Krieger Institute in Baltimore. He wasn't involved in the research.

In the new experiment, reported in Friday's issue of the journal Science, researchers stimulated spinal nerve circuits and used physical training. The stimulation was electrical current from implanted electrodes plus injections of a chemical mix.

To do the training, the rats were placed in a harness so that only their hind legs reached the ground. Then they were placed on a treadmill, which produced only reflexive stepping, and on stationary ground, where they had to choose to make their legs move if they wanted to reach a piece of chocolate.

They took their first voluntary steps about two to three weeks after the training began, the researchers said. The rats still needed the harness later to keep their balance.

The treatment produced an extensive rewiring in the brain and spinal cord, and the lead researcher said that more than 100 rats have regained walking ability to varying degrees.

"This kind of approach will not cure spinal cord injury" but it might someday help some patients recover more ability to move around, said lead researcher Gregoire Courtine. Only human studies will show how much the technique might help, said Courtine, of the University of Zurich and the technical university EPFL in Lausanne, Switzerland.

Last year, other researchers reported that a paralyzed Oregon man was able to stand and move his legs with a surgically implanted electrical stimulator.

McDonald, of the Krieger Institute, said the new paper would spur great interest among spinal cord researchers, in part because the techniques it used could be readily applied to people. The electrical stimulation could be given through the skin rather than from implanted electrodes, he said.

But he and W. Dalton Dietrich, scientific director of the Miami Project to Cure Paralysis at the University of Miami, noted that the rats had been given a spinal injury that differs from what is normally seen in people. So more studies are needed involving injuries more typical of human patients, McDonald said.