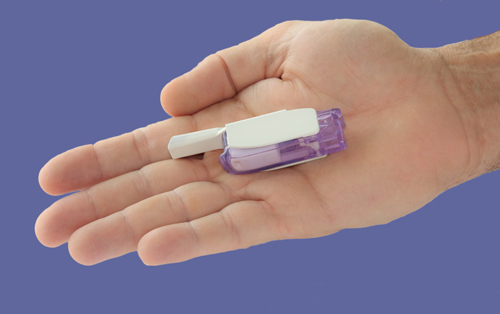 The Food and Drug Administration on Friday approved a long-delayed inhalable diabetes medication to help patients control their blood sugar levels during meals.

The FDA cleared MannKind Corp.'s drug Afrezza, a fast-acting form of insulin, for adults with the most common form of diabetes that affects more than 25 million Americans. The approval decision comes more than three years after the agency first asked MannKind to run additional clinical studies on the drug.

Diabetes is a chronic condition in which the body either does not make enough insulin to break down the sugar in foods or uses insulin inefficiently. It can lead to blindness, strokes, heart disease or death. In Type 2 diabetes, the most common form of the disease, the body does not use insulin properly. Type 1 diabetes is usually diagnosed in children and young adults. In those cases, the body does not produce insulin.

Afrezza, an insulin powder, comes in a single-use cartridge and is designed to be inhaled at the start of a meal or within 20 minutes of starting. MannKind has said patients using the drug can achieve peak insulin levels within 12 to 15 minutes. That compares to a wait time of an hour and a half or more after patients inject insulin.

The FDA said in its approval announcement that Afrezza is not a substitute for long-acting insulin and is a new option for controlling insulin levels during meals.

The FDA approved the drug with a boxed warning -- the strongest type -- indicating that the drug should not be used in patients with chronic lung diseases, such as asthma, due to reports of breathing spasms.

Demand for diabetes treatments are surging globally as the prevalence of obesity explodes. Roughly 347 million people worldwide have the disease, according to the World Health Organization.