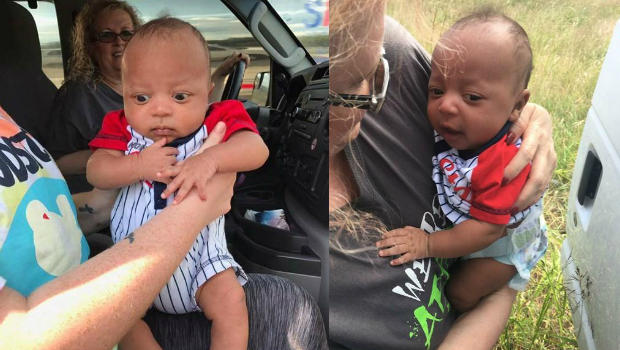 OKLAHOMA CITY -- Police are investigating after a 4-week-old infant was found in a car seat near an Oklahoma City highway, reports CBS affiliate KWTW-TV.

Passengers in a church van spotted the baby on Saturday as they drove along Interstate 40. They at first thought the baby was a doll until they saw it move, they later told police.

Investigators were able to locate the baby's mother, but haven't publicly released her identity. The baby was placed into state custody, officials said.

Police believe the baby was alone for a short period, because he had no burns or other physical symptoms, even though it was sunny and hot when he was found.

The case is still under investigation and charges have not been filed, police said.