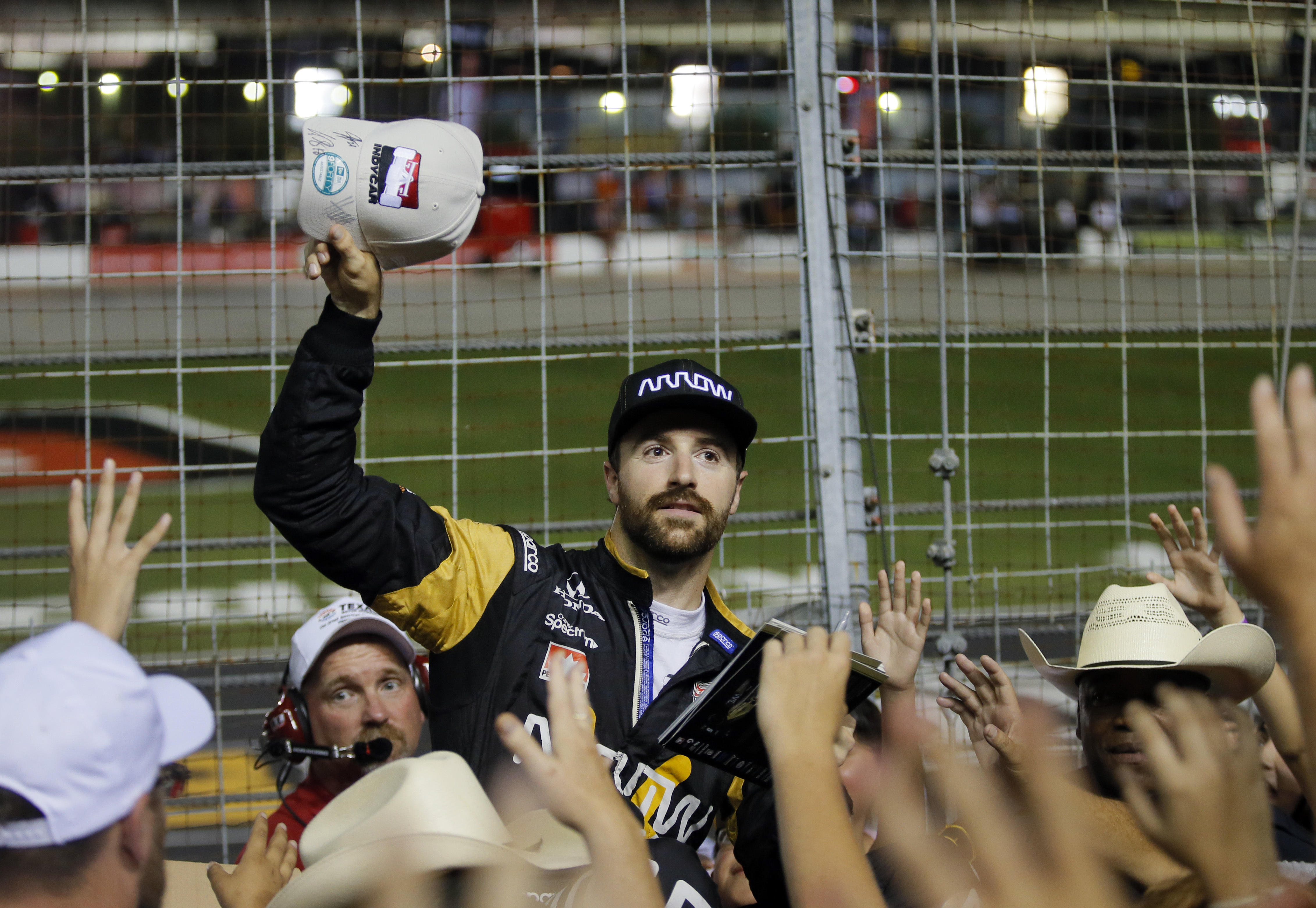 LONG BEACH, Calif. -- Not once did James Hinchcliffe think his career was over after a near-fatal accident in 2015.

The IndyCar star nearly bled to death after wrecking in practice at the Indianapolis 500, and even though his injuries sidelined him the rest of the season, he knew he’d be back.

Indeed, he ran a full season last year, then had a successful stint on “Dancing With the Stars” in which he raised his profile while finishing second on the show.

At long last, he’s got his first win on the race track since his accident.

Hinchcliffe won a three-lap shootout to the finish Sunday on the streets of Long Beach to win in a Honda for Schmidt-Peterson Motorsports. It was the Canadian’s first victory since 2015 at New Orleans, a month before his accident at Indianapolis Motor Speedway.

“To finally do what was goal No. 1 when we set out at the start of the season, to get back into winner’s circle, to do so as early in the season as we have, as convincingly as we did, was great,” said Hinchcliffe.

Hinchcliffe’s life was saved nearly two years ago by the at-track safety crew that smartly pinched off the blood flow and raced him into surgery. He had a pole-winning run at the Indianapolis 500 last year that cemented his return, but he still needed a victory.

He’ll gladly take it at Long Beach, the most historic street course race in the country.

“After Indy and personally me for Toronto, this is the biggest one to win,” Hinchcliffe said. “I’ve had a lot of luck here. We’ve been really quick here in the past and to finally get to victory lane here is more than I can put into words. This place has a lot of history, that’s what drivers really care about. The greatest of the greats have won here.

“Toronto, Indy and this place were on my bucket list to win before I die, and it’s nice to check one off.”

Sebastien Bourdais followed his season-opening victory at St. Pete with a second-place finish to give Honda a 1-2 podium finish.

Josef Newgarden was the highest finishing Team Penske driver and was third in a Chevrolet.

Scott Dixon was fourth in a Ganassi Honda, and defending race winner Simon Pagenaud, from Penske, drove from last to fifth.

It was a miserable day for Andretti Autosport, which seemed to have a shot at putting at least one driver on the podium.  Instead, Marco Andretti retired early with an issue. Then, in the final 17 laps, the remaining three Andretti cars all had race-ending problems.

Alexander Rossi slowed on the front stretch to bring out a full course caution, and Hinchcliffe took the lead as Dixon pitted.

Hinchcliffe still had to hold off Andretti driver Ryan Hunter-Reay, but he stopped on course with a mechanical problem to bring out another caution. Moments earlier, Andretti driver Takuma Sato also came to a stop on the course.

“I don’t know what happened. It was something electrical,” Hunter-Reay said. “I tried cycling the car a few times and it didn’t fire. Then, once we had sat (in the runoff) for a few moments, we tried flipping a few switches and it fired back up again but it was too late to rejoin the race.

“We were going to have a good showdown there at the end. That’s why this sport can be so rewarding and so cruel, there’s nothing you can do.”

It set it up for Hinchcliffe to have to race Bourdais to the finish, but Bourdais was focused on the big picture in the closing laps. Hinchcliffe had gotten off to such a great start when racing resumed, that Bourdais tried only to maintain his running position.

“We played to our strengths and I’ve always been comfortable saving fuel,” Bourdais said. “We lost balance a little bit, and I was really thinking about saving second place. I was thinking championship.”