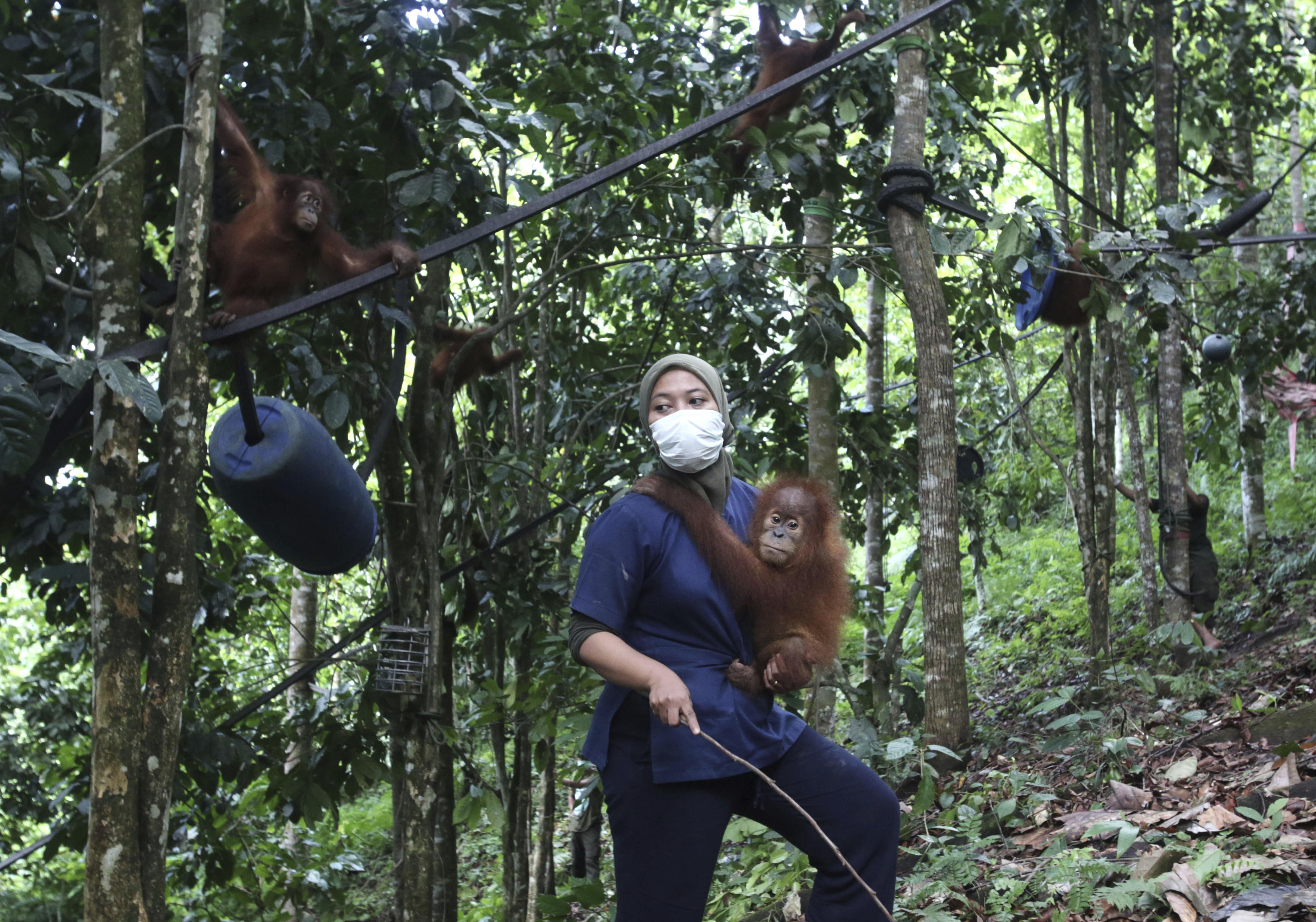 JAKARTA, Indonesia -- Nearly a fifth of the forest in an orangutan sanctuary on the Indonesian part of Borneo has been taken over by people, a conservation group says, threatening efforts to rehabilitate the critically endangered great apes for release into the wild.

People thought to have migrated from other parts of Indonesia have occupied part of the sanctuary, cut down trees and planted crops including palm oil, Borneo Orangutan Survival Foundation spokesman Nico Hermanu said Thursday.

The human activities are near a "forest school" where more than 20 orangutans live semi-independently and learn how to find food, build nests and other skills they need for survival - a crucial part of their rehabilitation from trauma often inflicted by people, who take babies for pets or kill the animals for wandering into plantations.

The foundation bought the land for the 4,571-acre sanctuary from locals over several years and restored its forest. It now cares for 170 orangutans overall.

Hermanu said the foundation told the residents they were encroaching on the Samboja Lestari sanctuary, "but their activities keep continuing."

Local police have refused to prosecute and recommended talks instead "which won't solve anything," he said. The foundation is now seeking the help of the local government in East Kalimantan province to ensure its rights over the land.

Nearly 840 acres of the sanctuary have been encroached, and Hermanu said some of it may have stemmed from dry season fires in 2015 when part of Samboja Lestari burned. Plantation companies and villagers often deliberately set the fires to clear land for planting.

The number of orangutans in Borneo and on the Indonesian island of Sumatra, recognized as separate species and both classified as critically endangered, has fallen precipitously since the 1970s.

The orangutans are protected species in Indonesia and Malaysia but deforestation has dramatically shrunk its habitat, with about 40 percent of Borneo's forests lost since the early 1970s and another huge swath of forest expected to be converted to plantation agriculture in the next decade.

Borneo Orangutan Survival Foundation, one of several groups focused on orangutan conservation, also has 60-year concession rights to about 212,000 acres of forest in Borneo that it bought from the government in 2011 for 12.9 billion Indonesian rupiah ($1.5 million at the time). About a quarter of it is suitable habitat for releasing orangutans after their years-long rehabilitation.