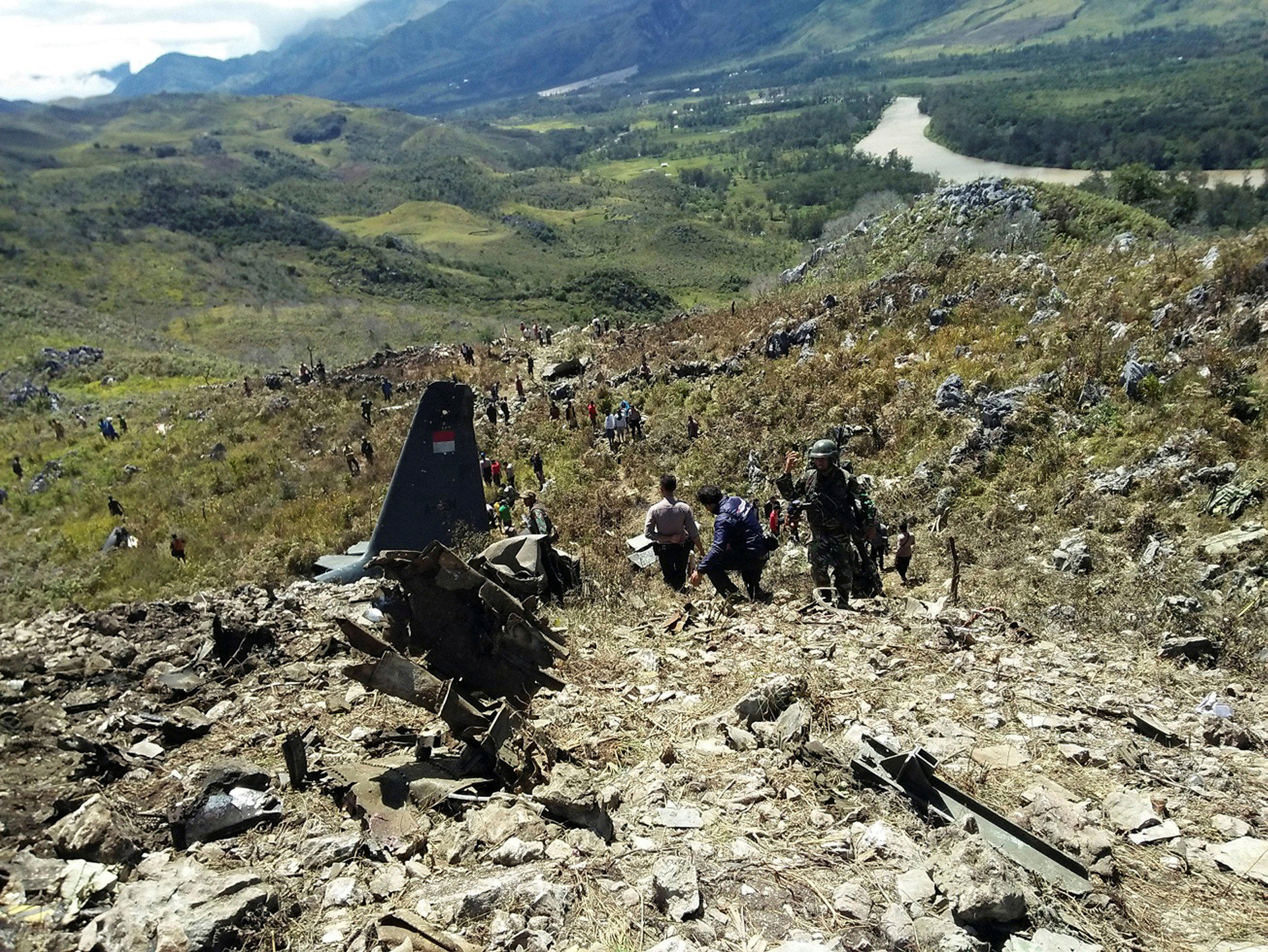 JAKARTA, Indonesia - An Indonesian military transport plane crashed in bad weather Sunday in the country’s easternmost province of Papua, killing all 13 people on board, officials said.

The Hercules C-130 plane was carrying 12 tons of food supplies and cement from Timika to Wamena, a distance of about 125 miles, when it crashed just minutes before its scheduled landing, said air force chief of staff Agus Supriatna.

The plane was carrying three pilots and 10 other personnel.

Bad weather and low clouds in Wamena, the capital of the mountainous district of Jayawijaya, were believed to be factors in the crash, deputy air force chief of staff Hadiyan Sumintaatmadja told a news conference.

An investigation was underway. Sumintaatmadja said the aircraft, purchased from Australia, where it was first used in the 1980s, had more than 60 hours left until its next routine maintenance.

The plane took off from Timika at 5:35 a.m. and crashed about four minutes before it was scheduled to land in Wamena. TV footage showed rescuers and locals at the wreckage site, where they had recovered all the victims.

It was the third serious air accident in Indonesia in less than a month. On Nov. 24, a Bell 412 EP helicopter from the Indonesian army crashed in Indonesia’s part of Borneo island, killing three people. A week later, a police plane with 13 people aboard crashed into the sea on the way to the island of Batam, near Singapore.

Indonesia, a sprawling archipelago of more than 250 million people, has been plagued by transportation accidents in recent years, from plane and train crashes to ferry sinkings. The military, which suffers from low funding, has also regularly suffered airplane and helicopter crashes.

In July last year, an air force Hercules plane crashed into a neighborhood of Medan, Indonesia’s third-largest city, killing more than 140 people, including military personnel, family members traveling with them and people on the ground.