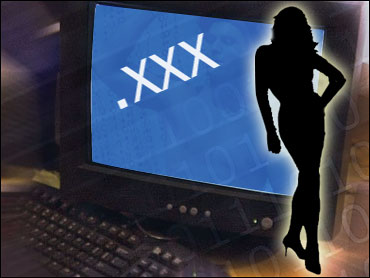 Indonesians grappled with their first-ever celebrity sex-tape scandal, casting aside social taboos as they swarmed around office computers and mobile phones to watch clips allegedly showing a much-loved pop star with two girlfriends.

The story topped newscasts for a week and dominated chatter on social-networking sites such as Facebook and Twitter. But just as controversial was the reaction of officials in the newly democratic nation.

Police initially threatened to charge the "stars" under a strict anti-pornography law.

Several high schools were raided for mobile phones so the offending clips could be removed. And some ministers said the incident pointed, once again, to moral decay and the need for stricter controls of the Internet.

Indonesia, a secular nation with more Muslims than any other in the world, emerged from 32 years of dictatorship in 1998. It won praise for tackling the tough tasks of fighting corruption and terrorism and implementing widely lauded social and economic reforms.

But it still faces challenges on the road to democratization, from the explosion of grass-roots campaigning on the Web to old-style politicians, who speak to small constituencies or narrow-based parties rather than the central government, said sociologist Wimar Witoelar.

For some, the initial instinct still is to clamp down.

When the scandal spurred debate as to whether education about sex — a subject still taboo at home and in the classroom — should be added to the school curriculum, Minister of Education Muhammad Nuh responded with a flat out "no."

"I may be obsolete, but I don't see that sex education in schools is needed," he told reporters. "I believe people will learn about sex naturally."

Instead, he recommended authorities search students' mobile phones for copies of the tapes, the rapid dissemination of which "violates the rules and cultural norms in a religious society."

"Whoever is responsible should be punished," Nuh said.

The first six-minute video clip appears to show pop singer Nazril Irham, better known as Ariel, in bed with his girlfriend Luna Maya, a top model, actress and, up until the scandal, the face of Lux beauty soap.

The two deny it was them, saying the footage has been doctored, but were called in for questioning by police.

Initially officers threatened to charge them under a tough anti-pornography law, even though there was no indication the intimate but explicit sex scenes were ever intended for public viewing.

"If someone is proven to have intentionally distributed the videos, that person will be charged," said Brig. Gen. Zainuri Lubis, spokesman for the national police, adding even those caught downloading clips and copying it for others could face jail time.

Local media said the video started appearing in early June after Ariel's laptop was stolen and many similar tapes, with other celebrities, are still out there.

As the tapes were downloaded onto Facebook and YouTube (they have since been removed by the sites' administrator) and distributed from mobile phone to mobile phone, the country tottered on the verge of sexual hysteria.

Fifteen-year-old Bintang Irvano, a student at a high school in south Jakarta, huddled around a mobile phone with his two friends to look at the video "for about the fourth time."

He said after teachers started launching daily raids, teens started removing the footage from their phones ahead of class only to later upload it.

"It's easy to get it back again," said Raikhan Daffa, 16. "We just pass it to one another by Bluetooth."

"Hey, it's one way to learn about sex!" he said, laughing.

Work grinded to a halt at some offices last week, as employees discussed the scandal on Facebook or forwarded a steady string of jokes, the punch lines all tied to the scandal.

The country of 240 million has seen an explosion of social networking as more people have access to the Internet, prompting the government earlier this year to propose a bill to regulate content.

Public pressure forced it, eventually, to be shelved.

But, in the wake of the sex-tape saga, Minister of Information and Technology Tifatul Sembiring renewed calls for content control, and teams immediately set out to deploy firewalls for more than 2,000 Internet cafes around the country.

He said it was a "race against time" to protect children from harm.

Others argued while it is important to protect the young, new media has a key role to play in helping democratize the country, and curtailing content does not come without risks.

"The government may have good intentions," said Roy Suryo, an information and technology analyst. "But freedom of information and personal access rights have to be protected as well."