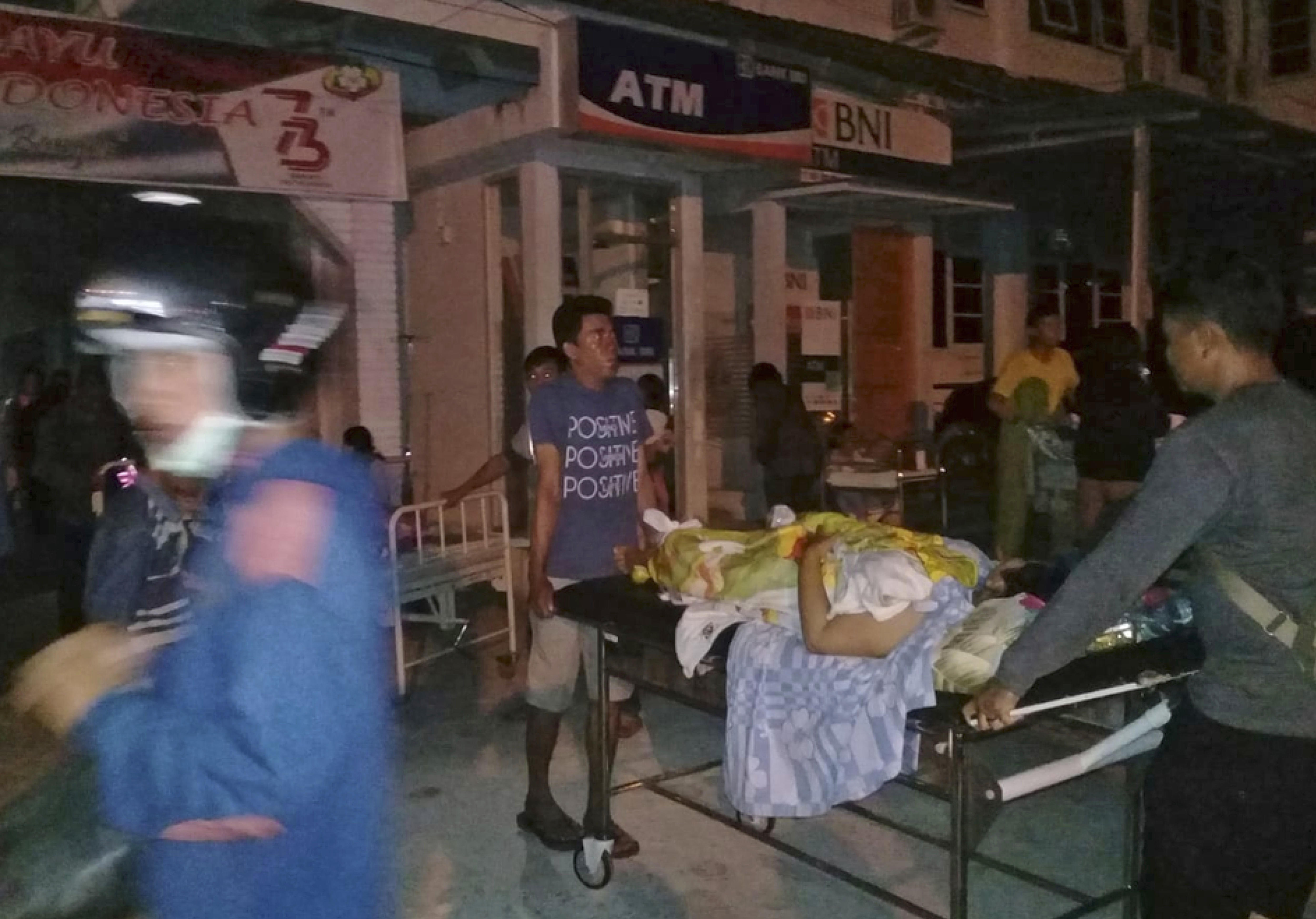 JAKARTA, Indonesia -- A powerful earthquake rocked the Indonesian island of Sulawesi on Friday, triggering a 10-foot-tall tsunami that an official said swept away houses in at least two cities. Disaster agency spokesman Sutopo Purwo Nugroho said the tsunami hit Palu, the capital of central Sulawesi province, as well as the smaller city of Donggala and several other coastal settlements.

Indonesian TV showed a smartphone video of a powerful wave hitting Palu, with people screaming and running in fear. The water smashed into buildings and a large mosque that collapsed under the force.

Houses were swept away and families were reported missing, Nugroho said, adding that communications and power to the area were disrupted. "The cut to telecommunications and darkness are hampering efforts to obtain information," he said.

"All national potential will be deployed, and tomorrow morning we will deploy Hercules and helicopters to provide assistance in tsunami-affected areas," Nugroho said. The region was rocked by a magnitude 7.5 earthquake Friday and numerous strong aftershocks, including one of magnitude 6.7.

An earlier magnitude 6.1 quake in central Sulawsi killed several people, injured 10 and damaged dozens of houses. The chief of the meteorology and geophysics agency, Dwikorita Karnawati, said the tsunami waves were up to 10 feet high.

Karnawati said the tsunami warning triggered by the biggest quake, in place for about half an hour, was lifted after the tsunami was over. "The situation is chaotic, people are running on the streets and buildings collapsed," Karnawati told the Reuters news agency. "There is a ship washed ashore."

Sutopo said the military was deploying troops to Palu and Donggala and the national police were also mobilizing to help the emergency response, as well as personnel from the search-and-rescue and disaster agencies. "People are encouraged to remain vigilant," Sutopo said.

"It is better not to be in a house or building because the potential for aftershocks can be dangerous," Sutopo said. "People are encouraged to gather in safe areas. Avoid the slopes of hills."

Palu's airport halted operations for 24 hours due to earthquake damage, according to AirNav, which oversees airline traffic in Indonesia. Mirza Arisam, a resident of Kendari, the capital of neighboring Southeast Sulawesi, said his uncle and his family of five, including three children, were on vacation in Palu and he has been unable to contact them since the tsunami hit.

After the 7.5 quake struck, television footage showed people running into the streets. Women and children wailed hysterically in a video distributed by the disaster agency, which also released a photo showing a heavily damaged department store.

"It was so strong. The strongest I ever felt. We all ran out of buildings," said Yanti, a 40-year-old housewife in Donggala who goes by a single name.

"All the things in my house were swaying," another Donggala resident, Mohammad Fikri, said of the earlier 6.1 quake. U.N. spokesman Stephane Dujarric said U.N. officials were in contact with Indonesian authorities and "stand ready to provide support as required."

Indonesia is prone to earthquakes because of its location on the "Ring of Fire," an arc of volcanoes and fault lines in the Pacific Basin. In December 2004, a massive magnitude 9.1 earthquake off Sumatra in western Indonesia triggered a tsunami that killed 230,000 people in a dozen countries.