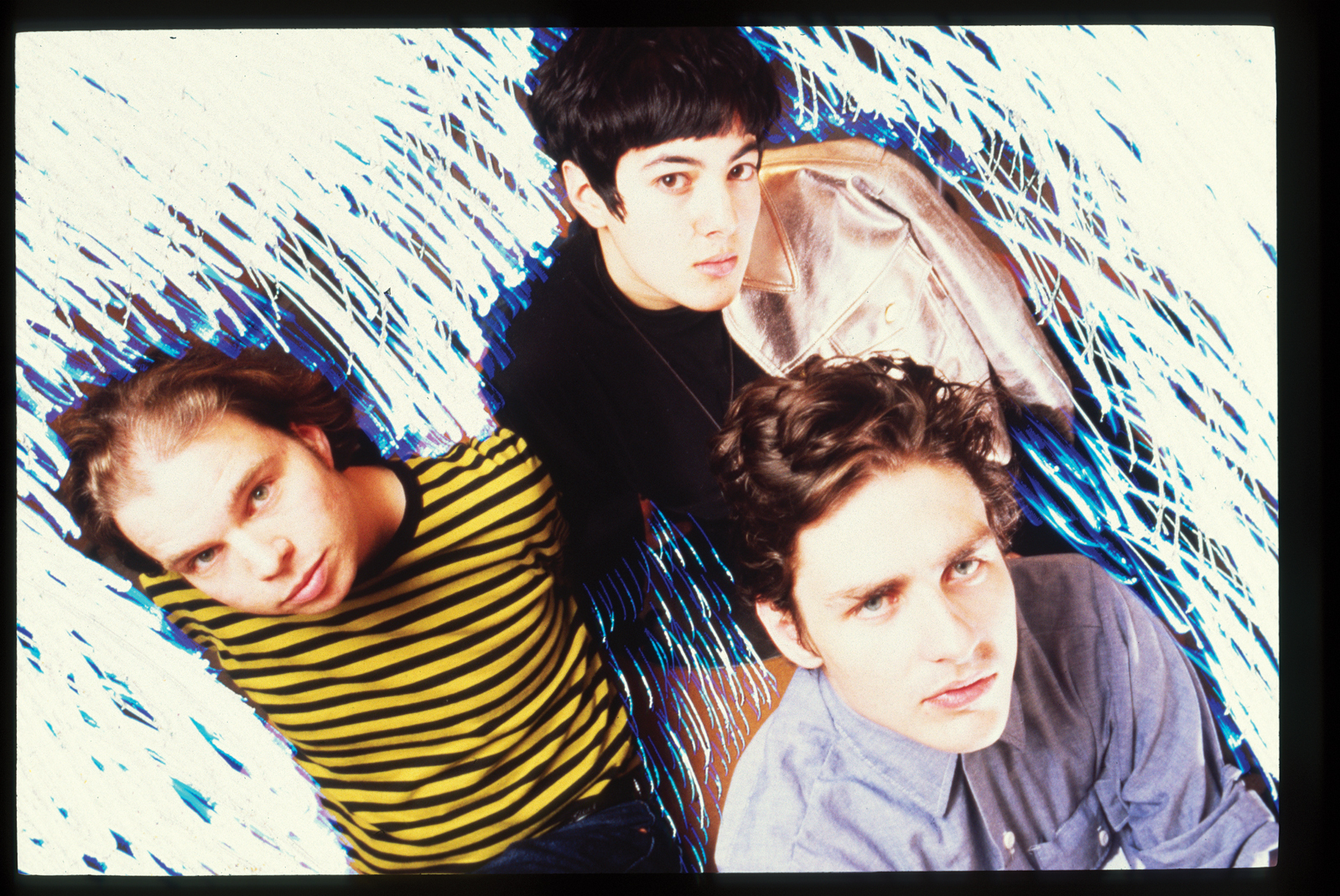 It is not often that a band that had a really short lifespan and recorded only three albums is still mentioned years after it had broken up. But that's the unique musical legacy left by the Boston/Cambridge-based alternative rock group Galaxie 500.

Formed in 1987 by guitarist/singer Dean Wareham, drummer Damon Krukowski and bassist Naomi Yang, Galaxie 500 created atmospheric and dense music that was generally slow in tempo -- a contrast to most of its rock-oriented peers during the late '80s. Influenced by the Velvet Underground, punk and post-punk music, Galaxie 500 provided a sonic template that most younger bands still follow today. Following a string of acclaimed records, the band was on the precipice of greater mainstream popularity until it split up in 1991, ironically the same year when alternative music broke with the arrival of Nirvana.

"Galaxie's music is completely original, but only subtly so," writer Mike McGonigal, who has been long acquainted with the group's music, told CBSNews.com. "You could write some kind of rock and roll equation for their sound quite easily -- whatever, [the third] Velvet Underground album + K Records divided by Young Marble Giants plus the hazy gauze of Clay Allison. They were perfect for their time, and no one else sounded like them."

Now the career of the band is the subject of a new book, "Temperature's Rising: Galaxie 500: An Oral and Visual History," published by Yeti. With text by McGonigal and images from the archival collection of Yang, "Temperature's Rising" tells the story of three friends from New York City who started the band over 25 years ago; traces its triumphs through acclaimed albums and touring; and concludes with the band's somewhat rather bitter breakup. It features recent interviews with the principal members as well as commentary from friends and former associates, including longtime producer Kramer and Cocteau Twins member Simon Raymonde.

"The book actually began as an assignment from Mark Richardson at Pitchfork three years ago," explains McGonigal, "on the occasion of some deluxe reissues of the group's catalog. I'd done a few mini oral histories before in a Studs Terkel, Jr./ "Please Kill Me" [the 1997 oral history book of punk rock by Legs McNeil] style and greatly enjoyed it, so I was really glad when Richardson suggested that format at the outset."

Yang provided the commentary for the many Galaxie 500-related items from her collection that are featured in "Temperature's Rising." It was a project that she had wanted to do for ten years. "I had had the idea because I had saved all this stuff," she said. "And I thought it would be kind of a nice way to tell a story of the band through the ephemera, through the objects, since the flyers, the posters, all the graphic design and photograph were the mementos of not just the band but also of a time that's passed -- when people did save these things and there was this physical paper trail to a band's birth, growth or death -- in a different way than it is now because everything is virtual."

One of the pieces from her archive is a collection of photographs from 1988 that depict the arrival of copies of the band's first-ever single, "Tugboat," from the pressing plant. "We couldn't believe it," Yang says now. "It was sort of the furthest that we could imagine of the extent of our vision was to actually have a real 7-inch single. It was fun. We were kind of surprised. It was a moment when the music business actually all of a sudden became very real to us. It was like, 'Wow, look it's really here,' but then all of a sudden, it was like this commercial object that means something else."

McGonigal recalls getting a review copy of the "Tugboat" single at the time and loving it. "I remember clearly listening to this record after it arrived, over and over again," he said, "then taking it to friends' apartments and dorm rooms and doing the same thing with it. I called the number on the press release to enthuse about it and thank the person for sending me this little blessed-out thing, and that turned out to be the band's manager, Marc Alghini, whose small label Aurora initially released the first Galaxie 500 and LP."

He eventually saw Galaxie 500 perform live at the New Music Seminar. "It was a revelation," he said. "They were always a riveting live band, and were far louder for sections of each show than you'd ever get a sense of on their recordings. They weren't silly, fey emo kids; they'd tap into a whirling frenzy when they wished to.

"We hit it off, and instantly were friendly. Later, I asked them to play a show I put together with the Go Team and Mecca Normal, at a yoga studio on the Lower East Side called Jiva Mukti. And then when the fanzine shop See Hear I worked at flooded, I asked them to play at a benefit for the store at CBGB's, which is when Sonic Youth who were also on the bill got to hear them (and surprised me by liking them.)"

In addition to being Galaxie 500's former bassist and co-songwriter, Yang was also the band's visual auteur through her photography and graphic design. She made flyers and posters and even did the typographical work in a time before Photoshop. "The idea of trying to find a graphic image somehow was enticing and evocative," she said, "[that] would make someone interested. It was something that I was thinking a lot about. So doing a poster was very natural thing for me; it wasn't like a burden or a big deal. In fact, I really liked doing all that. It was my own interest in graphic design that sort of predated the band."

The book goes on to describe the making of the albums "Today," "On Fire" and "This is Our Music" with producer Kramer; performing in Europe and appearing on radio sessions for the legendary British DJ John Peel; and signing to major indie label Rough Trade. In hindsight, the amount of success Galaxie 500 achieved in a short amount of time is impressive by today's standards.

"The band went from being on their manager's label to getting signed to a giant, worldwide indie label," says McGonigal. "I'm sure they had to book their first tour ot two, but after then they had booking agents. They got flown to England to play, and the press there loved them. Aside from their first record, they never had to hand assemble their releases themselves, and do their own press, or put up all their own flyers. So they were a great band who was recognized in their own time and who fairly quickly got to where they could make a living off of their music."

But then the relationship among the members cooled around the time of the release of what would become the final Galaxie 500 album "This is Our Music." Just as the group was on the verge of touring Japan, Wareham abruptly quit the band. "I love that Galaxie 500 broke up when they did," says McGonigal, "because I doubt their fourth record would have been as good as the first three. There's only so much most bands have in them. And personally, as a fan, I'm happy that they aren't friends today, because there have to be a few bands left who won't get back together to do these awful reunion shows where the groups are humiliatingly asked to perform their best album, in order, front to back, for spoiled brats holding phones the entire time."

Following the band's break-up, Wareham led his own band Luna throughout the '90s and then collaborated with Britta Phillips as Dean and Britta; he is working on his upcoming solo record. Krukowski and Yang have recorded and performed together as the duo Damon and Naomi since 1992. They're currently composing a soundtrack for a silent film that Yang is making and editing with photographer Norman von Holtzendorff; she has also recently directed videos for Julia Holter, Meg Baird and Neutral Milk Hotel.

"We're very lucky that people are still interested in the band and the music," Yang says of Galaxie 500's legacy. "That's what I would hope for our work that it means something enough to people; that it wasn't just something of the moment; that it could still mean something to people like music that we love to listen that's years and years old. I feel very grateful that people can still be interested in it. I feel it's often nice because it has all the differences voices telling the whole history, so it's a very fair representation of what the band was and what happened."

To see photos from the book and commentary from Yang and McGonigal, check out the photo gallery above.