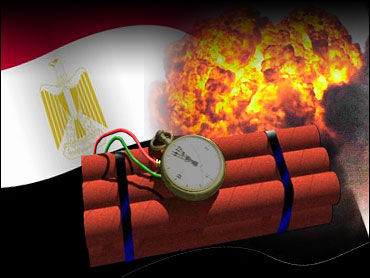 And in an unusual step, Budig announced his intention to talk to Wright and Indians manager Mike Hargrove about Wright's "deportment on the mound" when Cleveland visits New York next week.

"None of us wants to see Jaret told how to pitch," Indians general manager John Hart said. "He pitches inside and will continue to so do."

The trouble at Jacobs Field last Saturday began when Wright suspended for five games in April and fined $1,000 after hitting a Boston batter with a pitch following a home run nailed Detroit's Tony Clark in the batting helmet with a fastball in the top of the sixth inning.

In the bottom of the sixth, Ramirez charged Weaver after being hit in the helmet with a pitch, setting off a bench-clearing brawl. During the fracas, Parrish wrestled down Wright from behind.

Both teams were warned against further trouble. In the eighth, Nitkowski was ejected when his first and only pitch knocked Kenny Lofton to the ground.

"The American League this year has suspended only players who were ejected by umpires," Budig said.

"I think in Manny's case, obviously Manny was hit deliberately," Hart said. "It was retaliation of some sort and Manny reacted."

Hart said he spoke with Budig couple of times this week.

"I was hoping for some leniency and obviously none was given. In our situation, all you can do is grind your teeth. I don't think it was overly fair," he said.

Hart also spoke to Budig about Parrish's involvement in the brawl "and I told him I didn't think that was appropriate."