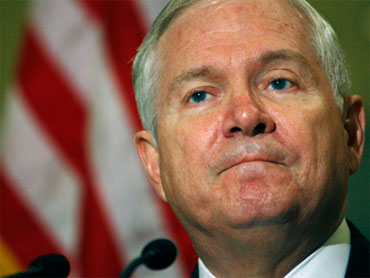 Federal agents on Monday removed the bodies of 26 diamond prospectors slain by Indians in a remote reservation in the Amazon jungle.

Meanwhile, a federal task force of 300 men was heading to the region to help resolve the tense situation between prospectors and Cinta Larga Indians, whose reservation sits on South America's largest diamond mine.

"The bodies were removed by helicopter and are heading here by airplane," said federal police officer Mauro Sposito, by telephone from Porto Velho, the state capital about 600 kilometers (375 miles) to the northwest.

Officials were still investigating what set off the April 7 attack that left 29 prospectors dead on the 2.7 million-hectare (6.7 million-acre) Roosevelt reservation.

Three bodies were found last week. After reports that many more prospectors had been killed federal agents turned up 26 more bodies on Friday.

The bodies were in advanced stages of decomposition and the men appeared to have been killed with arrows, clubs, spears and firearms.

A federal forensics agent said that 23 of the bodies were in a line and appeared to have been executed at close range.

That account coincides with what Antonio Jose Alves dos Santos, 38, who claims to have survived the attack, says he saw on the night of the murders.

"They killed two right off and tied up what looked to me like 35 people, though there may have been less," said dos Santos who said he escaped running through the woods for days.

Dos Santos believes the killings were incited by a "diamond mafia" that wanted the prospectors off the land because the diamonds were of very high quality.

Last month, police arrested 14 members of an alleged diamond smuggling ring that reportedly had buyers in South Africa and Belgium.

The Cinta Larga Indians claim they were acting in self-defense.

"According to the Indians, they were taking the miners off the reservation to police when they heard them planning to return to kill some Indians," said Funai's Valdir Jesus Goncalves. "That triggered the massacre."

But since the massacre Cinta Largas have disappeared from the city and federal officials have refused to allow the press access to the reservation.

Apoena Meirelles, the anthropologist who first made contact the hunter-gatherer tribe with a fierce warrior tradition in the late 1960s, accompanied federal police.

"The Indians are calm, but they don't want to see white people right now," he said.

Rondonia is a fertile western region bordering Bolivia that has blossomed as a farming center in recent decades. The Cinta Larga Indians were first contacted by western civilization in the late 1960s, but development has been at best a mixed blessing.

About two-thirds of the 1,300 strong-tribe have learned Portuguese, Brazil's national language. The reservation has a health post and a school, and many Indians wear western clothes like shorts and T-shirts.

Most still survive by hunting and fishing, as their ancestors did. But the discovery of a huge diamond reserve is changing that.

Illegal prospectors began to invade the reservation in 1999, aggravating alcoholism, unemployment and sexually transmitted diseases among Indians. In 2002, police forcibly evicted some 3,000 prospectors, and Indians decided to take up mining and distribute the profits among the tribe.