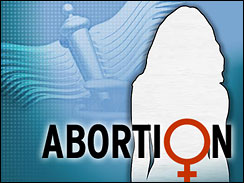 The Indiana Supreme Court on Wednesday upheld a law that requires women seeking an abortion to get counseling about medical risks and alternatives, and to wait at least 18 hours after the session before going through with the procedure.

The court ruled in a 4-1 vote that opponents of the law could not pursue their lawsuit, which argued that privacy is a core right under the state constitution that extends to women seeking to end their pregnancies.

The court said such a challenge would fail because the law "does not impose a material burden on any right to privacy or abortion that may be provided or protected" under the state constitution.

The court said it was not ruling on whether the state constitution included a right to privacy or abortion.

"It's a ruling that ought to remind everyone that states, and state courts, have a lot of leeway to enact and rule upon laws that affect abortion rights without touching upon the core of the Roe v. Wade ruling," Cohen said.

The state attorney general's office argued before the court in June that privacy was not a specific right enforceable by Indiana courts and said the General Assembly has broad discretion in passing laws.

Sarah Rittman, a spokeswoman for Attorney General Steve Carter, said the office would have no comment on the ruling.

"We're disappointed," said Fran Quigley, executive director of Indiana Civil Liberties Union. He said the law poses a financial burden for some women because it forces them to make two trips to a clinic that in many cases is not in their home county.

Quigley said his group would discuss with the abortion providers who filed the lawsuit whether to seek another hearing before the state Supreme Court, which has the final say in the matter because it concerns the state constitution.

Federal courts have upheld the 1995 law, which didn't go into effect until 2003 because of court challenges.

The state lawsuit, filed by abortion providers, was dismissed by a Marion County judge, but the Court of Appeals had ruled that they could continue their challenge.

"We may see an appeal here to the U.S. Supreme Court, or at least an attempt to get the justices to hear the case, but I'm not sure that's going to happen," Cohen said. "The high court doesn't take every abortion rights case it is asked to take and it already has that late-term abortion case on the docket, scheduled for oral argument soon."

Abortion counseling is required in 31 states, and 23 states also require a subsequent waiting period — usually 24 hours, according to the Guttmacher Institute, a nonprofit group that researches reproductive health issues. Indiana is one of only six states that requires the counseling sessions to be conducted in person.

Counseling requirements are waived when there is a medical emergency.