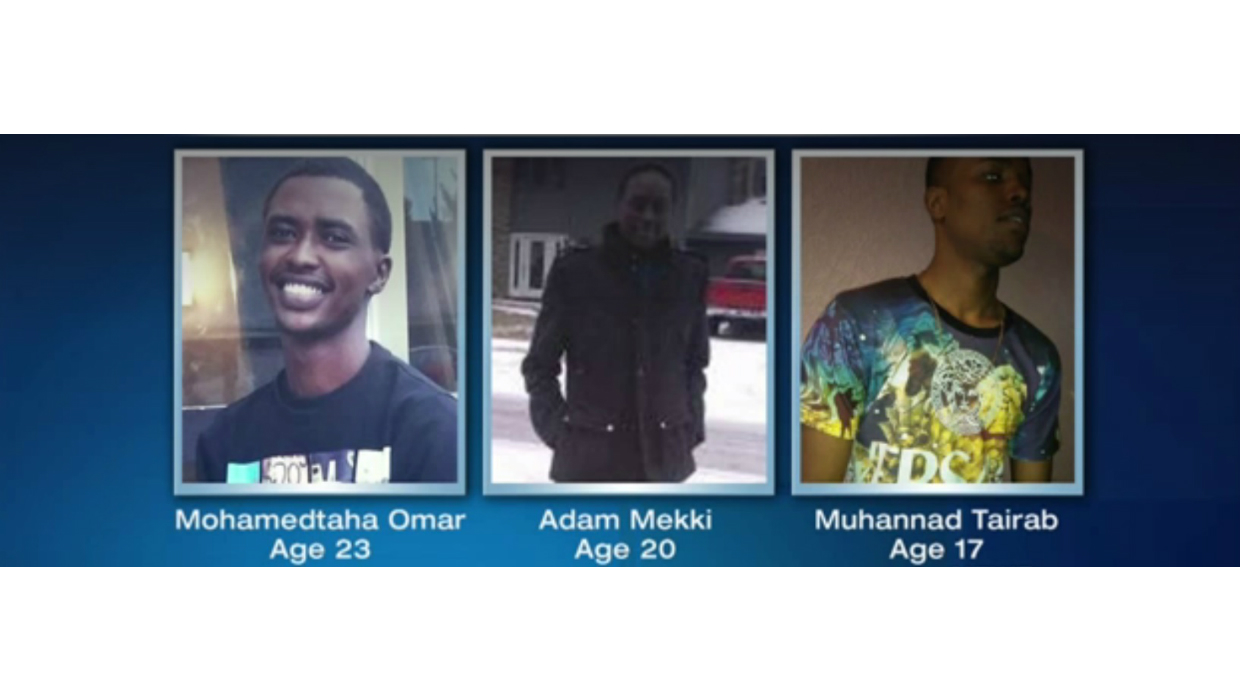 FORT WAYNE, Ind. -- Police have been unable to determine any persons-of-interest or motive in the execution-style triple murder of three Sudanese immigrants in Fort Wayne, Ind., but have ruled out the possibility that the killings were a hate crime.

The bodies of Mohamedtaha Omar, 23, Adam Mekki, 20, and Muhannad Tairab, 17, all of Fort Wayne, were found at around 5:30 p.m. on Feb. 24. The victims, two of whom were Muslim, each suffered multiple gunshot wounds, according to police.

Investigators combed the home, described by police as a well-known "party house," for clues, but have not yet figured out why the men died, or narrowed down their search to any particular suspect. However, Fort Wayne police officer Michael Joyner told 48 Hours' Crimesider Monday that one motive in particular is no longer being considered.

"We know that this is not a hate crime. Totally ruled that out," Joyner said. "I've seen that there has been some suggestion in the national media of that, but we can safely say that it was not a factor."

Joyner did not explain what evidence led police to rule out hate as a possible motive. He noted that people associated with a local gang have been known to hang out at the house where Omar, Mekki and Tairab died.

The trio were not known to be associated with gang activity, according to police. Joyner said the homeowner has been cooperating with investigators.

"Everybody's cooperating with law enforcement. This was a shock to our community," Joyner said.

Hundreds turned out to a memorial service for Tairab and Omar Sunday, CBS affiliate WANE reports.

"They will always be remembered as good kids," said Abdelaziz Hassab, a relative of Omar and Tairab, in an interview with WANE. "Always have been diligent to help their families and look for a better future."

It is not clear how Omar and Tairab are related. Their untimely deaths have sent shockwaves of insecurity through community, Hassab said. He noted that the victims fled Sudan's genocide in the mid-2000s.

"We all came here to find peace and security," Hassab said. "We're from the war zones, but the destiny waiting for us is real crazy."