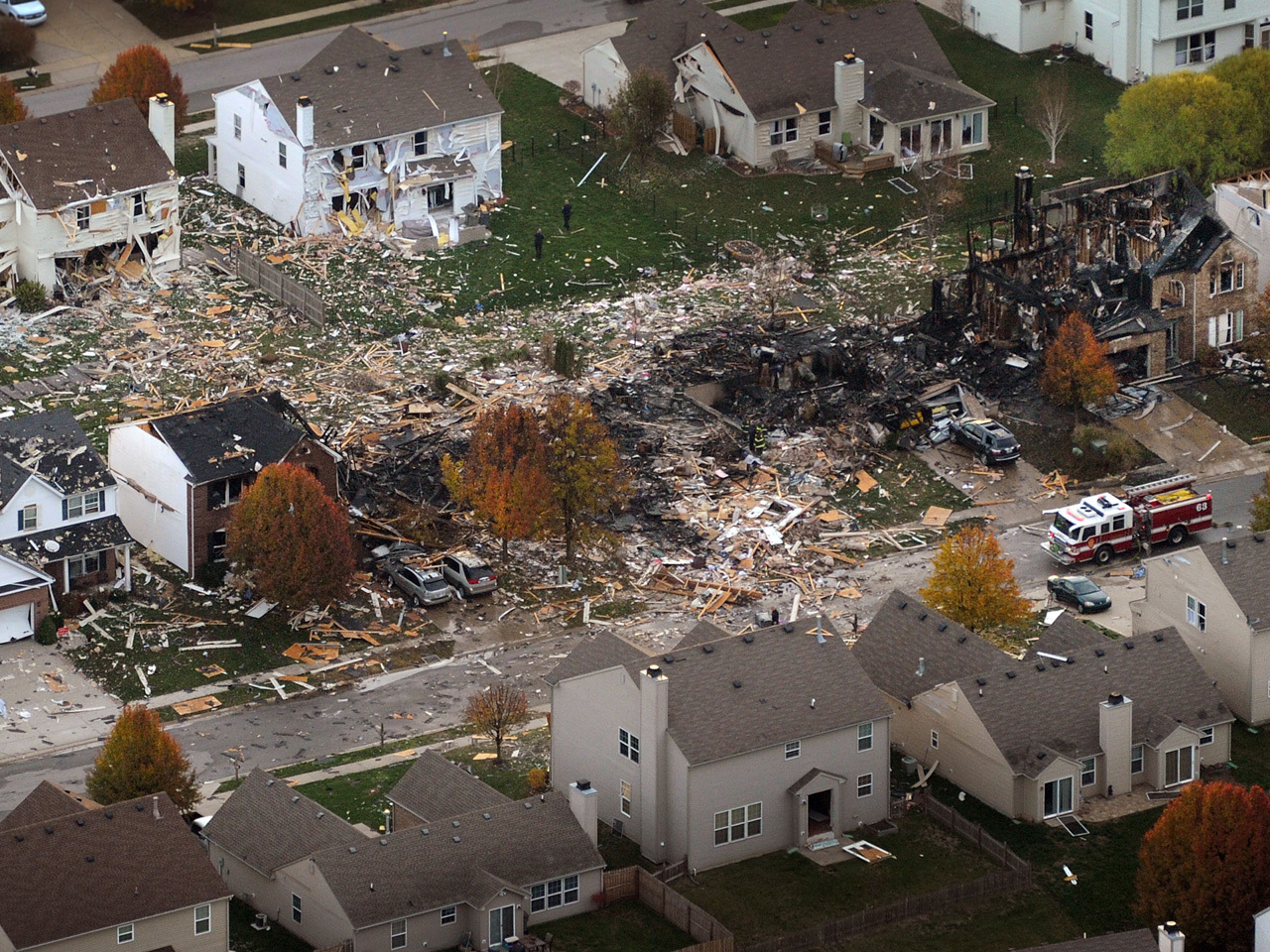 (AP) INDIANAPOLIS - A homeowner, her boyfriend and the boyfriend's brother have been charged with murder in connection with a house explosion in Indianapolis that killed two people, destroyed five homes and damaged dozens more, a prosecutor said Friday.

The blast destroyed five houses including the Longworths' home located next door to Shirley's home in the Richmond Hill subdivision on the city's far south side. The late-night explosion, which was heard from miles away, damaged about 90 more homes and sent residents fleeing, some in their pajamas.

Officials ordered the demolition of about three dozen of the mostly heavily damaged homes and say the blast caused an estimated $4.4 million in damage.

On Nov. 19, authorities launched a homicide investigation into the blast after city arson investigators, along with agents from the Bureau of Alcohol, Tobacco, Firearms and Explosives, concluded it was not an accident.

Officials said they believed the explosion was intentional and caused by natural gas, but released no other details. Federal authorities are offering a $10,000 reward for information in the case.

Attorney Randall Cables has said Shirley and Leonard were away at a southern Indiana casino when the explosion happened. Shirley's daughter was staying with a friend, and the family's cat was being boarded.

Shirley has said Leonard had replaced the thermostat and that the furnace was working. Cables has said the daughter told her mother she had smelled an odd odor in recent weeks, but they hadn't reported it.

John Longworth was an electronics expert and his wife was a second-grade teacher.