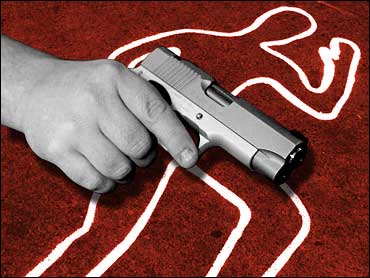 FORT WAYNE, Ind. -- Authorities in Indiana were seeking information Sunday after two men and a teenager who were part of an African community were found shot to death last week inside a Fort Wayne home.

The families of the three were from central Africa and belonged to a community that is heavily Muslim, Hamilton and York told the (Fort Wayne) Journal-Gazette.

Darfur People's Association founder and vice president Motasim Adam, who visited with the families Saturday, told The Associated Press on Sunday that Omar and Tairab were Muslim and Mekki was Christian.

Vox Media published a story Saturday that called the killings "mysterious," prompting people on social media to question why it did not receive wider news coverage. The killings came the same week as mass shootings in Kalamazoo, Michigan; Hesston, Kansas; and near Belfair, Washington.

The residence where the bodies were found was known as a party house for teens and young adults of African descent, York told WPTA-TV.

A day of remembrance started at the Islamic Center of Fort Wayne on Saturday for Omar and Tairab, who immigrated to the U.S. in the last decade, WANE-TV reported.

"We all came here to find peace and security ... we're from war zones," Abdelaziz Hassab, a relative of the two, told the television station. He also said Omar and Tairab "always have been diligent to help their families and look for a better future."

The police chief offered his condolences at the remembrance and urged people to help police solve the crime.

The families of Omar and Tairab will meet with police Tuesday to hear about the ongoing investigation.