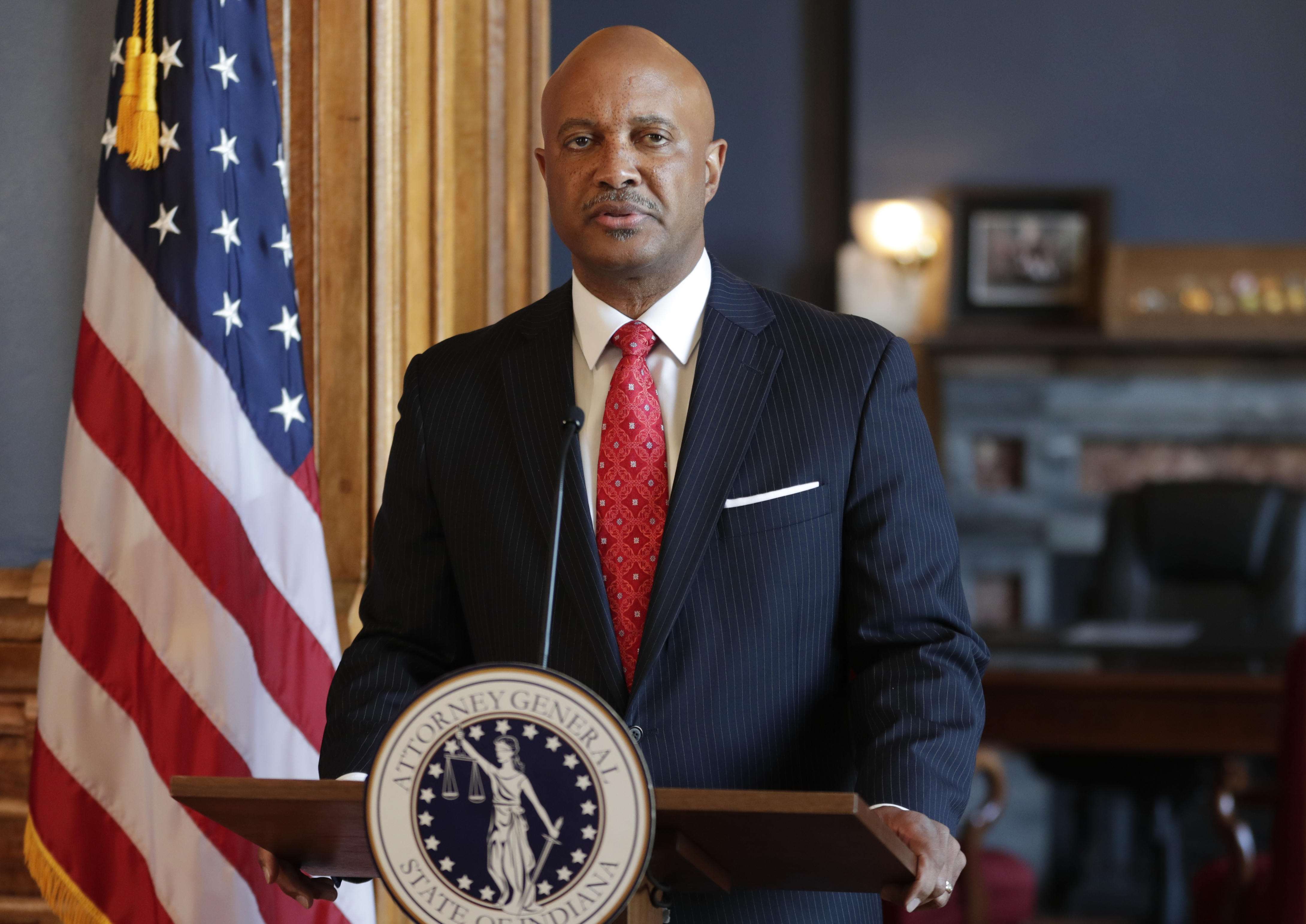 INDIANAPOLIS— Indiana Attorney General Curtis Hill defiantly rejected calls to resign on Monday, saying his name has been "dragged through the gutter" amid allegations that he inappropriately touched a lawmaker and several female legislative staffers during a party.

The Republican said during a news conference that he stands "falsely and publicly accused of abhorrent behavior." Hill said he learned about the allegations and an internal investigation stemming from the claims shortly before boarding a plane two weeks ago.

He said he has been unfairly treated by lawmakers and the media, and asked for a fair investigation.

"These past several days and weeks, my name and reputation have been dragged through the gutter in ways that I would have never imagined. Apparently in this climate the standard is guilty and 'who cares if you're innocent?'" he said from a podium outside his office. "A week ago today, I had a name. And I want my name back."

Republican Gov. Eric Holcomb and GOP legislative leaders called on Hill to resign last week after an internal legislative memo outlining the allegations was leaked to the media. Hill said Monday that he respects the governor but wished he would have reached out to him "before rushing to judgment."

Holcomb spokeswoman Stephanie Wilson said the governor does not have any additional comment at this time.

Hill called the allegations "vicious and false," but he declined to take questions during the news conference and didn't respond to shouted questions about whether he was calling the women liars.

The legislative memo at the center of the claims alleges that a lawmaker and three legislative staffers said Hill drunkenly groped them during a March party.

Candelaria Reardon wrote a column that described Hill's behavior as "deviant" when she encountered him in the early morning hours after the legislative session ended for the year. She said he leaned toward her, put his hand on her back, slid it down and grabbed her buttocks.

She said she told Hill to "back off," but he approached again later in the night, put his hand on her back and said: "That skin. That back."

McLemore said Hill cornered her at the party and asked, "Do you know who I am?" and proceeded to massage her back, while she worried what others who noticed Hill's unwanted advances would think.

Hill, a staunch social conservative who is married, had been viewed as a rising star in the Republican Party since his election in 2016. The former Elkhart County prosecutor is also an Elvis impersonator who has relished punditry appearances on Fox News.

If Hill doesn't resign, majority Republicans could take action to remove him. Indiana GOP House Speaker Brian Bosma and Republican leader David Long did not immediately respond to an inquiry regarding whether they plan to take action.