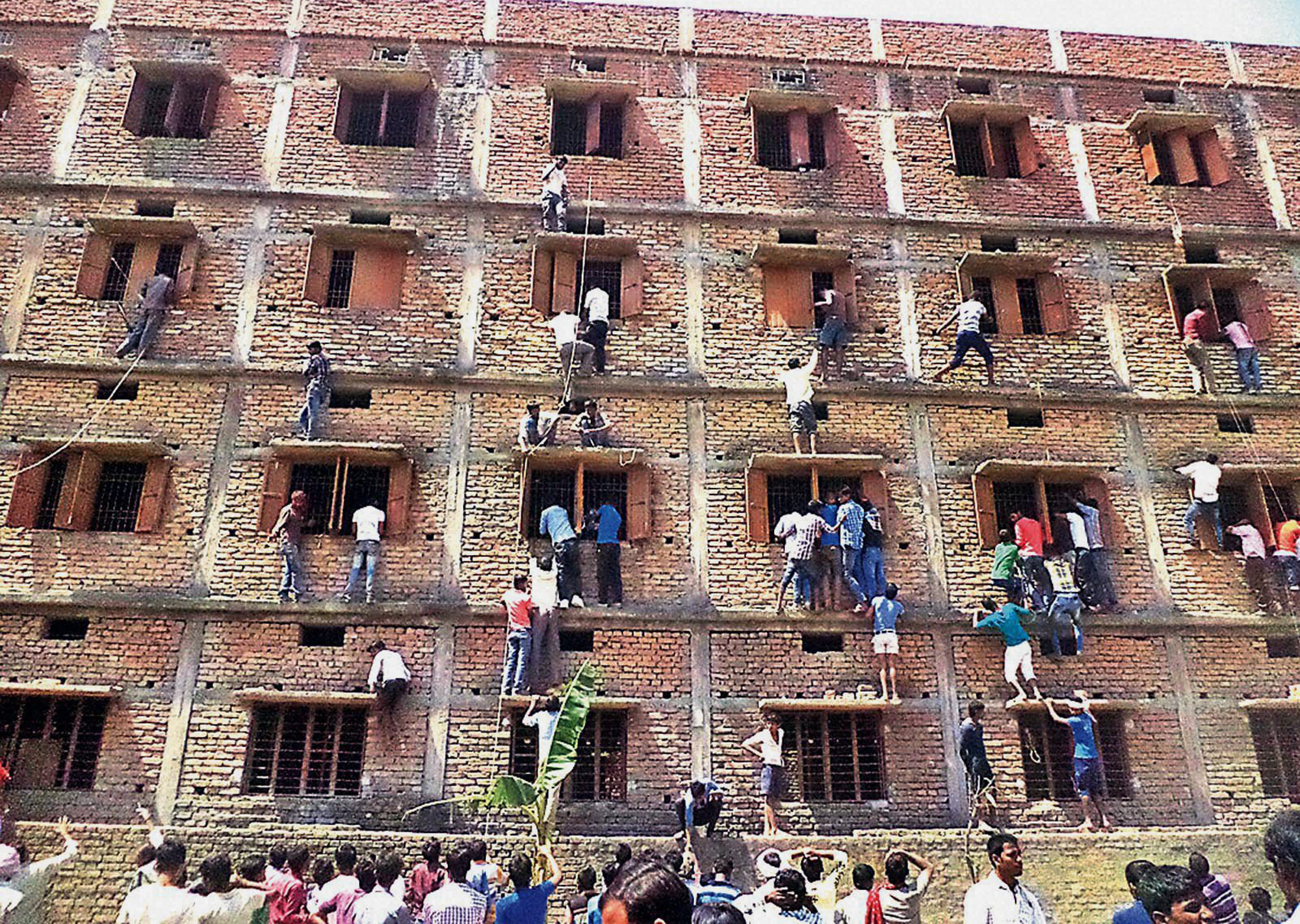 The incident has received widespread attention after Indian television footage showed parents and friends of students scaling the outer walls of school buildings to pass cheat sheets to students inside taking exams.

The Washington Post reported that photos and videos showing people scaling the school walls went viral in India on Thursday.

More than 1.4 million 10th graders are taking the tests at more than 1,200 high schools across the state. They face tremendous pressure because they must pass the exams to continue their education.

Teachers and state education department officials supervising the examination caught hundreds of students who had smuggled in text books or scraps of paper for cheating.

"It's virtually impossible to conduct fair examinations without the cooperation of parents," said P.K. Shahi, Bihar's education minister. He said it was not possible to monitor the 6 million parents and others who accompany the students to the examination centers.

State authorities posted police at all schools where examinations were being held, "but we can't use force to drive away the parents," he said.

Nearly two dozen parents were detained after they were caught helping their children, but were released after several hours.

On Friday, the high court in the state capital, Patna, ordered the Bihar police chief to ensure that examinations are conducted in a fair manner.

Bihar School Examination Board Secretary Sriniwas Tiwari said students caught cheating could be barred from taking the exam for up to three years, ordered to pay a fine or even sent to jail.

Cheating seems to be particularly widespread in Bihar, although there have been no reports of anyone being sent to jail for the offense.