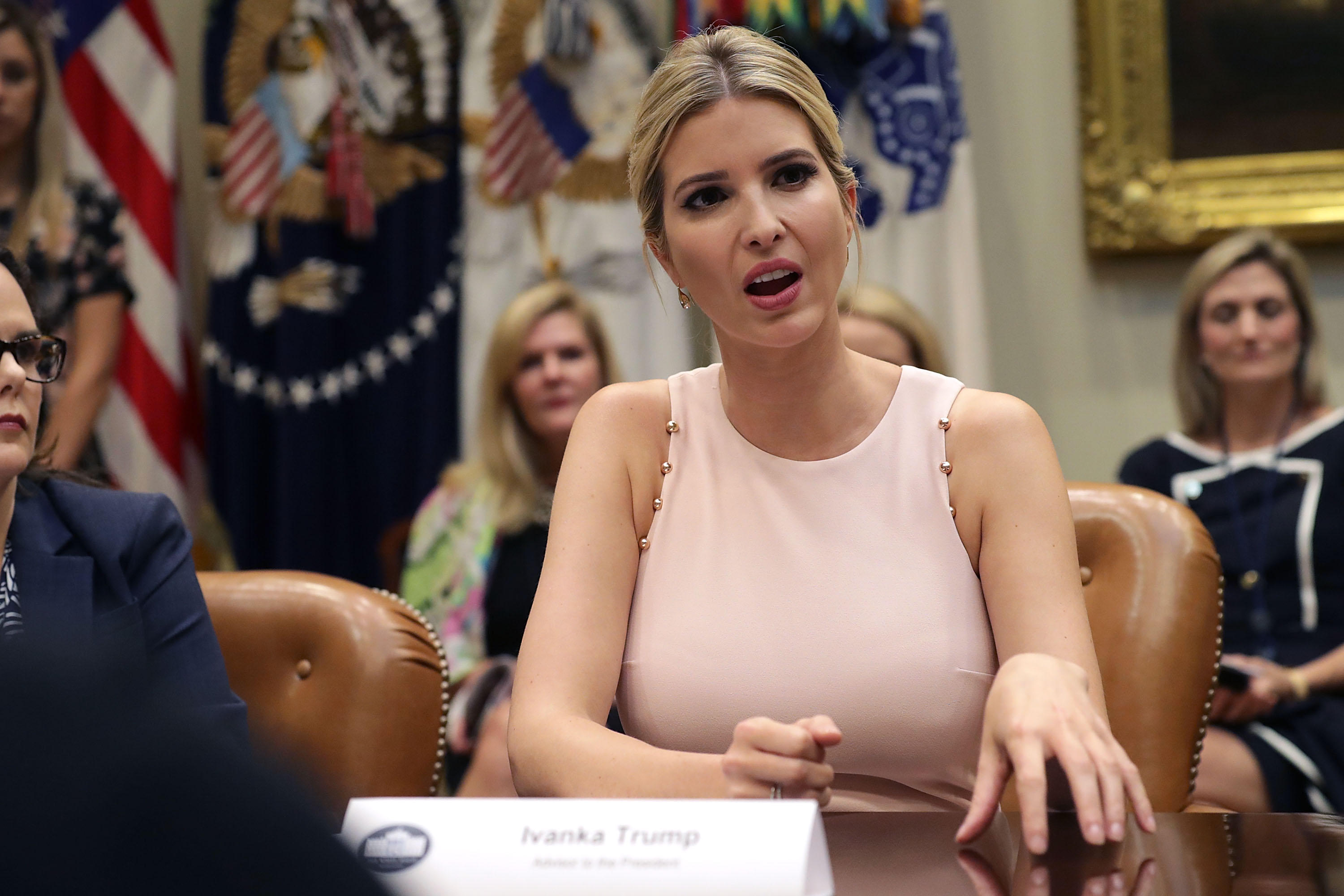 Authorities in the southern Indian city of Hyderabad are rounding up beggars ahead of a visit by Ivanka Trump for an international conference.

Over the past week, more than 200 beggars have been transported to separate male and female shelter homes located on the grounds of two city prisons. Authorities have been strictly enforcing a begging ban on the city's streets and in other public places.

The crackdown seems to be having the desired effect, with most of Hyderabad's thousands of beggars vanishing from sight.

Trump is a senior adviser to her father, President Donald Trump. Later this month, she is scheduled to be a featured speaker at the Global Entrepreneurship Summit in Hyderabad, which will also be attended by Indian Prime Minister Narendra Modi.

Officials say the drive against begging was launched because two upcoming international events are taking place in the city — the entrepreneurship summit and the World Telugu Conference in December.

Begging is a criminal offense in India and can be punished by as much as 10 years in prison, although the law is rarely enforced.

"We will complete the clearing of beggars from the city roads by the end of the month," said V.K. Singh, a top police officer.

The beggars have been rounded up from traffic junctions, bus stations and railway stations and transported by van to the shelters, where they often find themselves separated from their family members.

They are being offered clean clothes, a shower and a bed. But they're also being fingerprinted before they're allowed to leave and told they could face jail time if they are found begging again.

More than 20 percent of India's 1.3 billion people live on less than 2 dollars a day. For many, begging offers a last resort to stay alive.

Beggars tend to crowd around cars at traffic signals, knocking on windows and asking for food and money. They include children as young as 5, who weave through dangerous traffic and often perform small acrobatic acts.

A rights group that runs the two Hyderabad homeless shelters on the grounds of the Chanchalguda and Charalapally jails where the beggars are being taken estimates the city has 13,000 beggars.

About half of them are begging because they are living in poverty while the other half want money for alcohol and drugs, said Gattu Giri, an official with the Amma Nanna Ananda Ashram organization.

The entrepreneurship summit is an annual event that this year will focus on supporting female entrepreneurs. Running from Nov. 28-30, the summit is being jointly hosted by the U.S. and India.

Singh said that next month, after Ivanka Trump has left, police will start offering cash rewards to people who inform them of a beggar's location. Police have set up a control room to receive the information.

This isn't the first time the poor and homeless have been pushed out of sight as India hosts international visitors. Ahead of the 2010 Commonwealth Games in New Delhi, slums were demolished and thousands of beggars pushed to the edge of the city.