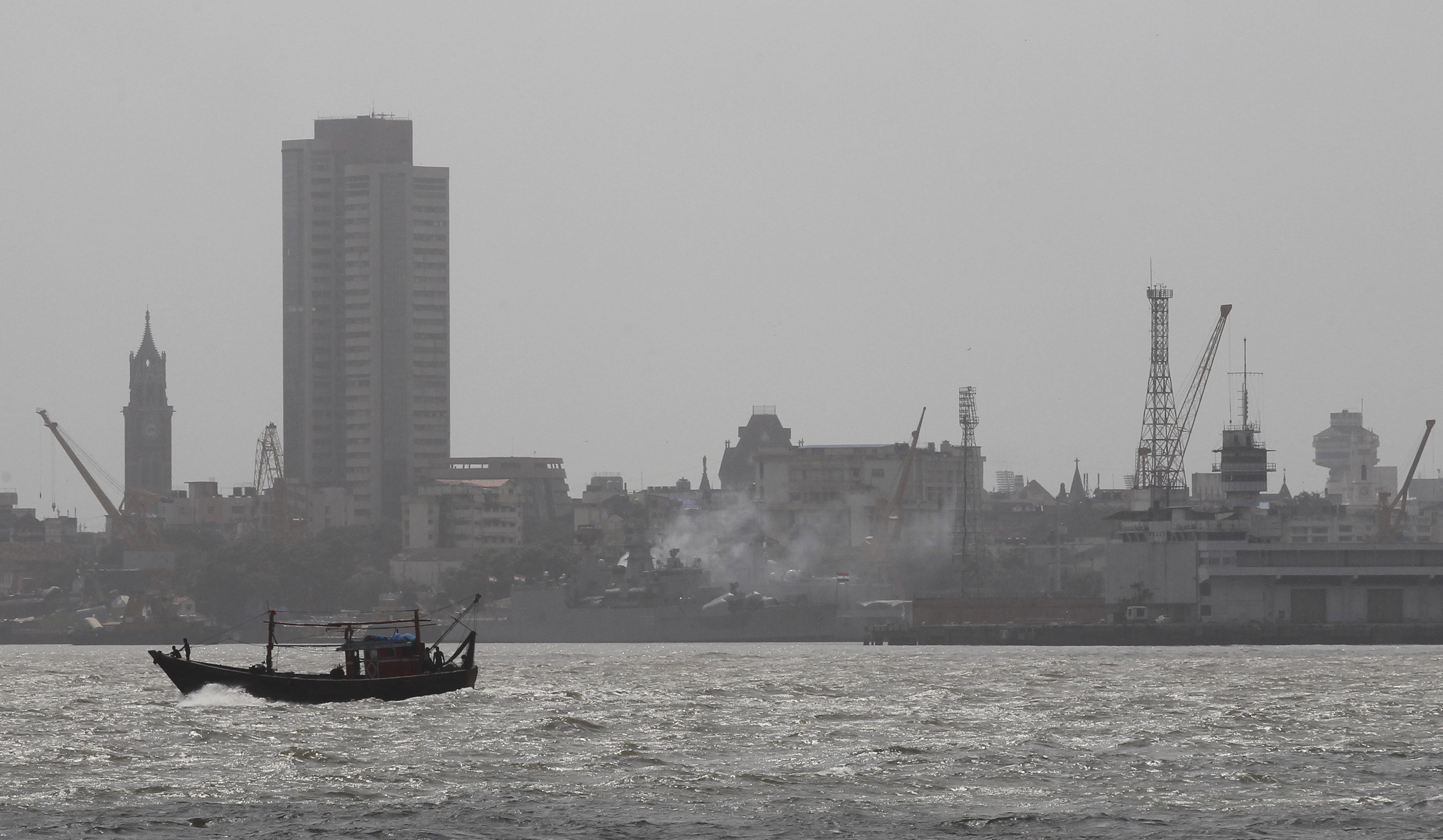 NEW DELHI All 18 sailors aboard an Indian submarine hit Wednesday by twin explosions and an intense fire are feared dead, a naval official said. The submarine had also been damaged in a deadly explosion in 2010 and had only recently returned to service.

The official, speaking on condition of anonymity because divers had yet to recover any bodies, said the navy believed there was no way anyone could have survived the intensity of the blasts and fire, which occurred when the diesel-powered submarine was docked at a Mumbai navy base.

Officials had earlier said that there had been no contact with the sailors since the explosions, which lit up the sky above the base. They said navy divers had opened one of its hatches but had not yet been able to enter the submarine because it was dark and full of muddy water.

"We hope for the best but we have to prepare for the worst," Admiral D.K. Joshi, the navy chief, told reporters earlier in Mumbai.

The explosions in the submarine's torpedo compartment sent a huge fireball into the air and sent nearby sailors jumping into the sea in panic. It is shaping up to be another embarrassment for India's military, which has been hit with a corruption scandal as it races to modernize its forces.

Defense Minister A.K. Antony said some sailors were killed but gave no other details.

"It's a loss to all of us. It's a tragedy," Antony told reporters in New Delhi before leaving for Mumbai to assess the situation.

Because the submarine was docked, a unit of navy watchmen was on board when the blasts occurred and not the normal crew, Joshi said.

At least some weaponry exploded in the near-simultaneous blasts, Joshi added.

A video of the explosions filmed by bystanders showed an enormous ball of red and yellow fire rising hundreds of feet into the air.

About a dozen fire engines rushed to the dockyard and extinguished the fire in about two hours, officials said.

Navy spokesman Narendra Vispute said the cause of the explosions was being investigated.

The 16-year-old Russian-made submarine, INS Sindhurakshak, was hit by an explosion in 2010 that killed one sailor and injured two others. The navy said that accident was caused by a faulty battery valve that leaked hydrogen, causing an explosion in the vessel's battery compartment.

The sub recently returned from Russia after a 2½ year refit, overhaul and upgrade, said Rahul Bedi, an analyst for the independent Jane's Information Group. Joshi, the navy chief, said it returned to India in April, and had been certified for use by the Indian navy.

"According to the members of our warranty group, the vessel was functioning properly and had no technical faults at the time of the incident," the Interfax news agency quoted an unidentified company representative as saying.

Zvyozdochka said the submarine had been "in active use" and had logged 24,000 kilometers (15,000 miles) on three missions.

Wednesday's accident came at a time when India is facing a shortage of submarines because of obsolescence, Bedi said.

The government has authorized the navy to have up to 24 conventional submarines, but it has just 14, including eight Russian Kilo-class and four German Type HDW209 boats. Bedi said five of those will be retired by 2014-15.

Last year, India acquired a Russian Nerpa nuclear submarine on a 10-year lease at a cost of nearly $1 billion. India also has designed and built its own nuclear submarine. The navy activated the atomic reactor on that vessel on Saturday and could deploy it in the next two years.

India has steadily built its naval capabilities in recent years, spurred by its rivalry with neighboring China. But the country's military has encountered scandal as it attempts to bulk up.

In February, India put on hold a $750 million deal to buy helicopters from Italian aerospace and defense giant Finmeccanica and its British subsidiary, AgustaWestland, following charges of kickbacks and bribes. Three of the 12 helicopters were delivered in December and the rest have been put on hold.

Giuseppe Orsihe, the former head of Finmeccanica, is facing trial in Italy for his alleged role in the payment of bribes to secure the helicopter contract.