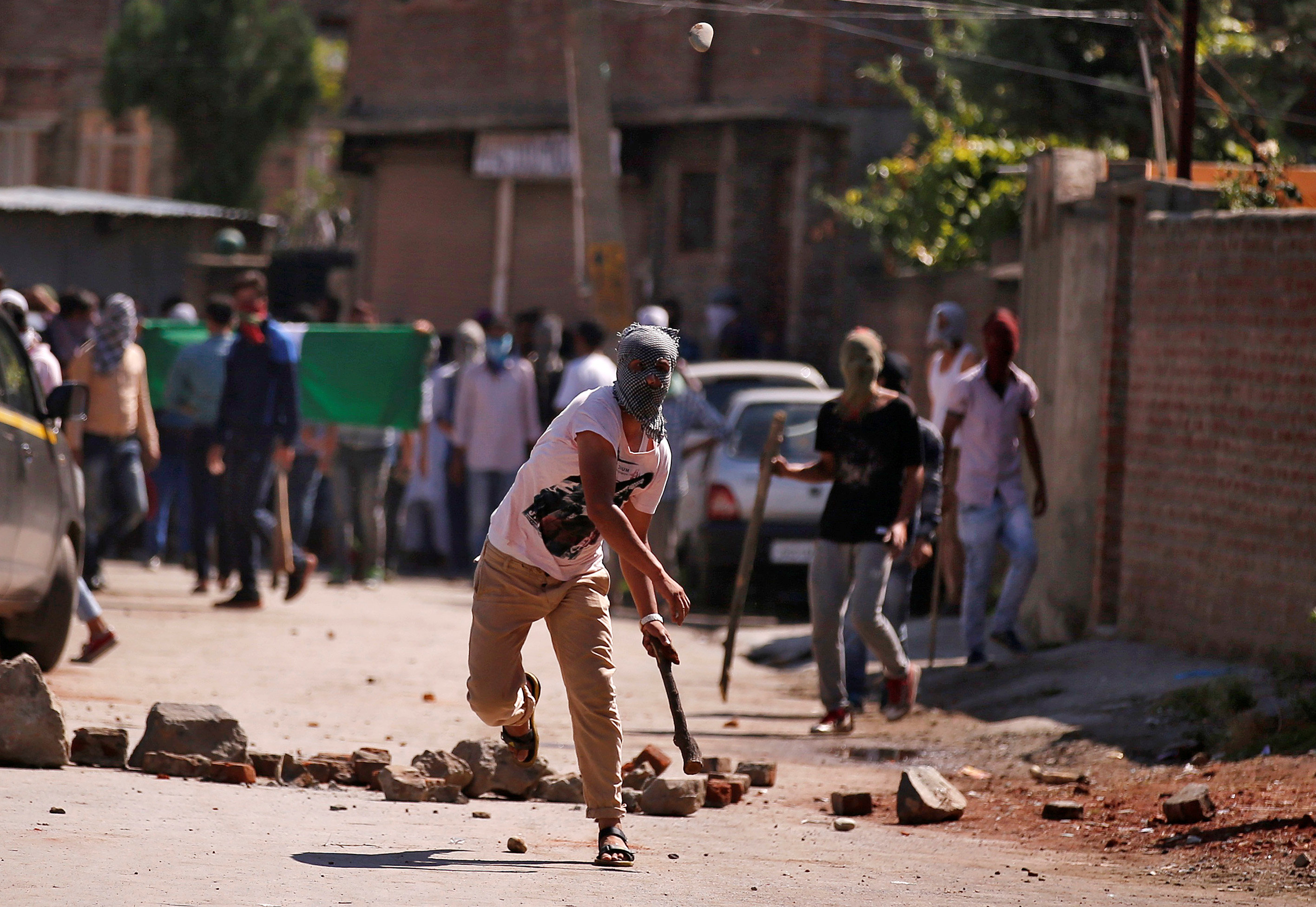 SRINAGAR -- Authorities on Friday re-imposed a curfew in the main city of Srinagar in Indian-controlled Kashmir to prevent a protest march to the main mosque called by separatist leaders angered by the killing of a top rebel leader earlier this month.

Residents said government forces visited homes in Srinagar before dawn and asked them to stay indoors.

The city witnessed clashes between government forces and protesters even as the curfew that was in place since July 9 violence, triggered by the rebel's killing, was lifted on Thursday. Doctors in the main hospital said they treated dozens of people, most of them with pellet injuries from weapons fired by security forces.

Security forces apparently continued using pellet guns despite caution from India's Home Minister Rajnath Singh to minimize their use because of serious eye injuries to protesters, some of whom have been blinded.

Key separatist leaders Syed Ali Geelani, Mirwaiz Umar Farooq and Yasin Malik called for the protest march to the main Jamia Masjid mosque on Friday before the afternoon prayers, and at other places in the Kashmir Valley after the weekly Muslim prayers.

Geelani and Mirwaiz Farooq, who were put under house arrest, defied the restrictions and came out of their homes to march to the mosque. Police stopped them and took them away, a police officer said on condition of anonymity as he was not authorized to talk to reporters.

Police have kept Malik in a lockup to prevent him from leading the protest.

Security forces also prevented people from praying in big mosques across the region, but did not interfere with those visiting small neighborhood mosques in rural areas for Friday prayers.

Areas of southern Kashmir where most of the deadly street protests have been centered have remained under curfew after top rebel commander Burhan Wani was killed by government forces on July 8. At least 49 civilians, mostly teenagers and young men, have been killed as government forces fired live ammunition and pellets. A policeman also died after protesters pushed his vehicle into a river.

About 2,000 civilians and 1,500 police and soldiers have been injured in the clashes.

Kashmir, a predominantly Muslim region, is divided between India and Pakistan, but both claim it in its entirety. The rivals have fought two wars over control of Kashmir since independence from Britain in 1947.

India accuses Pakistan of arming and training Kashmiri rebels who have been fighting since 1989 for independence for Kashmir or its merger with Pakistan. Islamabad denies the charge, saying it provides political and diplomatic support to Kashmiris.