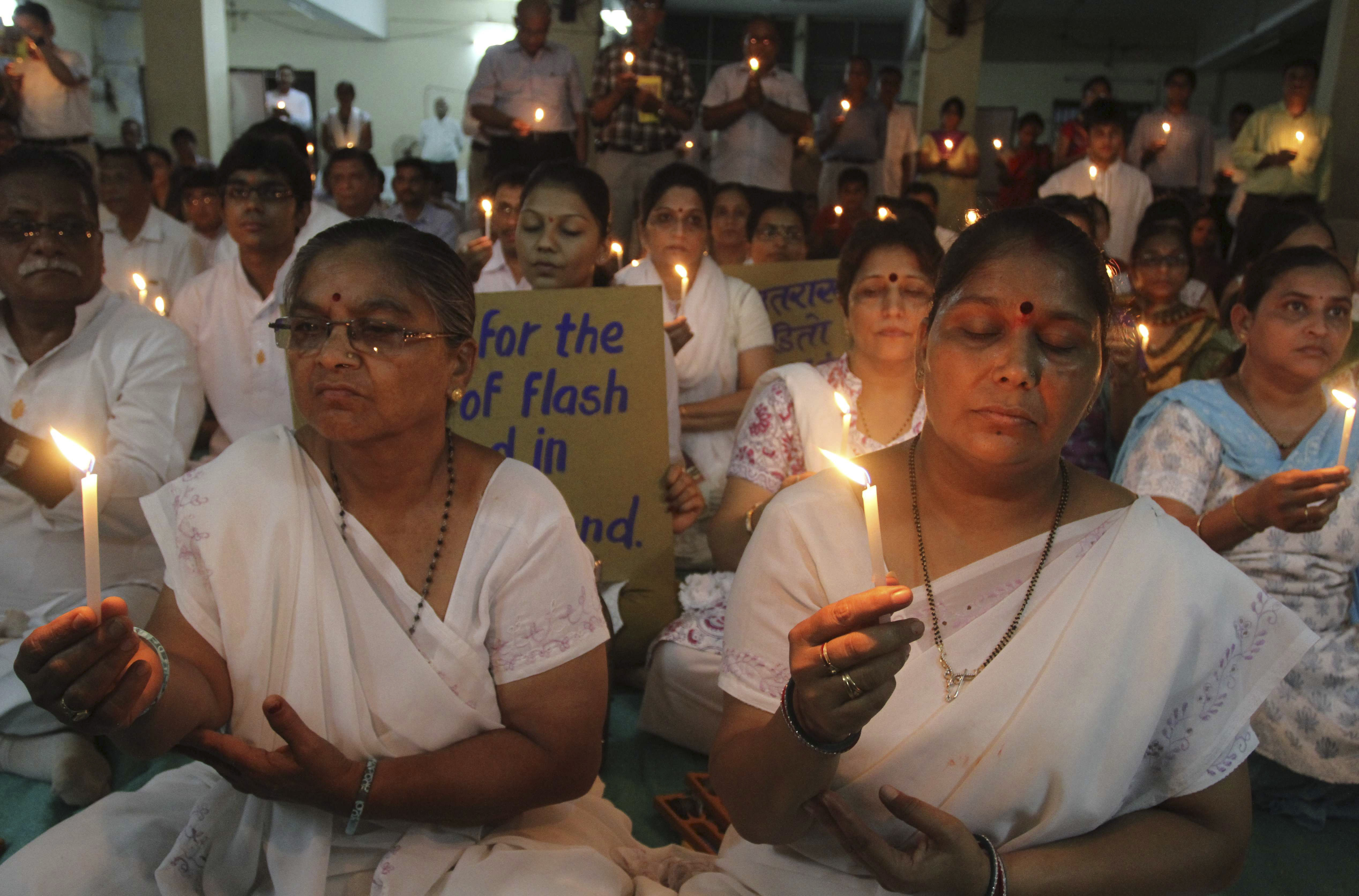 Vijay Bahuguna, the chief minister of the state of Uttarakhand, said the government would give 500,000 rupees ($8,350) to the families of each victim who may have perished in the floods and landslides that hit the Himalayan region in June. The state declared those missing for the past month presumed dead so it could compensate their families, but Bahuguna said there was hope some could still be found alive.

"The search for the missing persons will continue even after they are presumed dead," he said.

The government had earlier put the death toll at 600 but repeatedly stressed that it would be significantly higher. The exact number of people who died may never be known, Bahuguna said.

"The search operations will continue till the family members of the missing are satisfied," Bahuguna told a group of survivors Tuesday as the state government began handing out compensation checks. Families receiving compensation will have to return the money if their missing relatives are found alive.

State Disaster Management Minister Yashpal Arya said that continued rain was preventing the extraction of bodies at some places, where recovery workers were waiting for hydraulic equipment to arrive. With all the major roads closed since the floods and many bridges washed away, the government was having difficulty getting rations to cut-off villages, said state government spokesman Amit Chandola.

Hundreds of thousands of Hindus visit Uttarakhand's temple towns during the summer. The state is also a popular holiday destination and droves of Indians head to the cooler hills to escape the summer heat.

Visitors usually leave before July, when monsoon rains make the mountainous roads much more treacherous, but this year unprecedented heavy rains fell around mid-June. Roads, bridges and multi-storied buildings were washed away as flooded rivers rampaged through the state, burying entire villages in silt and debris.

Army and paramilitary soldiers and volunteers rescued more than 100,000 people who were stranded in remote areas cut off by washed-out roads and landslides.

The air force and private companies made thousands of helicopter sorties to pick up people stuck on rooftops or marooned on hilltops and to drop off food and drinking water.

Bahuguna said the government would rebuild the worst-hit temple town of Kedarnath, where hundreds perished on June 16 when a sea of silt and flood water roared down a mountain valley, sweeping away everything in its path.

Environmental activists said the disaster was worsened by the rampant development of the area that made landslides more likely, while others accused the government of responding sluggishly.

Pankaj Gupta, chairman of the Industries Association of Uttarakhand, said the disaster has shaken the confidence of the people.

"There is a need to redesign Uttarakhand," he said.