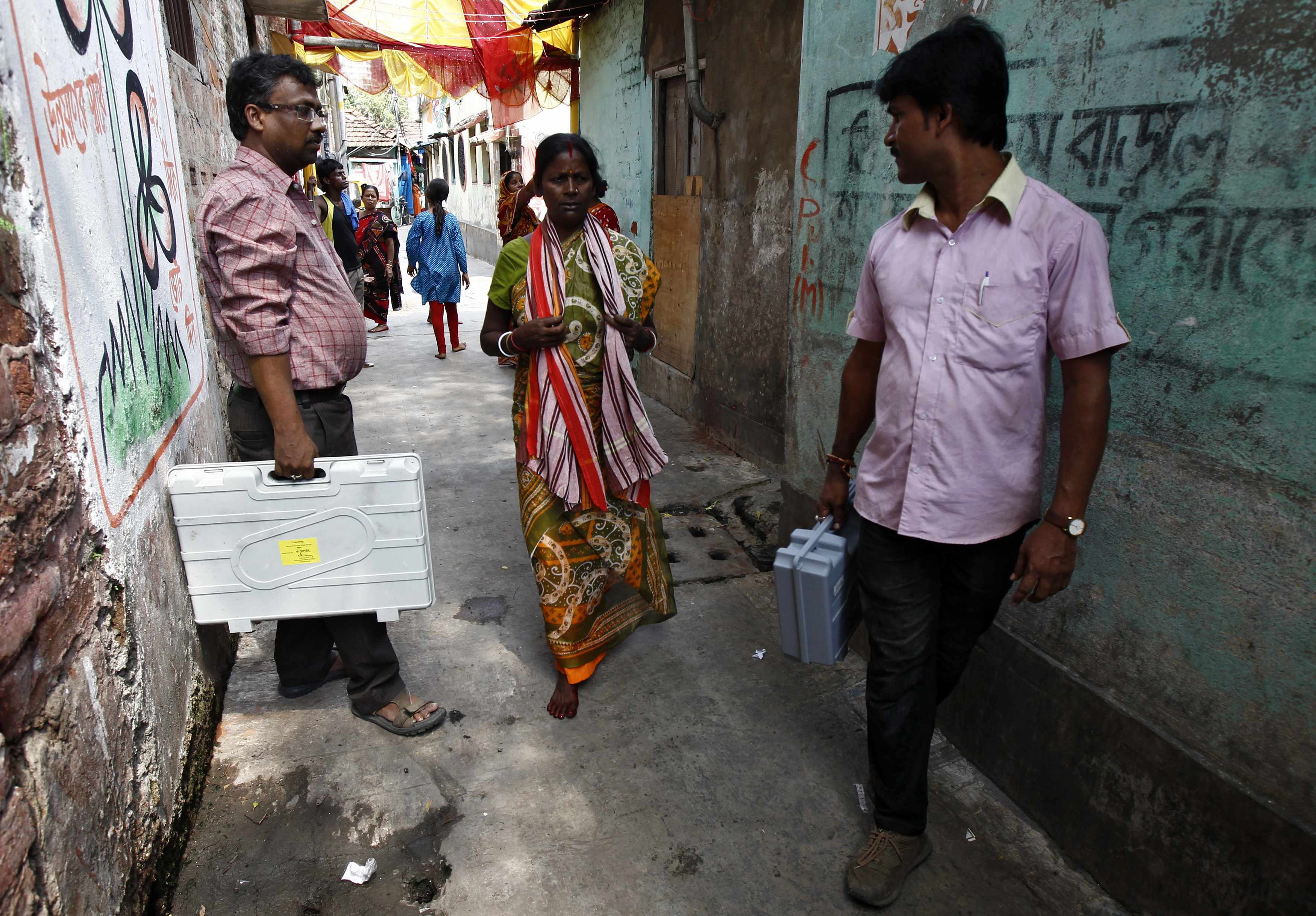 LUCKNOW, India -- Of the dozens of criminal charges Atiq Ahmed faces, the one blaming him for the murder of a political rival tops the list. But that isn't stopping the state lawmaker from running for a seat in India's Parliament.

More than 1,200 candidates running for 545 seats in the national election face criminal charges including rape, kidnapping, extortion and murder, according to a tally by the Association for Democratic Reform.

In much of India, violence and politics go hand in hand. Political parties use local strongmen to intimidate political rivals. Ahmed, who denies all the charges and calls them politically motivated, is just one of hundreds of Indian politicians who activists say operate at the crossroads of crime and politics.

While not unique to India, it stifles progress for the country of 1.2 billion people to have a political class unable, or unwilling, to root out criminals and keeping out idealistic aspirants.

On Wednesday, voters in Uttar Pradesh - the most populous state in India - will stream into voting booths where at least 50 candidates, including Ahmed, are on the ballot.

Indian law only bars a person from running for political office once they have been convicted by a court and that can take years, even decades, as cases wind their way through woefully overburdened courts.

Fearing violence because of the candidates' backgrounds, the state election commission has declared 10 of the 15 constituencies "red constituencies" and will take extraordinary measures to ensure that the vote is peaceful, said Uttar Pradesh's chief electoral officer, Umesh Sinha.

"We deploy additional security forces with the candidates having criminal records. The gangs these politicians are associated with are well known and police will keep an eye on the members of these gangs," Sinha said.

All licensed weapons across the polling area are confiscated and petty criminals on the police's radar are protectively detained.

Hundreds of thousands of troops and police are already spread out across India to provide security for the massive election where some 814 million voters are registered. The voting is taking place in phases, with the final phase next Monday and results due on May 16.

Ahmed is a candidate of the Samajwadi, or Socialist Party, that rules Uttar Pradesh. After being charged with the rival politician's murder, he was jailed for 18 months before being released on bail. But he has never been convicted and denies all the charges he faces.

"All the cases against him are only because he has fought for the poor. They are all false," said Moin Khan, an aide to the lawmaker.

McCaul says "there was no plan" for U.S. withdrawal from Afghanistan
Thanks for reading CBS NEWS.
Create your free account or log in
for more features.
View CBS News In
CBS News App Open
Chrome Safari Continue
Be the first to know
Get browser notifications for breaking news, live events, and exclusive reporting.