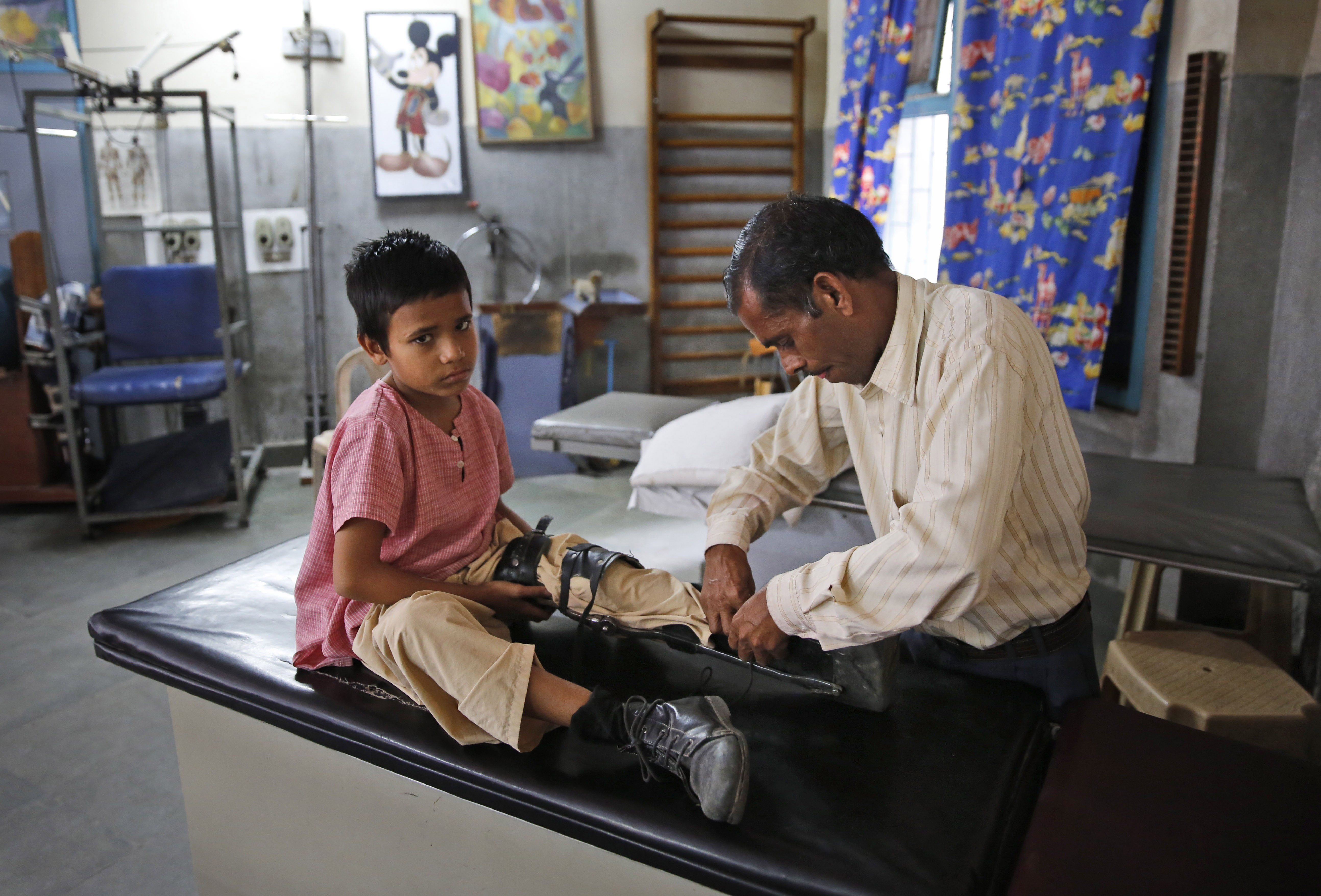 SHAHPARA, India -- The scourge of polio ends in India with a lively 4-year-old girl, Rukhsar Khatoon, who became ill as a baby after her parents forgot to get her vaccinated.

Her barely perceptible limp the only lingering sign of the disease, Rukhsar was the last person to contract polio in the nation of 1.2 billion people.

The World Health Organization formally declared India polio-free on Thursday, after three years with no new cases. It said the milestone means the entire Southeast Asian region, home to a quarter of the world's population, is considered free of the disease.

Being declared polio-free once was considered all but impossible in a nation hobbled by corruption, poor sanitation and profound poverty. Although the disease could return, eradicating it is a landmark public health achievement.

This is "a day that we have dreamt about," said Poonam Khetrpal Singh, a WHO official at a ceremony in New Delhi to declare the entire Southeast Asian region free of the disease. Singh described it as "a day that all countries fought hard for, and a day when all stakeholders come together to celebrate the victory of mankind over a dreaded disease."

Polio is a vaccine-preventable disease that has been eradicated in most countries. But it still causes paralysis or death in some parts of the world, including Nigeria, Pakistan and Afghanistan. Children younger than 5 are especially vulnerable to the disease, which is spread through contaminated water or food.

Rukhsar's father, Abdul Shah, said the family had missed the regular polio vaccination camp in the village three years ago because Rukhsar was sick.

After she recovered, the family simply forgot about getting her the polio drops.

"We only got worried when she got a fever when she was around 15 months old and her foot was swollen," Shah said.

Rukhsar has recovered well. She helps her mother with chores, washing dishes by pumping water from a hand-pump that supplies the household's drinking water. She plays easily with her three other siblings, all younger than 10.

"But if she walks for long, or runs around too much, her leg aches," Sabedabibi said.

In 2011, when Rukhsar's case was detected in Shahpara village, 60 kilometers (40 miles) west of Kolkata, state health authorities immediately engulfed the surrounding districts with a rigorous immunization program, going door to door to check if every child had been immunized. States were told to treat every case of polio as a public health emergency.

India was in the middle of an intense campaign to battle the disease, with huge infusions of government funds and a new, more effective vaccine.

"I realized we had been very negligent when the doctors told us Rukhsar had polio," said Shah, a farm laborer who supplements his meager income by making `zari,' the gold thread embroidery used to embellish saris.

"We've been lucky," he said, as Rukhsar climbed into his lap. "No one should suffer this fate."