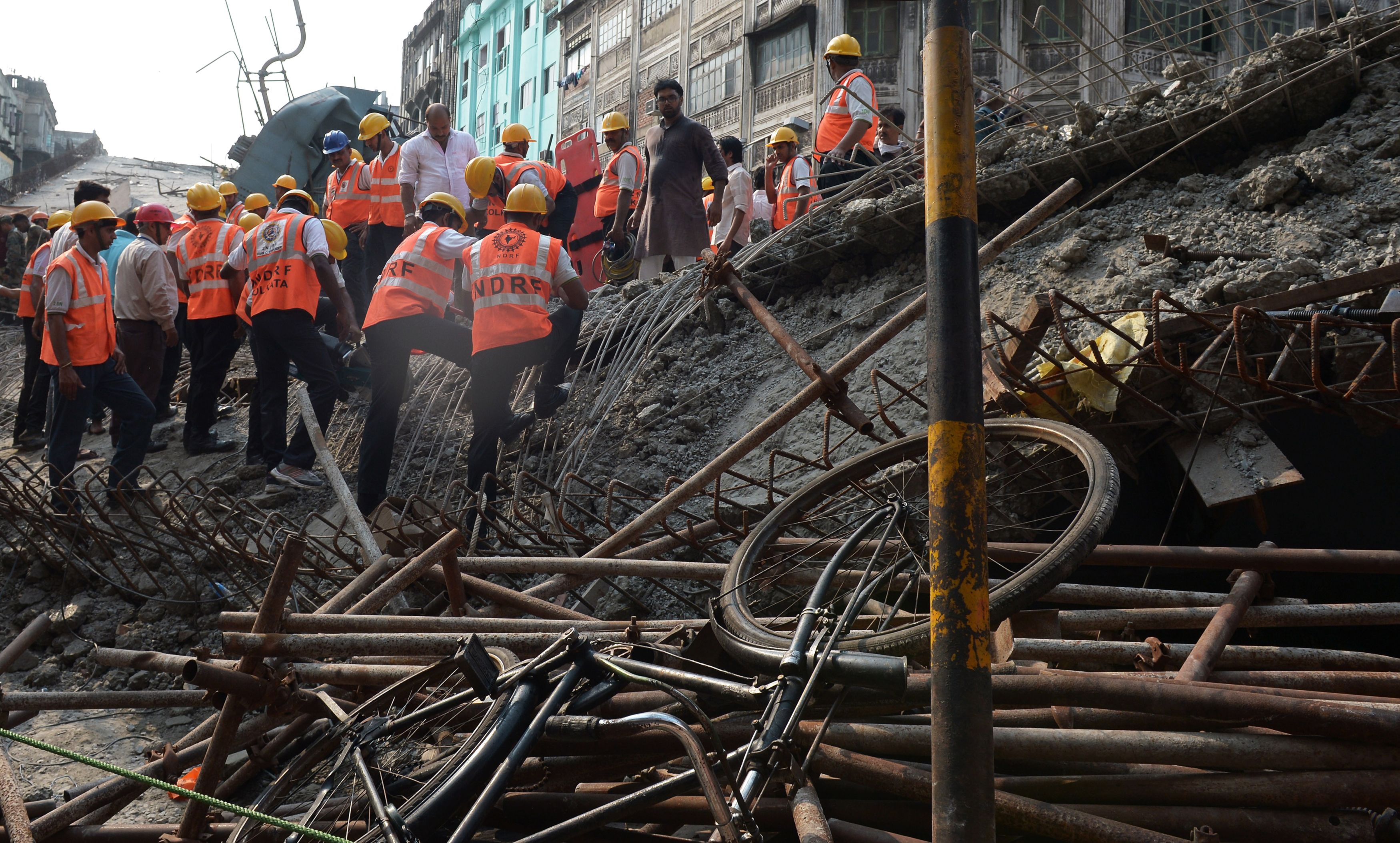 KOLKATA, India-- Rescuers in Kolkata dug through large chunks of debris from an overpass that collapsed while under construction Thursday, killing at least 21 people and leaving scores of others injured, police said.

More people were feared trapped in the debris, and rescuers used saws, small cranes and their bare hands to search for survivors. Smashed yellow taxis, destroyed rickshaws and the bloody legs of trapped people jutted from the fallen girders and concrete.

"We heard a loud rumble and then saw a lot of dust in the sky," a witness told the NDTV channel.

Army troops and personnel from the National Disaster Response Force joined efforts to extract people from vehicles that lay under massive concrete blocks and metal debris. Huge cranes and other rescue equipment reached the site and began clearing the rubble. Workers also used gas cutters to pry open the slabs.

More than 70 injured were admitted to two hospitals in Kolkata, the capital of West Bengal state, hospital officials said.

"The area was very, very crowded. Motorized rickshaws, taxis ... there was a lot of traffic," one witness told the New Delhi Television news channel, or NDTV.

Television images showed the bloody legs of some of the trapped people jutting out of the collapsed girders and concrete slabs.

It "came down with a huge crashing sound," said Yogesh Sharma, who was sitting at a roadside tea stand with friends.

Mamta Banerjee, the top elected leader in the state, visited the collapse site and said a private builder had missed several deadlines for completing the overpass.

The contract for the overpass was signed in 2008 and it was expected to be completed in two years. She accused the previous communist government in West Bengal of not adhering to building regulations.

Building collapses are common in India, where builders use poor enforcement of regulations and use substandard materials.