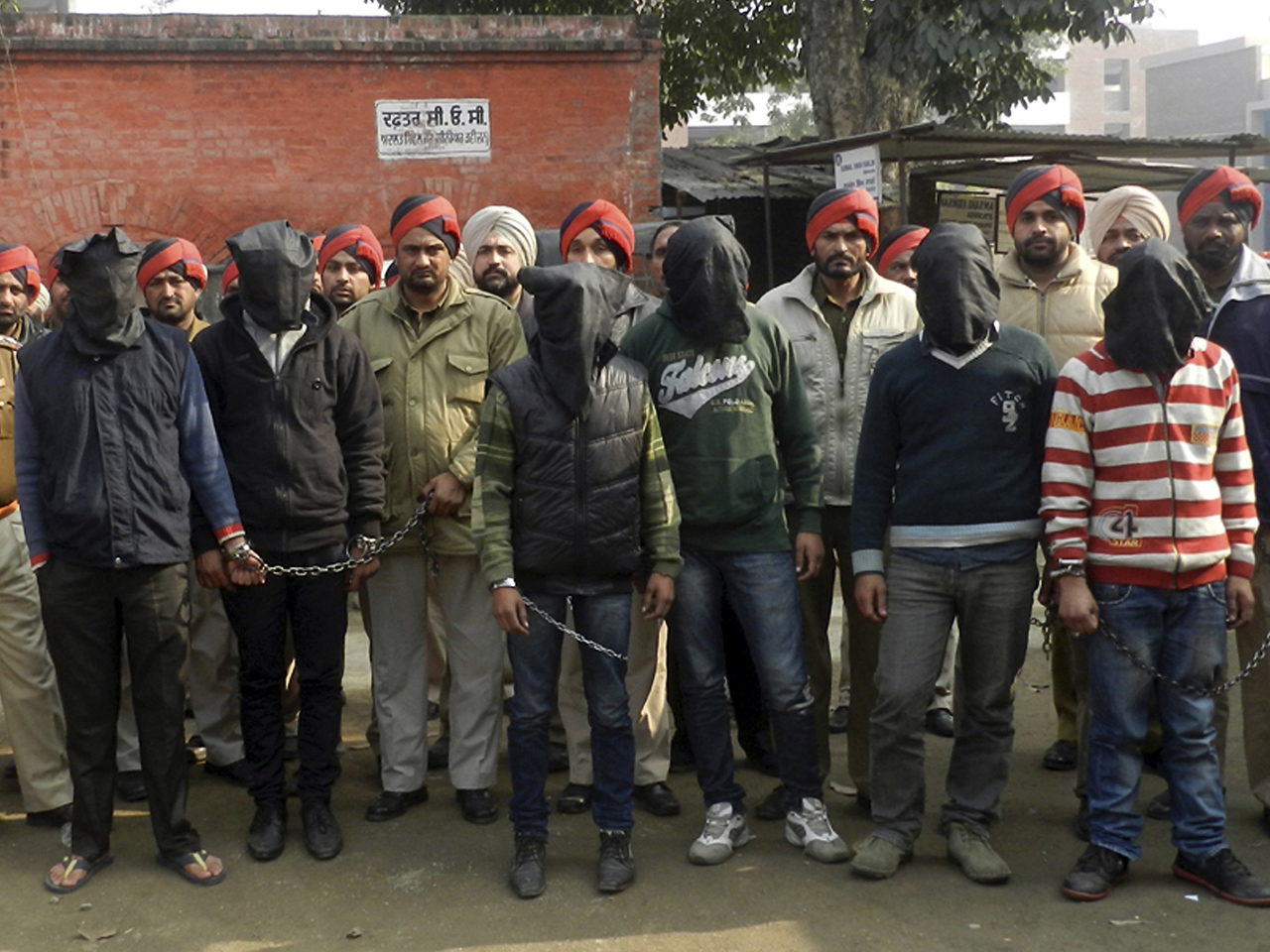 NEW DELHI -- India's top court on Friday upheld the death sentences of four men who were convicted in the fatal gang-rape and torture of a 23-year-old medical student on a moving bus in the Indian capital nearly five years ago.

The court held that the nature of the crime, which triggered massive protests across India, made it an appropriate case for the death penalty. It described the assault as "most brutal, barbaric and diabolical," according to the Press Trust of India news agency.

The victim's father said he was happy with the court judgment and demanded that the convicts be hanged quickly.

CBS News' Arshad Zarghar says the upholding of the death sentences sparked a debate online, however. While many voiced agreement with the decision, others pointed out that in other brutal rape cases -- in which details were less publicized and in some cases where the victims were from a lower social caste -- the guilty parties were not given the same treatment by the courts.

Prosecutors said the four - Akshay Thakur, Vinay Sharma, Pawan Gupta and Mukesh - took their victim to the back of a private bus in New Delhi, raping her and then damaging her internal organs with an iron rod. She died two weeks later of injuries in a hospital in Singapore, where she was taken for treatment.

The outrage over the New Delhi attack prompted quick action on legislation doubling prison terms for rapists to 20 years and criminalizing voyeurism, stalking and the trafficking of women. Indian lawmakers also voted to lower to 16 from 18 the age at which a person can be tried as an adult for heinous crimes.

Defense attorney A. P. Singh, representing three of the men, said the court should have given a chance to reform and avoided the death penalty. He said he would seek a review of Friday's judgment from Supreme Court judges.

Ram Singh, the bus driver and the fifth suspect in the crime, was found hanging in his cell in Tihar prison in March 2013, months before the suspects were convicted.

The sixth suspect was just months short of 18 years when the crime took place. He walked out of a correction home in December 2015 after spending three years - the maximum punishment for minors - sparking public outrage and an overhaul of the juvenile law.

Indian courts are notorious for delays as more than 30 million cases are pending before them.

In view of the massive protests across the country, the Indian government put the gang rape case on a fast-track trial.

Swati Maliwal, chief of the New Delhi Commission for Women, said people in India were not scared of committing crimes because of long delays in bringing them to justice.

"The fact is that the road to justice is very, very long in this country," she said. "Even in this case, it has taken five years. But at least in five years, we are coming to a conclusion. There are women in the country who have been fighting court battles for 10 to 15 years."

At least six rapes were taking place in the Indian capital every day, she said.

"Nothing much has changed because there is no fear among people that if they do something wrong, they will be punished," she said.