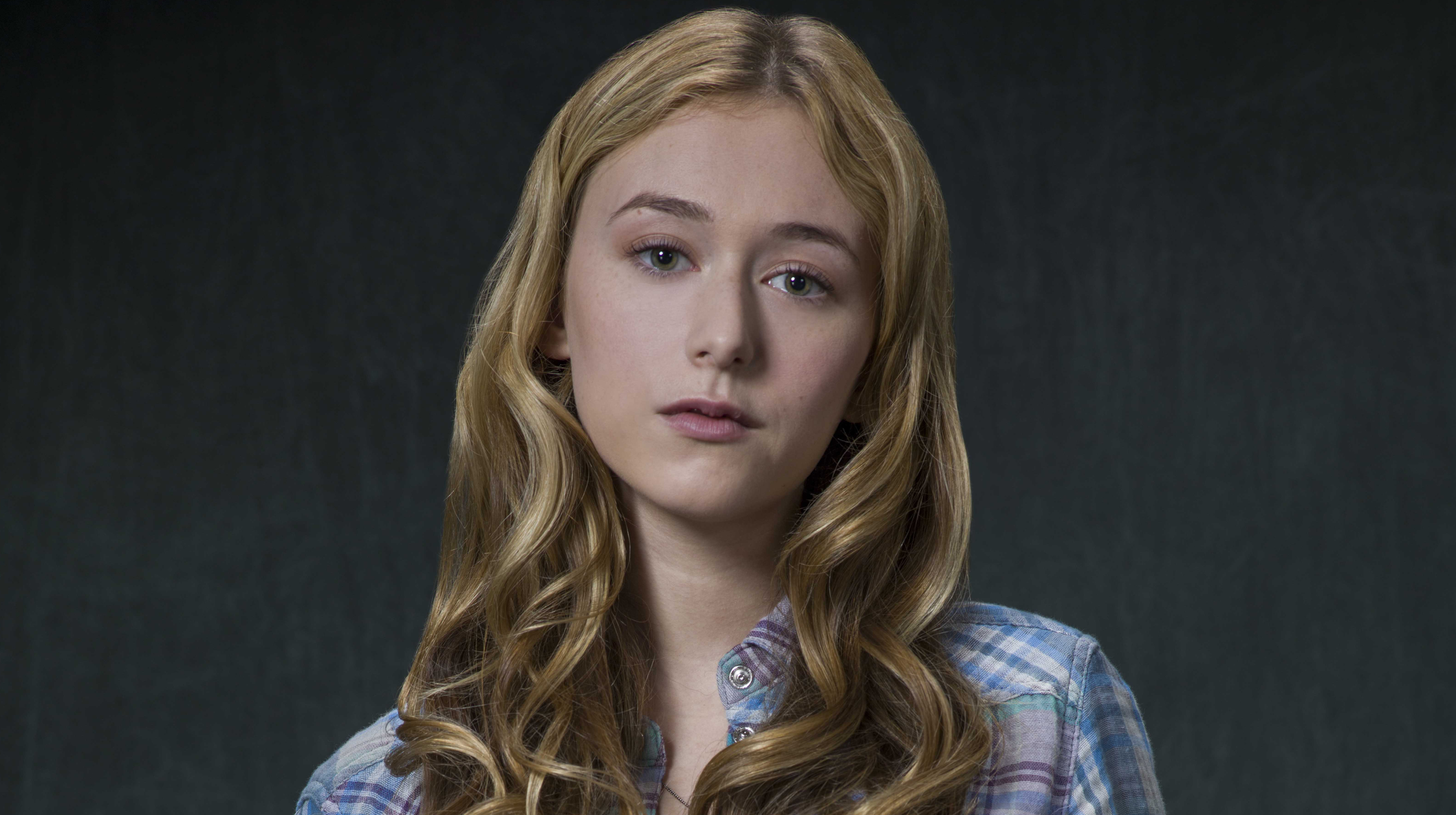 India Ennenga splits her time these days between Brown University and working as an actress.

She's currently studying comparative literature and creative writing at Brown and recently wrapped shooting the first season of A&E's new supernatural series, "The Returned." Based on the French show "Les Revenants," the ensemble show tells the story of loved ones returning from beyond the grave. From Lost" creator Carlton Cuse, it co-stars Jeremy Sisto, Mary Elizabeth Winstead, Kevin Alejandro and Agnes Bruckner.

Ennenga, 20, says she loves being back as part of an ensemble cast -- especially on the heels of a starring turn in HBO's series "Treme," where she starred opposite Melissa Leo, playing her daughter, Sofia Bernette.

"I definitely want to stay in acting ultimately, but one of my favorite things about acting is you can act and have time to do five other things," Ennenga told CBS News.

Read on for more about "The Returned" and Ennenga below:

On the original French series: "I binge-watched the first show over the course of a weekend after auditioning for it...I just think it's such an interesting idea for a series and it brings up so many important questions in a really tangible and emotionally understandable way."

On "The Returned" story line and her character, Camille: "I think the biggest question is what happens when a loved one comes back. Is that very normal human desire to see a loved again -- who has died -- actually something that would be good in reality? Or would it be a traumatic experience? Underneath that there are some very important questions about grief and how families respond to the death of a loved one and how families changed. Camille's been dead for four years, but when she comes back she's put in a completely new world basically."

On shooting the show: "When I was filming it we focused more on finding the right emotion to set the tone for the scene. The show is very atmospheric and moody with the music and the lighting. I think they wanted to focus on getting the right elements and then adding all of horror parts afterwards. I love doing ensemble pieces. It's always so nice to basically have a family of actors and crew members around you for months a time. You really develop great relationships because of I think. I thought it was a fun and exciting experience because most of the time even though I was working mostly every day for about four months it was never boring."

On supernatural genre: "I grew up reading ghost stories, and ghost stories were sort of my mom's favorite genre. When I was a kid she'd tell me ghost stories...I never really watched horror films, but I definitely in literature love the genre for sure."

On rest of season 1: "Up until about episode 5 or 6 it follows the French show quite closely but after that it takes a completely new turn and a lot of really surprising plot points come into play. And I think a lot of the emotional stories of the characters become deeper and more developed because of it."

On end of season: "We shot my very last scene about a month after the entire season had finished. So it was a re-shoot basically. And they changed the last scene so it's definitely a cliffhanger now."

On series creator Carlton Cuse: "He's very involved. Carlton was on set quite a bit and when he was, he was doing everything. He's a jack of all trades. He'd watch behind the monitors, then he'd go and talk to the director and then he'd talk to the cameraman and then he'd come over and talk to me about some of my motivations."

On attending college and acting: "It's always hard balancing the two. I've been doing it for years. I acted all through high school. I'm used to it by now -- whether it's writing an essay on an airplane or falling asleep at 4 in the morning after reading a book and filming five scenes. Everyone has something extra going on in their lives no matter what it is....For me, I feel really lucky to do two things I love so much."

On getting her start in acting: "I wanted to act since I can remember so I don't know when it started really. I would be four years old and I'd be putting on plays for my parents in my kitchen. My mom is actually a writer and director. She for a very long time told me, 'You don't want to act. I promise it's not what you want to do.' She worked with child actors before and she'd seen them pushed into things that they wouldn't necessarily have control over. And she really didn't want that to happen for me...She was really hesitant about it, and I think that made me want it more. And then when I was a bit older I convinced her that I really wanted to do it."

On HBO's "Treme": I loved filming 'Treme.' I miss New Orleans all the time. It's like a second home to me now. In a way it was similar to filming 'The Returned' because it was an ensemble show and I was playing a teenager who has gone through an emotional family history. And sort of has become rebellious because of it."

Next up? A starring role in a movie she wrote and produced with her mom, called "Scout," about a rebellious Goth girl who embarks on a road trip across Texas with a suicidal young man in an effort to find her little sister.

And in the mean time, the New York native is waiting to hear if "The Returned" will get picked up for another season. After all, it does end with that cliffhanger.