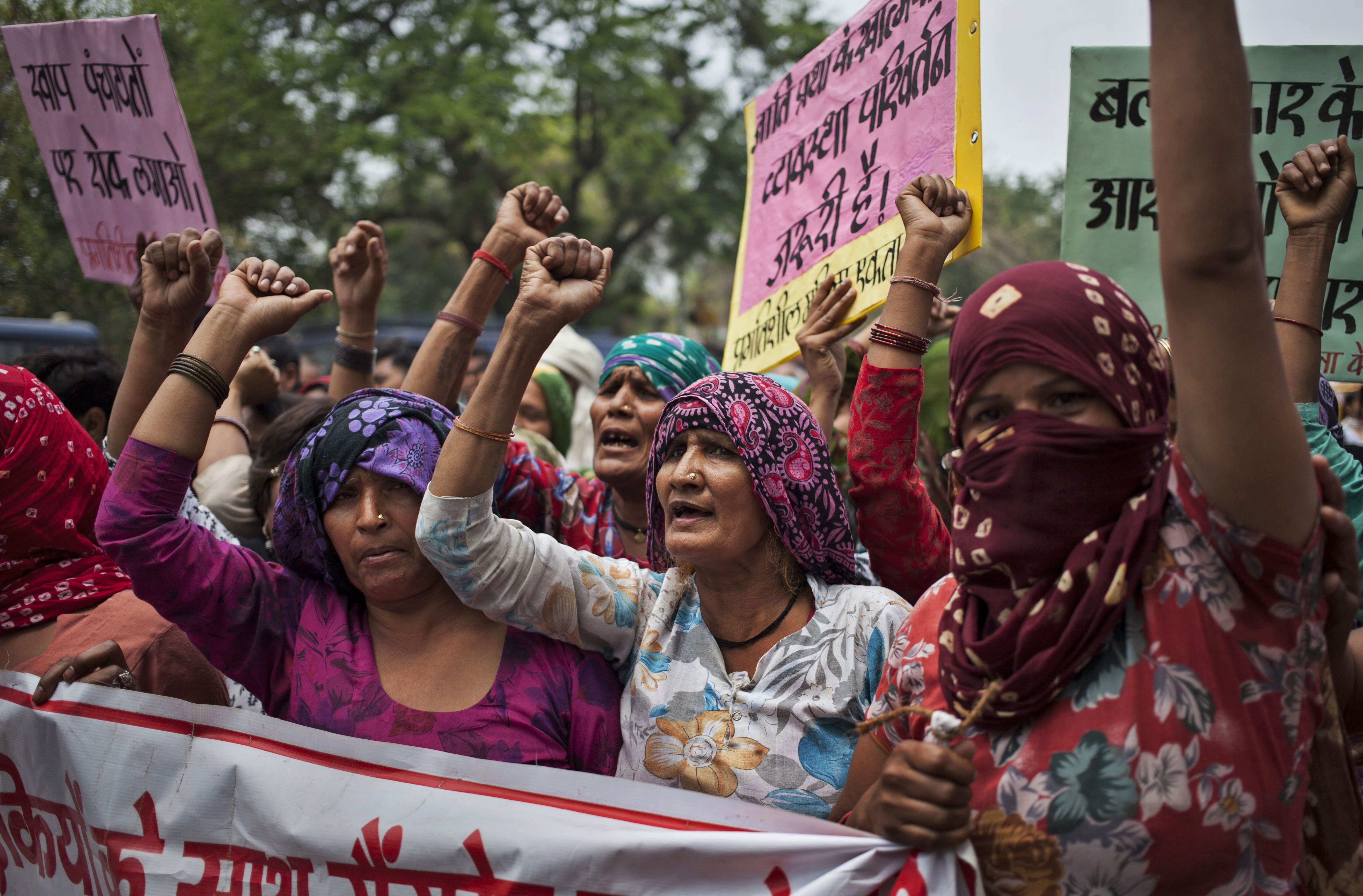 LUCKNOW, India -- Authorities in northern India said Thursday that they have arrested three men, including two police officers, suspected of gang-raping and killing two teenage sisters before hanging their bodies from a mango tree, sparking renewed public outrage over sexual violence in the country.

Villagers found the girls' bodies hanging from the tree Wednesday morning, hours after they disappeared from fields near their home in Katra village in Uttar Pradesh state, police Superintendent Atul Saxena said. The girls, who were 14 and 15, had gone into the fields because there was no toilet in their home.

Hundreds of angry villagers spent the rest of Wednesday in silent protest over alleged police inaction in the case. Indian TV channels showed video of the villagers sitting under the girls' bodies as they swung in the wind, preventing authorities from taking them down from the tree until the suspects were arrested.

Police arrested the three men later in the day and were searching for four more suspects.

Autopsies confirmed the girls had been gang-raped and strangled before being hung, Saxena said.

The villagers accused the chief of the local police station of ignoring a complaint by the girls' father Tuesday night that the girls were missing. The station chief has since been suspended.

The family belongs to the Dalit community, also called "untouchables" and considered the lowest rung in India's age-old caste system.

Records show a rape is committed every 22 minutes in India, a nation of 1.2 billion people. Activists say that number is low because of an entrenched culture of tolerance for sexual violence, which leads many cases to go unreported. Women are often pressed by family or police to stay quiet about sexual assault, experts say, and those who do report cases are often subjected to public ridicule or social stigma.

Last month, the head of Uttar Pradesh state's governing party told an election rally that the party was opposed to the law calling for gang rapists to be executed.

U.S. Coast Guard intercepts sail freighter with 191 Haitians on board