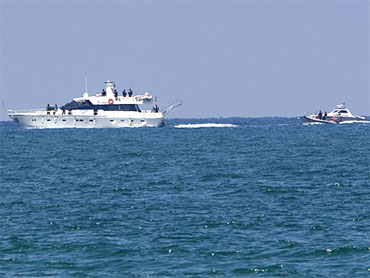 It was an incredible night for "The Incredibles." The Pixar Animation Studios film about a family of superheros who save the day swept the 32nd annual Annie Awards on Sunday, winning top honors for best animated feature, best directing and best voice acting for Brad Bird, the film's director who voiced the diminutive seamstress Edna Mode.

The Annie Awards are presented by the International Animated Film Society to honor outstanding animation in television and film. Winners, including last year's "Finding Nemo," have typically gone on to win the Academy Award for best animated feature. The film was distributed by The Walt Disney Co.

In the voice acting category, Bird beat Antonio Banderas, who provided the voice for Puss in Boots in the DreamWorks Animation film "Shrek 2." He also edged out Samuel L. Jackson, who was nominated for his voicing of the cool superhero Frozone in "The Incredibles."

The film also took awards for writing, production design and music for the throbbing score composed by Michael Giacchino.

Two of the Annie nominees for best theatrical feature -- "The Incredibles" and "Shrek 2" -- are nominated for an Oscar for best animated film at the Feb. 27 Academy Awards.

Among the other winners on Sunday were Nickelodeon's "SpongeBob SquarePants" for best animated television production, and actress Brittany Murphy for giving voice to the character "Luane" in the Fox TV show "King of the Hill."

The awards were presented at the Alex Theater. Among the presenters were comic book legend Stan Lee and Debra Jo Rupp, co-star of the Fox sitcom "That 70's Show." The awards were hosted by Tom Kenny, the voice of SpongeBob SquarePants.