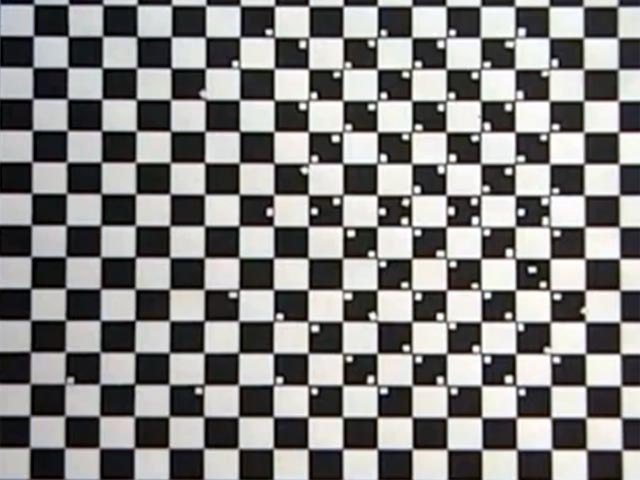 (CBS)- Sorcery! That's the only possible explanation for the mind-bending optical illusion in this video. The checkerboard you see above is flat. And then it isn't.

Of course, the video description has a much better explanation:

This video shows the following process in reverse slow motion: I spent over 4 hrs. placing 200 tiny white squares at specific spots on this checkered pattern. The spots I placed them at cause us to see the pattern as being warped inward because our eyes/brains pick them up as visual cues. We can't help but "connect the dots", which lead inward toward the center, and that skews our perception of the reality of the parallel pattern. Then I blew them off the pattern to show that it is in fact parallel. Watching it slowly in reverse shows the effect of the illusion as it's skewing our perception.

Makes sense. But we're sticking with our black magic theory.