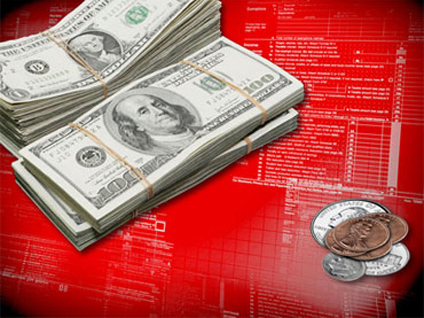 WASHINGTON - Fifty percent of U.S. workers earned less than $26,364 last year, and those earning less than $200,000 per year - roughly 99 percent of Americans - saw their earnings fall a collective $4.5 billion.

There were fewer jobs, and overall pay was trending down -- except for the nation's wealthiest, who saw a boost.

MoneyWatch: How much better are the super-rich doing than the 99 percent?

The statistics from the Social Security Administration, citing payroll data based on W-2 forms submitted by employers to the Internal Revenue Service, reflect a growing income gap between the nation's rich and poor, the government reported Thursday.

In all, there were 5.2 million fewer jobs than in 2007, when the deep recession began, according to the IRS data.

The figures are just one more indication of the toll that the worst downturn since the Great Depression has taken on the U.S. economy.

They were published as demonstrations rage on Wall Street and in cities across the nation protesting a widening income gulf between average wage earners and the nation's wealthiest.

The unemployment rate remains stuck at 9.1 percent, with more than 14 million out of work and 11 million other discouraged people who have stopped looking for work or are stuck in part-time jobs. Since 1980, roughly 5 percent of annual national income has shifted from the middle class to the nation's richest households, according to the Census Bureau.

While the average U.S income last year was $39,959, the mean income -- the figure where half earn more and half earn less -- was much lower, $26,364. This disparity reflects the fact that "the distribution of workers by wage level is highly skewed," according to Social Security.

Median compensation last year was just 66 percent of the average income, compared with nearly 72 percent in 1980.