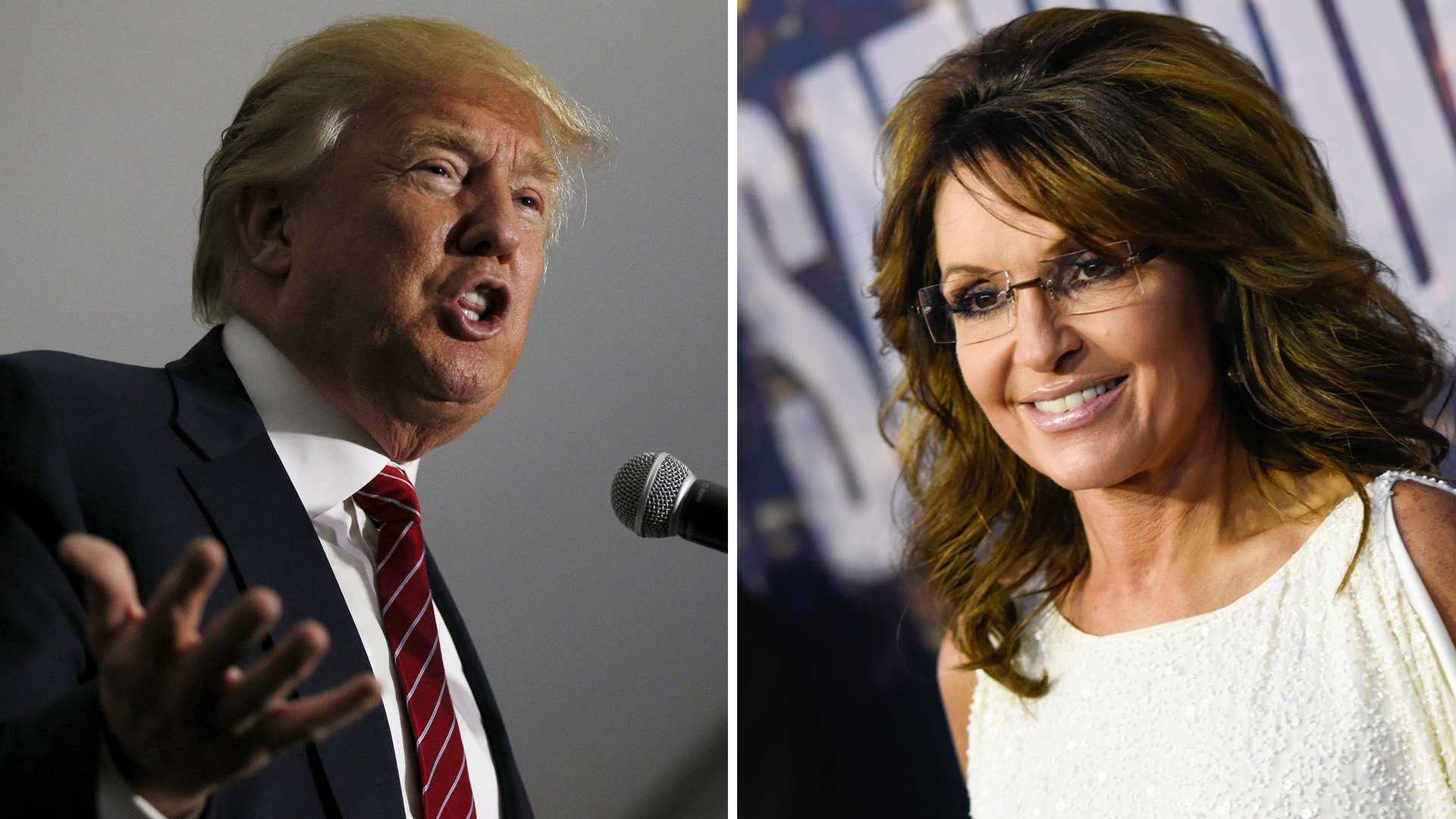 If Donald Trump became president, former Alaska governor Sarah Palin said Sunday that she'd be happy to be a part of his administration, suggesting the Department of Energy as a federal agency she'd like to head up.

"I think a lot about the Department of Energy," Palin told CNN's Jake Tapper, responding to a question about what cabinet position she would consider if Trump were in the White House. "Because energy is my baby -- oil and gas and minerals, those things that God has dumped on this part of the Earth for mankind's use, instead of relying on unfriendly foreign nations for us to import their resources."

But, the former vice presidential candidate warned, she would only serve as secretary temporarily.

"If I were head of that, I would get rid of it," Palin said, "and I would let the states start having more control over the lands that are within their boundaries and the people who are affected by the developments within their space."

"If I were in charge of that, it would be a short- term job," the reality television star added. "But it would be -- it would be really great to have someone who knows energy and is pro-responsible development to be in charge."

Palin and current Republican frontrunner Donald Trump have been on friendly terms since the Trump entered the 2016 race.

The real estate magnate has even said he would "love" to have Palin on his cabinet if he gets to the White House.

"I'd love that because she really is somebody that knows what's happening and she's a special person," Trump said in July, during an interview with "The Palin Update," a talk show airing on 24-hour Palin-centric news station Mama Grizzly Radio. "She's really a special person and I think people know that."

"I think I would rather have a president who is tough and puts America first than can win a game of 'Trivial Pursuit,'" Palin told CNN.

When answering Hewitt's question on the Iranian Revolutionary Guard's Quds forces and their leader, Trump flubbed his response, mistakenly speaking of the Kurds, an ethnic group in the Middle East.

But Palin dismissed Hewitt's line of questioning: "I don't think the public gives a flying flip if somebody knows who, today, is a specific leader of a specific region or religion or anything else, because that will change, of course, when the next president comes into power, just based on the volatility of politics in these other areas."

The conservative television darling also erred on Trump's side in the feud brewing between the billionaire candidate and former Florida governor Jeb Bush.

When asked to comment on Trump's attack against Jeb for speaking Spanish on the campaign trail, Palin said she didn't see it as an indicator of intolerance.

"I don't know what choosing to speak English or Spanish in a conversation, what that would have to do -- with somebody opposing it -- with tolerance or not," Palin said. "It's a benefit of Jeb Bush to be able to be so fluent in Spanish, because we have a large and wonderful Hispanic population that is helping to build America. And that's good. And that's a great relationship and connection that he has with them, through his wife and through his family connections."

But, Palin added, "on the other hand, you know, I think we can send a message and say, you want to be in America? A: You better be here legally, or you're out of here. B: When you're here, let's speak American. I mean, that's just -- that's -- let's speak English."