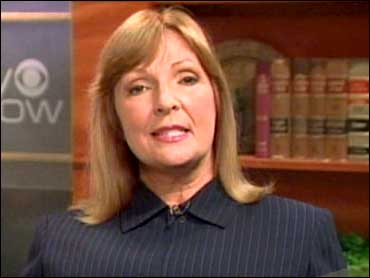 A woman with a history of treatment for substance abuse or mental problems is claiming that Bill Cosby drugged and fondled her 30 years ago, a claim denied by a lawyer for the 67-year-old comedian.

Cosby is under investigation in a separate case for possible sexual misconduct, but a prosecutor says the latest claim probably will not be relevant in that case.

Cosby's lawyer also blasted the Philadelphia Daily News for printing the accusations by Tamara Green, who was described by the newspaper Tuesday as a model-turned-lawyer who worked for Cosby in California at the time of the alleged encounter.

The report was published as prosecutors mulled whether to file charges against Cosby in the complaint by a former Temple University employee. A decision by Montgomery County District Attorney Bruce L. Castor Jr. could come this week.

Green, 57, told The Early Show co-anchor Harry Smith Thursday she came forward this week because her experience closely matched one alleged by the former Temple employee, who told police last month that Cosby had given her pills and fondled her at his suburban Philadelphia mansion a year ago.

"I think women should stand with other women. I'm sticking my neck out for her," said Green, when asked why she is allowing her name and photos to be made public. "My story is not false. If I were committing slander, it would be stupid. I'm a very sophisticated person. I'm well-educated. I'm a lawyer. I'm not going to come out here and tell a lie about Bill Cosby. He knows what he did. He should apologize. He should own it, and he should say, 'I've made bad choices and done some bad things.'

"That's what he should do, and if this girl is willing to stick her neck out, then women like me will come forward and stick out their necks for her."

According to the State Bar of California, Green entered a program for lawyers with substance abuse or mental health problems in October. The bar had lodged disciplinary charges against her in March, alleging 12 counts of misconduct involving three clients, spokeswoman Kathleen Beitiks said.

Green told the Philadelphia newspaper that Cosby gave her two pills at a restaurant after she felt ill. She said he then drove her home and tried to undress and kiss her.

"He emerged out of an office with these two capsules, which I swallowed down," Green told Smith Thursday. "Well, you know, half an hour or in 20 minutes or so, I feel great. I mean, really great. And very shortly thereafter, I was almost literally face down in my lunch. So he said he should take me home. I clearly could not drive. And when he got me home, he was going to assist me in removing all my clothes and put me to bed, and he sexually assaulted me then."

First Assistant District Attorney Risa Vetri Ferman declined Wednesday to comment on whether the investigation would include Green's complaint. But she said such decades-old allegations can only be used in a very limited number of cases.

"Generally, an accusation from over 30 years ago is not going to be considered admissible in court or relevant to an investigation," Ferman said.

"Mr. Cosby does not know the name Tamara Green or Tamara Lucier (her maiden name) and the incident she describes did not happen," Phillips said. "It is irresponsible of the Daily News to publish an uncorroborated story of an incident that is alleged to have happened 30 years ago."

As for Green herself, her reaction to Cosby's response: "What did you expect him to say? I don't think it was my name that was of most interest to him. In fairness to him, in the last 30 years, he's met a million women with various names. He said he didn't recognize the name."

"I'm not sure when the date was," she told Smith. "I mean, every combat soldier who's ever been in Vietnam will tell you that he remembers things that -- traumatic incidents are crystal clear in your mind. They have happened in slow motion for you. I know that it was a certain date or around a certain time because I remember the event as a terribly traumatic event. It's the only time that's ever happened to me."

In the other case involving Cosby, a former Temple employee, who now lives in her native Ontario, Canada, went to Canadian authorities Jan. 13, contending that Cosby gave her some medication that made her feel dizzy, then fondled her at his Cheltenham Township home after a dinner out with friends.

She said she later awoke to find her bra undone and her clothes in disarray.

She said she considered Cosby, a Temple alumnus and booster who frequently attends campus events, a friend and mentor.