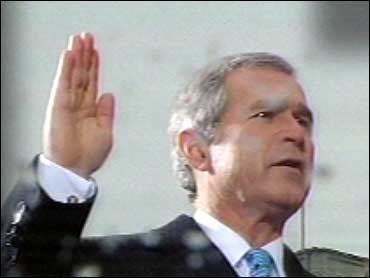 He opened the window. For about 46 minutes Monday, President Bush really did let us in to the thought processes behind his policies of the last eight years.

At times he was self confident, at others combative, sometimes silly. And even reflective.

You really do need to see or hear the whole thing in order to get the picture. For the really big revelation didn't come in one answer in came in response to several questions. It can be argued that the Bush administrations biggest mistake was not connecting the dots before 9/11.

What we heard clearly on Monday was that from that moment on protecting the country became his top priority. He leaned over the podium and said "Do you remember what it was like here after 9/11? I do."

Torture, war and eavesdropping all became reasonable prices to pay to keep America safe. That is the Bush doctrine. And from what we saw yesterday, he is certain that he did the best job he could.

And from that standpoint, he has no regrets.