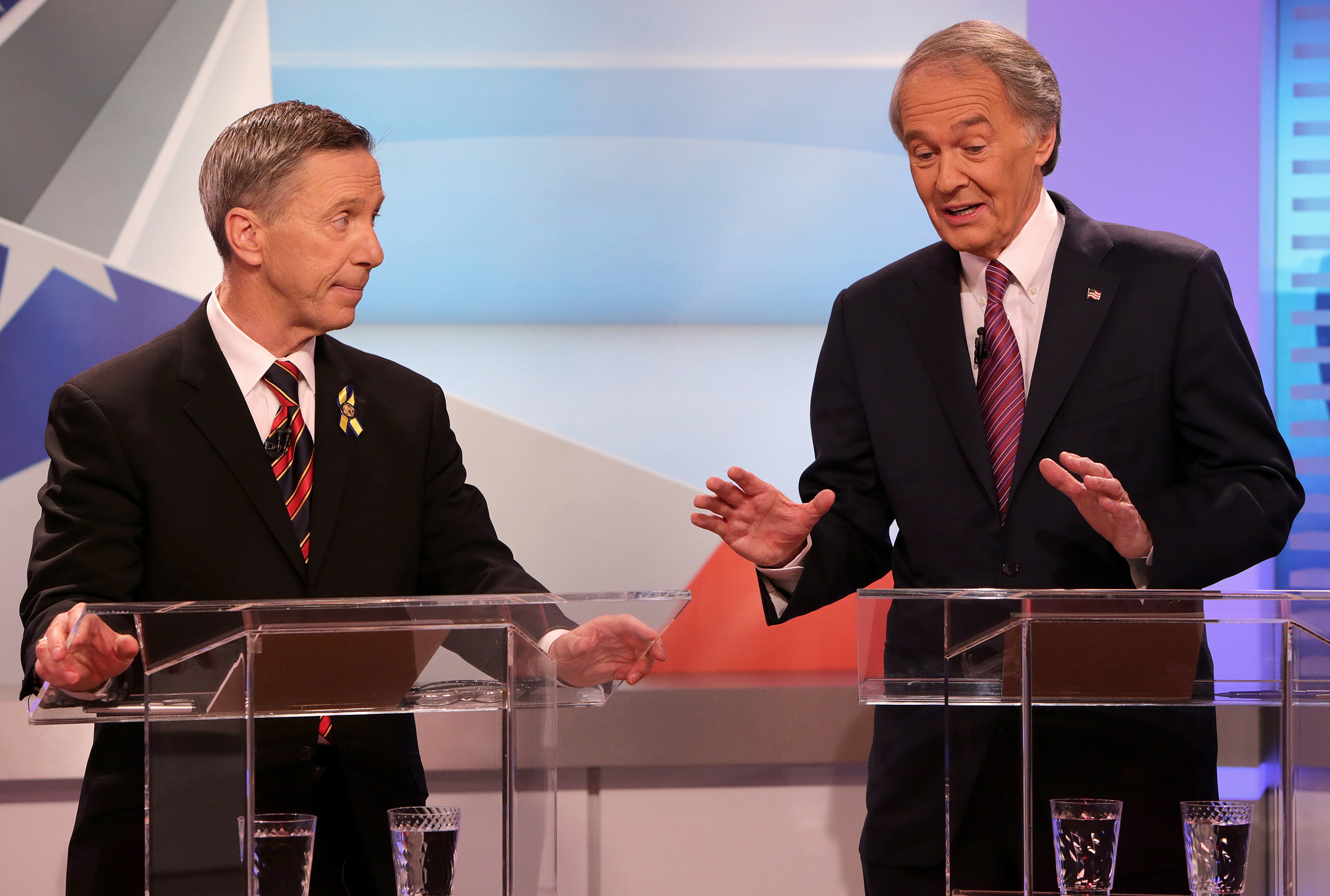 Massachusetts has been the scene of some of the nation's most contentious and high profile Senate contests in recent years, attracting national attention and millions of dollars worth of funds. But when the polls open tomorrow in the special election primary to replace Secretary of State - and former longtime Democratic senator - John Kerry, experts are expecting a decidedly more low-key affair - and a fractional amount of voter participation.

"It's been a very low-key race, oddly enough," said Maurice Cunningham, associate professor of political science at the University of Massachusetts at Boston. "It's funny -- after the excitement of Brown vs. Warren, six months later we really have a snoozer," he said, referring to the high-profile 2012 Senate race that saw Democrat Elizabeth Warren defeat incumbent Republican Scott Brown.

The Massachusetts secretary of state said Monday that only about 750,000 people - a little more than 11 percent of Massachusetts' population - are expected to show up to vote in Tuesday's Senate primaries, which will determine the two candidates who will compete to succeed Kerry in a special election this June.

Reps. Ed Markey, D-Mass., and Stephen Lynch, D-Mass., are battling it out for the Democratic nomination, while state Rep. Daniel Winslow, businessman Gabriel Gomez, and former U.S. attorney Michael Sullivan are vying for the Republican nomination.

Special elections are generally low-turnout affairs, given that they're short campaign cycles and stand-alone contests, which means they don't benefit from the infrastructure and activity surrounding a full ballot of activity. In Massachusetts' December 2009 special primary to fill the seat of the late Sen. Ted Kennedy, D-Mass., a total of 827,501 people, nearly 665,000 of them Democrats, turned out to vote. This time, the Republican Party is expecting to see a mild boost in its turnout while the number of Democratic voters is expected to shrink by more than 100,000 votes. The secretary of state's office also said the absentee ballot requests were down about 20 percent from 2009.

"It's just jaw-dropping," says Massachusetts Democratic strategist Mary Anne Marsh, in an interview with CBSNews.com. "We're definitely going to have a lower turnout than the 2009 special primary."

According to Marsh, part of the reason for what looks like depressed turnout is that the candidates themselves are pretty low-profile, lacking in some of the "marquee" qualities of the last couple of rounds of Massachusetts Senate races. None of the five contenders have ever run a statewide campaign, and according to Marsh they "don't even begin to have the kind of operation you would have in any other statewide race in any given year." From the beginning, she said, the candidates have struggled to "generate enthusiasm."

According to Conor Yunits, a spokesman for Democratic contender Stephen Lynch's campaign, "we know that turnout is going to be a problem, just given the nature of the election." He, like other operatives in the state, cited a series of factors, including "voter fatigue," the impending retirement of Boston Mayor Thomas Menino and ensuing political calculations, bad weather, and the Boston Marathon bombings two weeks ago, for which all the candidates suspended their campaigns for about a week.

"There's just been a whirlwind of events that has drawn attention away from the Senate race," Yunit said. Still, he said Lynch's campaign is "fully confident that we're going to be able to deliver our people."

Markey, as the better known, establishment candidate, likely benefited from these distractions, according to Cunningham.

"I think the political community here largely expects Markey to win. He's been the establishment candidate, he's had the backing of Democratic money, John Kerry endorsed him right out of the box," he said. "Anything that holds a race in place is a benefit to the guy in front."

Even so, Marsh says, in an election with a particularly small turnout, in which a relatively small number of voters could shake things up, the Democratic contest hinges on which activists show up at the polls.

"Is it all the Democratic activists who supported Elizabeth Warren, President Obama, [Governor] Deval Patrick? If that's the case, it's Markey," she said. "If they don't turn out and it's really union guys... then that's much better for Lynch."

Spokesmen for Lynch and Markey both insist they have strong get out the vote operations, and have been building their infrastructures up for months.

"We're not taking any chances, and that's why we've built the strongest grassroots operation of any campaign in this state," said Andrew Zucker, a spokesman for Markey. "We've organized more than 2,000 canvases and phone banks... We have 9,000 active volunteers, and by the time the polls have closed we will have reached out to nearly half a million voters."

Regardless of who wins tomorrow, however, the Massachusetts Democratic Party says it's not risking a repeat of the 2009-2010 contest, in which Republican Scott Brown came from behind to upset Democrat Martha Coakley in January 2010, thereby costing Democrats their majority in the Senate.

"The primary in the special race of '09 was sort of like this one, to be honest with you," said state Democratic Party chair John Walsh. "I think that what's different about this time is - where my focus is - we took that January special election for granted, which was an unforgivable sin. "We let our guard down. That will never happen again. We've learned our lessons from Scott Brown and we are entirely geared up."

Massachusetts GOP chair Kristin Hughes said she's confident "any one of our Republican candidates" has great odds, particularly against Markey.

But experts says it's an uphill battle for any of the three Republicans.

On the Republican side, Sullivan, once seen as the race's prohibitive frontrunner, has been outspent dramatically by Gomez, who been advertising heavily - in stark contrast to both of his rivals. Meanwhile, Winslow has won every editorial board endorsement, Marsh says.

"They're three interesting but flawed candidates in a very difficult state for Republicans," Cunningham said.

And Walsh swears he won't rest until a Democrat has assumed Kerry's old Senate seat.