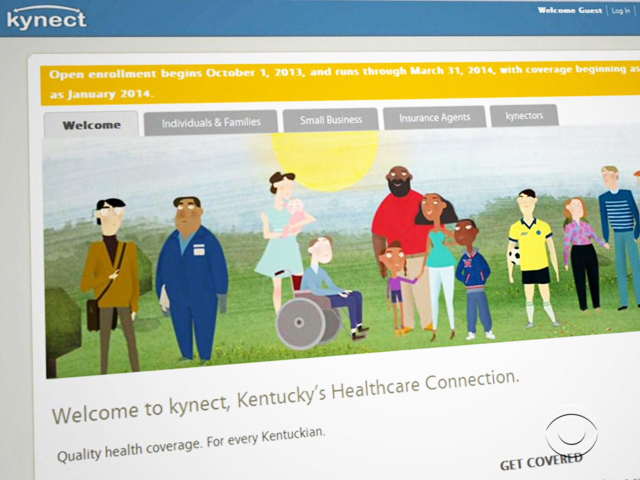 (CBS News) LOUISVILLE, Ky. -- He's the Democratic governor in mostly Republican Kentucky, but Steve Beshear took a political risk and fully embraced Obamacare. He had the state build its own health care exchange, which, at 60,000 enrollees, is among the nation's most successful.

Then he expanded the state's Medicaid program by executive order, which bypassed  Republican opponents in the Legislature.

Beshear says he did it because it was the right thing to do.

Kentucky has among the country's highest rates of smoking, cancer deaths and heart attacks -- and the governor argues that expanding insurance gives more people access to doctors.

Some 48,000 residents have already enrolled in Medicaid, including Carter Tate, who lost his private insurance last year.

“It relieved a whole lot of stress for me. So I'm very thankful for this. Very thankful,” said Tate.

But Beshear also tied Obamacare to the economy. Two independent studies concluded that Medicaid expansion, thanks to 100 percent federal funding, would generate billions in income and 17,000 health care-related jobs.

“Well, when you put those economic facts together with it being the morally right thing to do for your people, it's a no-brainer,” said Beshear. “Our people deserve this, they deserve to be healthy."

Republicans applaud the governor's intentions but question his math. Over time, the federal share of Medicaid drops from 100 percent to 90 percent and the state's 10 percent share could cost hundreds of millions.

Republican Robert Stivers is president of the Kentucky Senate.

“It is big money. That is a large portion of our state budget that we will be placing into that system,” said Stivers.

Some 12,000 Kentucky residents have also signed up for private health insurance, and a high number of them -- 41 percent -- are age 35 and younger, which is the age group needed to finance the system. One advantage to having a website that works is more appeal to younger people.