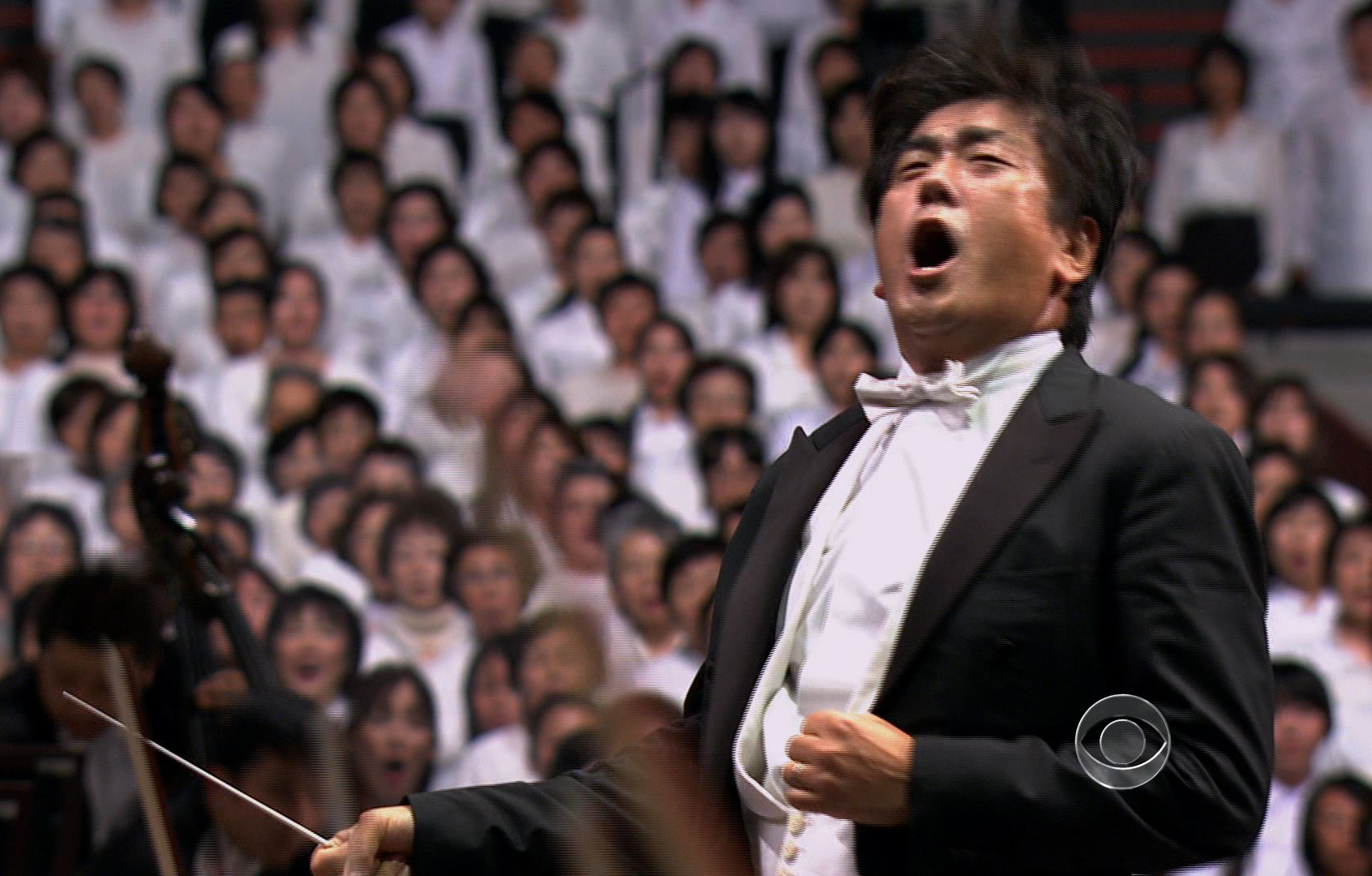 In countries like Japan, where most people still identify with Buddhism and the native Shinto religion, the usual trappings of Christmas are a side note.

But there's nothing low-key about one Japanese holiday tradition. This time of year, Japan goes batty for Beethoven's masterpiece "Ode to Joy," the final movement of his famous Ninth Symphony.

December just wouldn't be the end of the year, without a stirring rendition of Beethoven's Ninth. The music is so beloved in Japan, it's known affectionately as "daiku" -- which literally means "number nine."

The Beethoven craze began, strangely enough, during World War I, when German soldiers being held as prisoners in Japan staged the very first performance of number nine here.

The Japanese liked what they heard, and by the mid-20th century, number nine had become a holiday hit.

Performed and sung all through the month, from concert halls to department stores, number nine is now a welcome, if predictable, gig for musicians, and conductors.

"I have done (this) more than 150 times," said conductor Yutaka Sado.

Some hard-core fans even try to sing it in German.

For sheer scale, nothing beats the 10,000-man "Number Nine Chorus," of Osaka. Talented and tone-deaf alike, all vie for the chance to stand on stage.

In the wake of the disaster last March, the lyrics have taken on deeper meaning for Osaka residents who lived through the tsunami.

"The disaster showed us we need to help one another," said one chorus member. "That's what this song evokes, for me." A healing note, for a shattered nation.