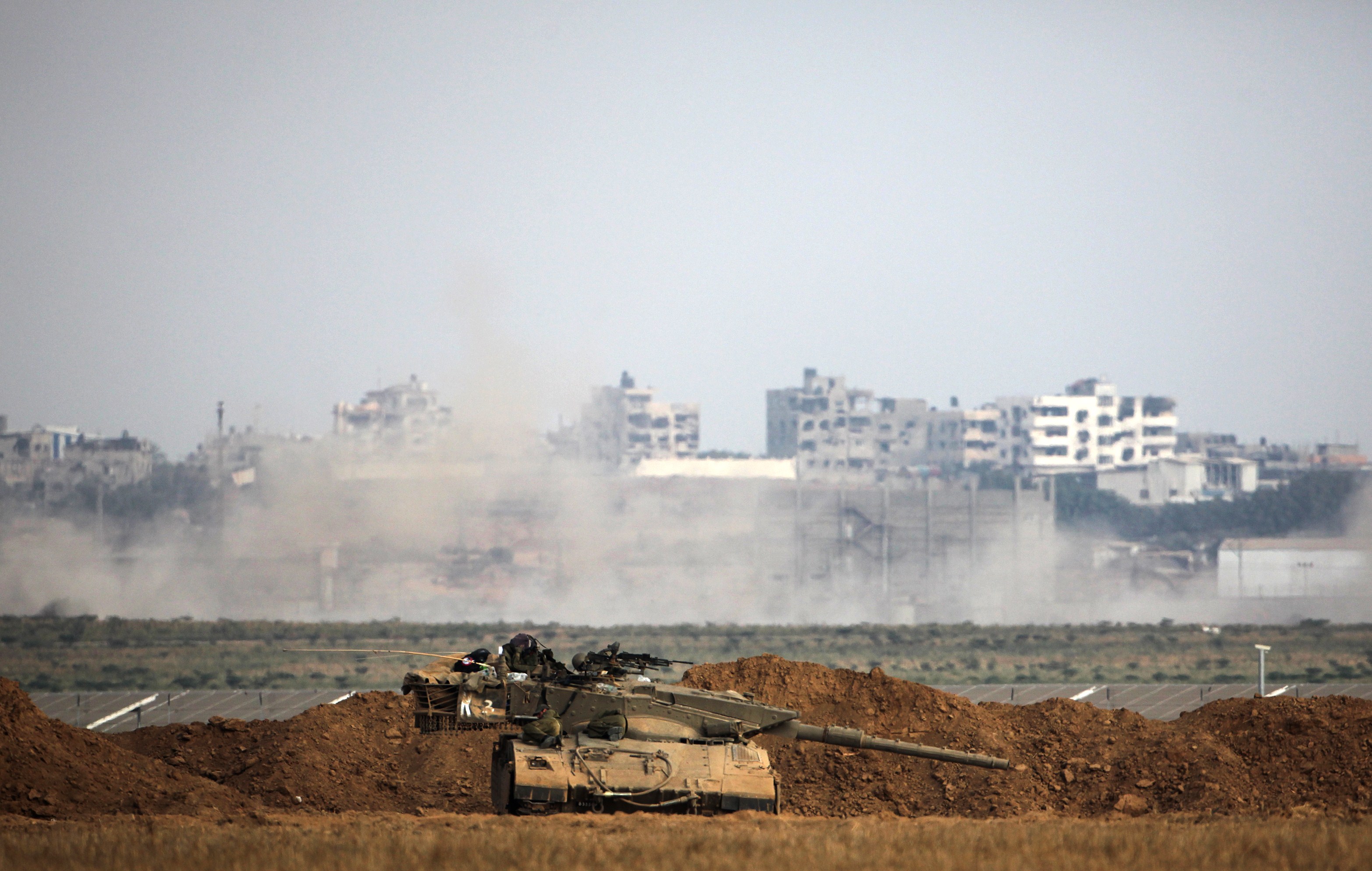 JERUSALEM -- The Israeli military said Monday it had carried out three airstrikes on Gaza, targeting Hamas rocket launchers and infrastructure in the Palestinian territory, as a relative lull in the fighting at the start of a major Muslim holiday came to an abrupt end.

The military said Israeli jets hit two rocket launchers and a rocket manufacturing facility in central and northern Gaza in response to a Hamas rocket being launched into southern Israel earlier in the morning. That rocket caused no damage or casualties.

The strikes followed an almost 12-hour pause in the three-week-old Gaza war as international efforts intensified to end the conflict that has already left more than 1,000 Palestinians dead -- mostly civilians. Since the current escalation erupted, 43 Israeli soldiers and two Israeli civilians have been killed.

Earlier Monday, the Israeli military said it hadn't carried out any attacks in Gaza since 9:30 the previous night. But it said troops were pressing on with efforts to destroy the cross-border tunnels constructed by Hamas for attacks inside Israel.

Hamas wants to break the seven-year blockade of Gaza and believes the only way to force serious negotiations on ending the closure is to keep fighting.

Hamas leader Khaled Meshaal told "CBS This Morning" co-host Charlie Rose that his group is determined to carry on the fight until Israel withdraws completely from the occupied West Bank and the Gaza Strip, grants Palestinians around the world the right to return to their homeland, and permits the establishment of a state of Palestine with Jerusalem as its capital.

Israel, which says it launched the war on July 8 to halt relentless Hamas rocket fire on its cities, wants more time to destroy Hamas' rocket arsenal and the tunnels the Islamic militants use to infiltrate Israeli territory and smuggle weapons.

The brief lull in fighting came as the U.N. Security Council called for "an immediate and unconditional humanitarian cease-fire" in Gaza. The Security Council met in emergency meeting just after midnight Monday.

CBS News foreign affairs analyst Pamela Falk says the non-binding Presidential statement by the Security Council was met with disappointment by both Israel and the Palestinians.

The "Security Council did not pass a binding Resolution, which would have been enforceable, but rather called on all parties to allow for the delivery of humanitarian assistance to the civilian population of Gaza, in a statement that reflected divisions among world powers -- as well as the parties involved -- on how to achieve a longer term cease-fire and a comprehensive peace plan," explains Falk.

"Divisions within the Palestinian leadership make it difficult to negotiate a peace plan, or even an extended cease-fire," says Falk, highlighting Meshaal's comments to Rose as an example Hamas portraying itself as speaking for the Palestinian population while on the other hand, political leaders from the West Bank, where the Fatah faction is in control, have said they're willing to recognize Israel as a Jewish state.

Last week, Ambassador Riyad Mansour, the permanent observer of Palestine to the United Nations, told Falk that Palestinian President Mahmoud Abbas in fact represents both the West Bank and Gaza and has recognized Israel as a Jewish state.

The pressure for a cease-fire followed new attacks launched by Israel and Hamas on Sunday despite back-and-forth over proposals for another temporary halt to nearly three weeks of fighting.

Also on Sunday, CBS News' Don Dahler says the Israeli military released video it claimed was proof it had nothing to do with the deaths of 16 Palestinians at a U.N.-operated school being used as a shelter on Thursday. The video, which is undated, purportedly shows a single mortar shell landing in an empty courtyard, but the Israelis' evidence contradicts dozens of eyewitness accounts, who said the school was hit twice -- the second time as people gathered in the grounds to await evacuation.

The 20-day war has killed more than 1,030 Palestinians, mainly civilians, according to the Palestinian health ministry. Israel has lost 43 soldiers, as well as two Israeli civilians and a Thai worker killed by rocket and mortar attacks from Gaza, according to Israeli officials.

The Palestinians and Israelis both criticized the statement adopted by the Security Council.

Mansour said the council should have adopted a strong and legally binding resolution a long time ago demanding an immediate halt to Israel's "aggression," providing the Palestinian people with protection and lifting the siege in the Gaza Strip so goods and people can move freely.

Nonetheless, Mansour expressed hope that Israel will "honor and respect" a new humanitarian cease-fire that the Palestinians hope will last "for a long time" so all outstanding issues can be addressed, especially the siege.

"You cannot keep 1.8 million Palestinian civilians in the Gaza Strip in this huge prison," he told reporters. "That is a recipe for disaster, It is inhumane, and it has to be stopped and it has to be lifted."

Israel's U.N. Ambassador, Ron Prosor, said the presidential statement didn't mention Hamas or the firing of rockets into Israel or Israel's right to defend itself.

He sidestepped several questions on whether Israel would accept a new humanitarian cease-fire, but stressed that it had agreed to five cease-fires since the conflict began.

"Every single time the international community called for a cease-fire, we ceased and Hamas fired," he said.