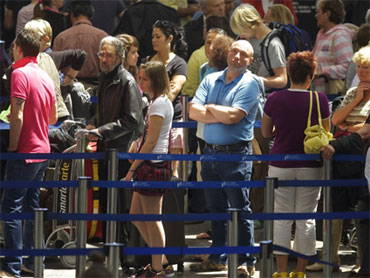 While there's nothing you can do to prevent a hurricane from happening, there are several precautions you can take to stay safe and healthy during this natural disaster.

"Everybody should have basic medical supplies inside the house," Dr. Keniff says. These include bandages of varying sizes and a topical antibiotic. He notes it is not only important to have the supplies but having them readily accessible.

"If you have any special needs, don't stay alone in the house," Dr. Keniff says, pointing out these include chronic heart disease, hypertension or diabetes. Also important, he says, is to have "plenty of canned goods and food and water in the house to keep yourself sustained for weeks."

When storms knock down electrical power lines, people may be starting their generators or using barbecues in the house, which may be dangerous.

"A lot of these downed power lines, they could fall at any point and you could get electrocuted pretty quickly."

Keniff also advises people to stay away from water and flooded areas. "Inland flooding a big problem with hurricanes in particular," he says. "There are two problems with them. The first one is, obviously, electricity. Downed power lines touching them and going through water. I was out in the storm for three days straight down here (Miami). I can attest for that. You're in and out of puddles all of the time and you never know when one of these power lines is going to snap and go into a puddle and, obviously, it presents electrocution hazard.

"Also, the inland flooding, a more common problem is that this is frequently mixed with raw sewage and that sewage can contain e-coli and other dangerous bacteria. It's important for everyone not to play in those puddles or spend too long in those puddles when they see them."