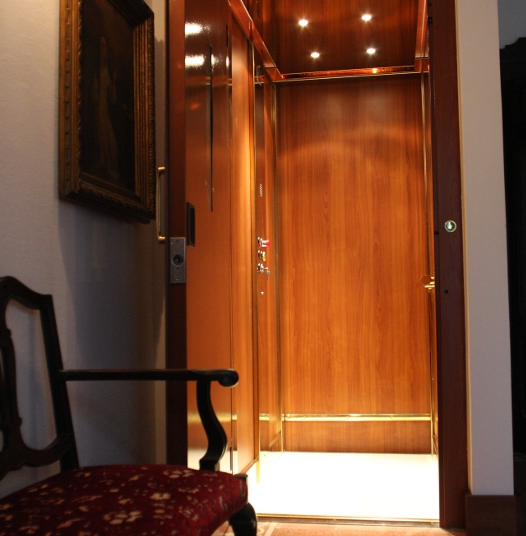 Safety advocates are warning the federal government about a growing problem with elevators, but not the kind in office buildings or hotels.

Jordan Nelson was the kind of boy who excelled at everything. He was a leader in sports and school -- until last Thanksgiving, when he stepped on an elevator and everything changed.

"He has this huge dimples, this bright smile and he just knew how to work it," Jordan's mother, Nikki, said.

The youngest in a tight-knit Baltimore family, 10-year-old Jordan wanted to do everything -- football, baseball, wrestling, and focus on school, where he took pride in wearing a coat and tie.

"Jordan excelled in every sport he did," Nikki said. "Whatever he did, he was topnotch in it."

Now, Jordan is paralyzed and silent, the result of a horrific accident last November on an elevator at the beach house the family had rented in South Carolina.

Nikki had no idea of the danger and constantly replays the moments before the accident.

"Gave him a hug and kiss and ... [I] guess my kiss was too affectionate, and he was trying to worm away," she recalled. "So he said, 'You know what, I'm outta here. I'm going upstairs to play the video game.' And he got on the elevator. And by the time I walked to the end of the hall I started hearing screams. And in that split second, my whole world was turned upside down."

Jordan is not alone. The Consumer Product Safety Commission (CPSC) estimates that over a 2-year period, some 1,600 people were hurt on home elevators, which typically don't have the same safety features as commercial elevators.

Most of the deaths and serious injuries occur when children get trapped in the gap between the elevators' exterior and interior doors. That's what happened with 3-year-old Jacob Helvey. Like Jordan, Jacob suffered catastrophic brain injury when the elevator failed to stop.

Attorney Andrew Cash, who has sued the manufacturers on behalf of the Nelson family, said the companies and government must do more.

Cash and the non-profit The Safety Institute have filed a petition with the Federal Safety Commission. They want mandatory standards and added protections like motion sensors that stop an elevator if a person is in the way.

But that's a high hurdle. New regulations are expensive and can drive companies and products out of the market.

Former CPSC commissioner Anne Northup said the commission is more likely to encourage the industry to change on its own.

"The companies are usually very eager to work on a new voluntary standard that eliminate those hazards," Northup said.

But Nikki Nelson said the companies have not been eager enough. She's speaking out so other families don't suffer the same loss that took away a son and brother to her older son, Josh.

After Jacob Helvey's injury, at least one manufacturer said it would require motion sensors on new home models.

But safety advocates insist all companies should do the same and also fix the old models.