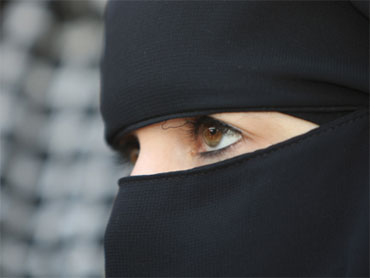 A Muslim Frenchman at the center of a firestorm over polygamy said Monday that keeping mistresses is the French way of life.

The man's case came to light after his wife was fined for driving with a veil covering her face, and his comments are an ironic riposte to those in French President Nicolas Sarkozy's government who want to push immigrants to better integrate into French society.

The 31-year-old Frenchwoman drew nationwide attention last week to a driving fine she received for apparel that hinders her vision. But it soon emerged that her husband may have four wives - although it was doubtful the marriages were made official under French law.

The situation appeared to be a boon to Sarkozy, who is trying to rush through controversial legislation forbidding burqa-style Islamic veils that cover the face, on the grounds that they don't respect French values or women's dignity. But it has stoked debate and may backfire on legal grounds.

Many Muslims fear a law banning face-covering veils because they say targeting the tiny minority of women who cover their faces stigmatizes France's entire Muslim community - at an estimated 5 million people, the largest in western Europe.

Those who want a full ban on the face-covering veil contend the garment conceals more than the face, notably helping to perpetuate practices like polygamy, approved in some Muslim countries, and is a signpost of a radical interpretation of Islam.

Interior Minister Brice Hortefeux wants to revoke the French citizenship of the driver's husband if he is found to be practicing polygamy. The man is also suspected of profiting from state subsidies for single women provided to each of the wives.

Authorities are looking into whether the Algerian-born Lies Hebbadj was married to four women in French civil ceremonies, which would be highly unlikely. Were he married in religious ceremonies by imams in Algeria or in France, these unions would not count as marriages under French law, said Rabah Hached, a Paris lawyer who specializes in immigration issues. In that case, each of the officially unmarried women could potentially receive state aid for her children.

For the attorney, the law may be on the side of the allegedly polygamous man.

"It's not forbidden to have a mistress," Hached said by telephone. While stressing he does not know details of the case, Hached said that "I strongly suspect this gentleman we're talking about is within his rights."

Hebbadj, defended his lifestyle Monday by turning the notion of polygamy on its head.

He did not specify whether he lives under the same roof with the various women in his life, although press reports have quoted neighbors as saying he moves between several houses. Hebbadj, whose robed image has been flashed around France by TV, runs a recently opened halal butcher shop.

The revelation last week that a police officer cited the woman, whose name has not been revealed, for driving while wearing a niqab, which reveals only the eyes, provided a taste of what is in store.

A French bill that would outlaw the veils in all public places will be introduced in May, despite a ruling by France's highest administrative body that it risks being found unconstitutional.

Prime Minister Francois Fillon met Monday with Muslim leaders and the justice minister Monday to lay the groundwork for an eventual law.

Belgium also plans a full ban on Islamic garments that cover the face and was expected to be the first EU country to institute one, until the collapse last week of the Belgian government. That legislation is on hold.

Sarkozy, who has striven to revive what he says is a loss of basic French values, is sinking in polls and his conservative party was trounced in March regional elections. Some Socialist rivals suggested the arrest of the veiled driver with a suspect husband was a setup.

A Socialist Party spokesman accused Sarkozy of playing to the anti-immigration far-right.

"The government decided ... to continue its strategy of stigmatizing" Muslims and has become "the best ally of Islamic extremists in France," Benoit Hamon said Monday. "A banal police citation has been transformed into an affair of state."

The question of banning face-covering veils was first broached last June when Sarkozy told parliament that such garments are "not welcome" in France, a message he repeated last month.

The issue blossomed into a major debate, recalling the enmity dividing politicians and citizens before France outlawed Muslim headscarves and other "ostentatious" religious symbols from classrooms in 2004.

The Interior Ministry estimates no more than 1,900 Muslim women wear attire that hides the face.

There are no official numbers on the number of polygamous families in France, most of which are from sub-Saharan Africa, but they are estimated in the tens of thousands.