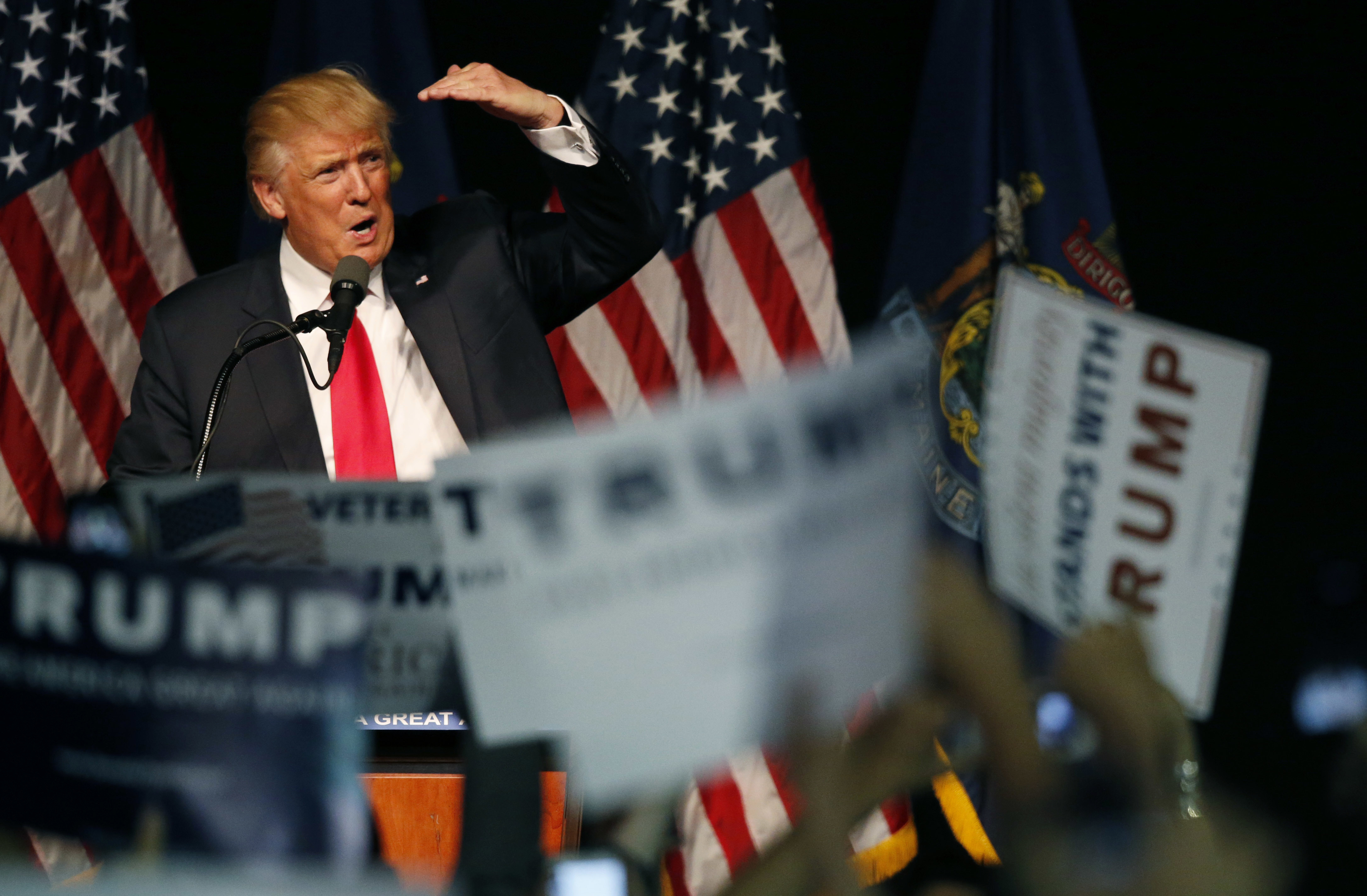 “We are electing a president we are not electing a husband. I don’t want him for her husband,” explains the Floridian, grabbing the arm of her 28-year old daughter. “I will worry about that later.”

The Floridians are heading into Trump’s rally here in West Palm Beach. Justine, the daughter with trendy pixie haircut, agrees with her mom.

Numerous women have come forward in recent days to allege Trump inappropriately touched them or kissed them. Hartigan, however, says the accusation won’t change her vote.

“We don’t care!” Hartigan says. “We are not listening to the media. We are with him. We are staying with him. It is a movement.”

That movement is alive in the grassy West Palm Beach lot where the Hartigans have parked their car. It is the lot furthest from the arena, which means that the mother-daughter duo has almost a mile to walk before getting to Trump’s rally. More than two dozen other cars have parked there.

In defending Trump, his most fervent supporters use a whole host of reasons to back up why this “does not matter.”

One of Trump’s supporters questioned the authenticity of the women’s claims.

“Donald is a hot ticket,” explains a 73-year-old lifelong artist who calls himself Chief Joseph the Eagle. He is not sure if the women are lying, but he says that is possible, and that he will continue supporting Trump even if many women say that they were touched inappropriately by him.

“They are trying to get some publicity,” he says.

Others lash out on the media. They say reporters are alwasys out to get their candidate, an argument Trump himself posited during the rally.

“These claims are all fabricated, they’re pure fiction, and they’re outright lies. These events never ever happened and the people that said them meekly fully understand,” said Trump.

“These lies come from outlets whose past stories and past claims have already been discredited. The media outlets did not even attempt to confirm the most basic facts, because even a simple investigation would’ve shown that these were nothing more than false smears.”

And just like Trump did in the second presidential debate, his supporters are also quick to turn the tables and reference the complex history that the Clintons have with women. Some say that Hillary Clinton’s treatment of women who have slept with her husband is more offensive than Trump’s comments. Others call Bill Clinton’s sexual misconduct in the White House incomparable to what Trump has, potentially, done.

“Prove it,” says Kim King when asked about the women accusing Trump.

“They paid off Paula Jones. That is enough proof,” King says in moving the conversation, to focus on Bill Clinton’s sexual history. King’s husband, who has his arm around her, dives into conspiracy theories that Clinton got expelled from Harvard for rape. The couple from Port St. Lucie. Bill Clinton never attended Harvard.

Another couple heading to the rally is pushing a stroller with their 3-month old son. They say they have been Democrats their whole life. Now they say they cannot allow their little boy to grow up under a Clinton administration. The primary reason for them is that politicians are all in “cahoots” against everyday Americans.

The Trump campaign needs these raucous devotees to stick with him, especially in Democratic-leaning Palm Beach County. In 2012, Obama won the county with 58 percent even as he just narrowly won the state. If Trump can’t hit the 41 percent here that Romney attracted, the outlook statewide is bleak.

Turnout at a Palm Beach GOP debate watch party over the weekend was not as high as the organizers had expected, but those who were there also called Trump’s comments on women unimportant. In fact, some women said they would be surprised if any man claimed that he never made comments like that — referring to Trump bragging that he kisses and gropes women without consent.

They condoned men’s locker-room talk, erupting in laughter when one man jeered at Clinton on the TV screen: “If you don’t like women in bikinis, get out of the US! Women should wear bikinis!”

But even some Trump devotees in the furthest parking, willing to walk a mile in the sun to see their candidate, didn’t feel like Trump’s behavior with women.

Ellen Cole, an elderly Floridian who went to rally with her friend, knows women who have been sexually abused. What do they think?

“I am just telling you it is black and white between Hillary and Donald,” she says, and leaves it at that.