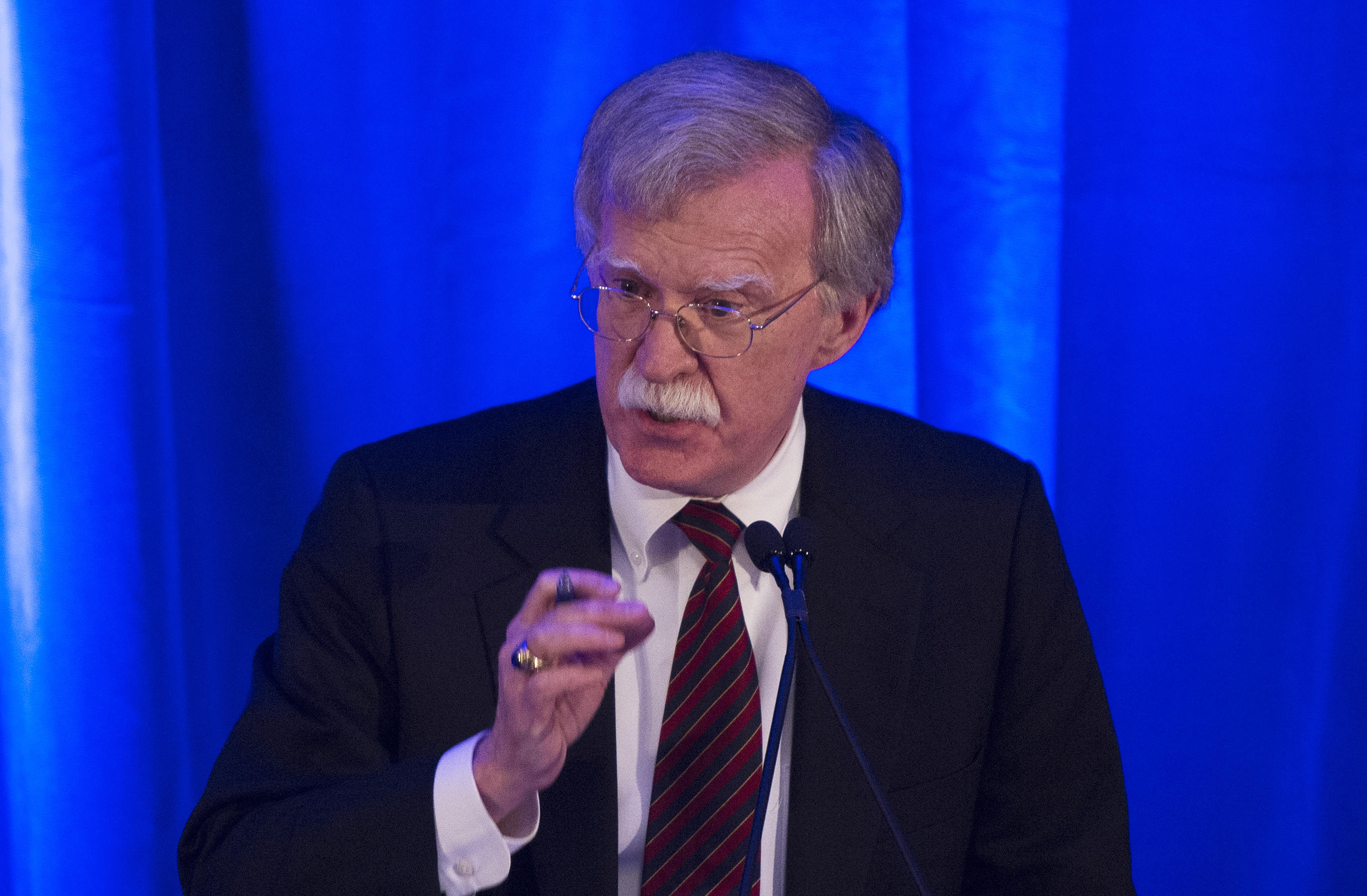 In his first major public address since becoming national security adviser to President Trump, Ambassador John Bolton preemptively singled out the International Criminal Court, warning that its judges and prosecutors would be subject to travel restrictions, sanctions and criminal prosecution if it sought to investigate American citizens.

"Americans can rest assured that the United States will not provide any form of legitimacy or support to this body," Bolton said in prepared remarks at an event organized by the Federalist Society in Washington, D.C. "The ICC is already dead to us."

Bolton indicated on Monday that the timing of his announcement was meant to preempt an imminent announcement from the ICC.

"The reason for the timing now is that even in the past few weeks and months, we have been hearing that a decision on a possible formal investigation is very close," he told reporters after his speech.

Last November, ICC prosecutor Fatou Bensouda requested permission to open a formal investigation into allegations of war crimes committed since 2002 by, among others, American military and CIA personnel in Afghanistan and at secret detention facilities set up in Poland, Lithuania and Romania. All four are states parties of the ICC.

"There is a reasonable basis to believe that war crimes and crimes against humanity have been committed in connection with the armed conflict in Afghanistan," Bensouda said at the time.

"Our effort here, because we think the court itself is illegitimate, is simply for this investigation not to go forward," Bolton said.

While Bolton has been an outspoken critic of the court for decades – including when he served in the George W. Bush administration – the suggestion that the U.S. would legally and financially retaliate against agents of the ICC is without clear precedent.

"We will prosecute them in the U.S. criminal system," Bolton said, "we will do the same for any company or state that assists an ICC investigation of Americans."

Bolton left unspecified what kinds of legal instruments would be employed and whether they might apply to other, less senior ICC personnel, which can include American citizens.

The United States is not and never has been a state party to the ICC, though certain administrations have cooperated with its investigations in the past. One hundred twenty-three states have ratified the Rome Statute establishing the ICC, which is based in The Hague, Netherlands.

The European Union itself is not party to the ICC, though it is among its most significant financial backers. All of its member states are signatories.

Bolton also referenced a potential ICC investigation of Israel for its activities in the West Bank and Gaza Strip as impetus for his remarks, during which he also announced the closure of the Palestine Liberation Organization's office in Washington, DC.

"There is no evidence that the PLO office in Washington contributed to diplomacy," he told reporters.

Israel is not a member of the ICC, though Palestine was admitted as a state party in 2015.

Bolton said the Trump administration would "take note" of any countries that cooperate with ICC investigations of the United States and consider additional avenues using the UN Security Council to "constrain" the court's powers.

He criticized EU countries in particular, citing the bloc as an area "where the global governance dogma is strong."

A spokesman for the ICC did not immediately respond for a request for comment.

Though occasionally punctuated by applause from his mostly conservative audience, elsewhere Bolton's remarks were met with sharp criticism.

"This was not a speech of strength whatsoever," said Ambassador David Scheffer, who led the U.S. negotiating team during UN talks on the International Criminal Court in the late 1990s, and who was authorized by President Clinton to sign the Rome Statute establishing the ICC in 1998. "It screams out fear and weakness."

"It reflects the United States being intimidated by international law and multilateral institutions," Scheffer told CBS News in a phone interview. "This is not America standing tall – our allies and adversaries overseas will see this as America cowering."

President Bush, via Bolton, "unsigned" the statute that created the ICC in 2002. On Monday, Bolton recalled it as his "happiest day in government."

Bolton also signaled that the administration was actively evaluating its participation in other multilateral institutions like the World Trade Organization, from which President Trump has previously threatened to withdraw.

"I think concern for national sovereignty is extremely important to the administration," Bolton said. "How that plays out in future decisions, I'd rather not forecast, but I think it is something that goes directly to democratic theory of who governs."

"And the Trump administration view is that Americans govern Americans. How's that for a radical thought?" he said, sarcastically.

Teen hacking group to be investigated by Cyber Safety Review Board