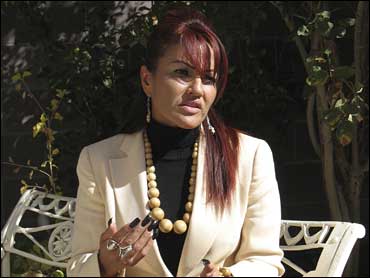 In the hours before Election Day, as inevitable as winter, comes an onslaught of dirty tricks - confusing e-mails, disturbing phone calls and insinuating fliers left on doorsteps during the night.

The intent, almost always, is to keep folks from voting or to confuse them, usually through intimidation or misinformation. But in this presidential race, in which a black man leads most polls, some of the deceit has a decidedly racist bent.

Complaints have surfaced in predominantly African-American neighborhoods of Philadelphia where fliers have circulated, warning voters they could be arrested at the polls if they had unpaid parking tickets or if they had criminal convictions.

Over the weekend in Virginia, bogus fliers with an authentic-looking commonwealth seal said fears of high voter turnout had prompted election officials to hold two elections - one on Tuesday for Republicans and another on Wednesday for Democrats. (See the flyer here.)

In New Mexico, two Hispanic women filed a lawsuit last week claiming they were harassed by a private investigator working for a Republican lawyer who came to their homes and threatened to call immigration authorities, even though they are U.S. citizens.

"He was questioning her status, saying that he needed to see her papers and documents to show that she was a U.S. citizen and was a legitimate voter," said Guadalupe Bojorquez, speaking on behalf of her mother, Dora Escobedo, a 67-year-old Albuquerque resident who speaks only Spanish. "He totally, totally scared the heck out of her."

In Pennsylvania, e-mails appeared linking Democrat Barack Obama to the Holocaust. "Jewish Americans cannot afford to make the wrong decision on Tuesday, Nov. 4," said the electronic message, paid for by an entity calling itself the Republican Federal Committee. "Many of our ancestors ignored the warning signs in the 1930s and 1940s and made a tragic mistake."

Laughlin McDonald, who leads the ACLU's Voting Rights Project, said he has never seen "an election where there was more interest and more voter turnout, and more efforts to suppress registration and turnout. And that has a real impact on minorities."

The Obama campaign and civil rights advocacy groups have signed up millions of new voters for this presidential race. In Ohio alone, some 600,000 have submitted new voter registration cards.

Across the country, many of these first-time voters are young and strong Obama supporters. Many are also black and Hispanic.

Activist groups say it is this fresh crop of ballot-minded citizens that makes some Republicans very nervous. And they say they expect the dirty tricks to get dirtier in final hours before Tuesday.

"Oh, there's plenty of time for things to get ugly," said Zachary Stalberg, president of The Committee of Seventy, a Philadelphia-based government watchdog group that is nonpartisan.

Other reports of intimidation efforts in the hotly contested state of Pennsylvania include leaflets taped to picnic benches at Drexel University, warning students that police would be at the polls on Tuesday to arrest would-be voters with prior criminal offenses.

In his Jewish neighborhood, Stalberg said, fliers were recently left claiming Obama was more sympathetic to Palestinians than to Israel, and showed a photograph of him speaking in Germany.

"It shows up between the screen door and the front door in the middle of the night," Stalberg said. "Why couldn't someone knock on the door and hand that to me in the middle of the day? In a sense, it's very smartly done. The message gets through. It's done carefully enough that people might read it."

Such tactics are common, and are often impossible to trace. Robo-calls, in which automated, bogus phone messages are sent over and over, are very hard to trace to their source, say voting advocates. E-mails fall into the same category.

In Nevada, for example, Latino voters said they had received calls from people describing themselves as Obama volunteers, urging them to cast their ballot over the phone.

The calls were reported to Election Protection, a nonprofit advocacy group that runs a hot line for election troubles. The organization does not know who orchestrated them.

"The Voting Rights Act makes it a crime to misled and intimidate voters," said McDonald. "If you can find out who's doing it, those people should be prosecuted. But sometimes it's just difficult to know who's doing what. Some of it's just anonymous."

Trying to mislead voters is nothing new.

"We see this every year," said Jonah Goldman of the advocacy group Lawyers' Committee for Civil Rights Under Law. "It all happens around this time when there's too much other stuff going on in the campaigns, and it doesn't get investigated."

In 2006, automated phone calls in the final days leading to the federal election wrongly warned voters they would not be allowed to vote without a photo ID. In Colorado and Virginia, people reported receiving calls that told them their registrations had expired and they would be arrested if they showed up to vote.

The White House contest of 2004 was marked by similar deceptions. In Milwaukee, fliers went up advising people "if you've already voted in any election this year, you can't vote in the presidential election." In Pennsylvania, a letter bearing what appeared to be the McCandless Township seal falsely proclaimed that in order to cut long voting lines, Republicans would cast ballots on Nov. 2 and Democrats would vote on Nov. 3.

E-mail assaults have become increasingly popular this year, keeping pace with the proliferation of blogging and Obama's massive online campaign efforts, according to voting activists.

"It is newer and more furious than it ever has been before," Goldman said.

And Republicans are not exempt. "Part of it is that election campaigns are more online than ever before," said Goldman. "During the primaries, a lot of Web sites went up that seemed to be for (GOP candidate Rudy) Giuliani, but actually were attack sites."