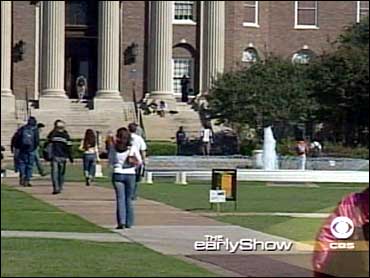 Victor Davis Hanson is a classicist and historian at the Hoover Institution, Stanford University, and the author, most recently, of The Father of Us All: War and History, Ancient and Modern.


The liberal arts face a perfect storm. The economy is struggling with obscenely high unemployment and is mired in massive federal and state deficits. Budget cutting won't spare education.

The public is already angry over fraud, waste, and incompetence in our schools and universities. And in these tough times, taxpayers rightly question everything about traditional education - from teachers' unions and faculty tenure to the secrecy of university admissions policies to which courses really need to be taught.

Opportunistic private trade schools have sprouted in every community, offering online certification in practical skills without the frills and costs of so-called liberal-arts "electives."

In response to these challenges, the therapeutic academic Left proved incapable of defending the traditional liberal arts. With three decades of defining the study of literature and history as a melodrama of race, class, and gender oppression, it managed to turn off college students and the general reading public. And, cheek by jowl, the utilitarian Right succeeded in reclassifying business and finance not just as undergraduate majors, but also as core elements in general-education requirements.

In such a climate, it is unsurprising that once again we hear talk of cutting the "non-essentials" in our colleges, such as Latin, Renaissance history, Shakespeare, Plato, Rembrandt, and Chopin. Why do we cling to the arts and humanities in a high-tech world in which we have instant recall at our fingertips through a Google search and such studies do not guarantee sure 21st-century careers?

But the liberal arts train students to write, think, and argue inductively, while drawing upon evidence from a shared body of knowledge. Without that foundation, it is harder to make - or demand from others - logical, informed decisions about managing our supercharged society as it speeds on by.

Citizens - shocked and awed by technological change - become overwhelmed by the Internet chatter, cable news, talk radio, video games, and popular culture of the moment. Without links to our heritage, we in ignorance begin to think that our own modern challenges - the war in Afghanistan, gay marriage, cloning, or massive deficits - are unique and not comparable to those solved in the past.

And without citizens broadly informed by the humanities, we descend into a pyramidal society. A tiny technocratic elite on top crafts everything from cell phones and search engines to foreign policy and economic strategy. A growing mass below has neither understanding of the present complexity nor the basic skills to question what they are told.

During the 1960s and 1970s, committed liberals thought we could short-circuit the process of liberal education by creating advocacy courses with the word "studies" in their names. Black studies, Chicano studies, community studies, environmental studies, leisure studies, peace studies, women's studies, and hundreds more were designed to turn out more socially responsible young people. Instead, universities have too often graduated zealous advocates who lacked the broad education necessary to achieve their predetermined politicized ends.

On the other hand, pragmatists argued that our 20-year-old future CEOs needed to learn spreadsheets rather than why Homer's Achilles did not receive the honors he deserved, or how civilization was lost in fifth-century Rome and 1930s Germany. But Latin or a course in rhetoric might better teach a would-be captain of industry how to dazzle his audience than a class in Microsoft PowerPoint.

The more instantaneous our technology, the more we are losing the ability to communicate. Twitter and text-messaging result in economy of expression, not in clarity or beauty. Millions are becoming premodern - communicating in electronic grunts that substitute for effective and dignified expression. Indeed, by inventing new abbreviations and linguistic shortcuts, we are losing a shared written language altogether, in a way analogous to the fragmentation of Latin as the Roman Empire imploded into tribal provinces. No wonder the public is drawn to stories like The Lord of the Rings and The Chronicles of Narnia, in which characters speak beautifully and believe in age-old values.

Life is not just acquisition and consumption. Engaging English prose uplifts the spirit in a way Twittering cannot. The anti-Christ video shown by the Smithsonian at the National Portrait Gallery will fade when the Delphic Charioteer or Michelangelo's David does not. Appreciation of the history of great art and music fortifies the soul, and recognizes beauty that does not fade with the passing fad.

America has lots of problems. A population immersed in and informed by literature, history, art, and music is not one of them.
By Victor Davis Hanson:
Reprinted with permission from National Review Online