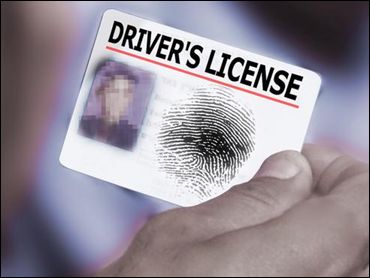 He was an impostor in life. In death he became a John Doe.

Last July, a man identified as Joseph N. Chandler committed suicide in his apartment. It turned out he had stolen the identity of an 8-year-old boy who was killed with his parents in a 1945 car crash near Sherman, Texas.

The impostor was described by police as a loner in his 60s.

"We don't know what or who he was hiding from or who he really was," police Detective Lt. Tom Doyle said.

The man left $82,000 in a savings account, but didn't leave a will. Police said family members listed on a rental agreement led to nonexistent people or addresses.

"We thought at first maybe he was in the witness protection program, but that has been ruled out," Doyle said.

A judge has ordered investigators to try to find the man's heirs. If they cannot find any within 18 months, the money will go to the county's unclaimed-funds account.

After police found his body last July 31, the county coroner discovered the man had colon cancer that soon would have killed him.

His closest friend, a former co-worker who knew little of the man's past, was appointed by the court as executor of the estate. Two investigators he hired to notify heirs discovered the relatives they found were family members of the dead Texas boy.

Investigations learned that a man claiming to be Joseph Newton Chandler, of Rapid City, S.D., requested his first Social Security card in September 1978, at 41.

The man listed his parents as Ellen Christina Kaaber Chandler and Joseph Newton Chandler Jr. and said he was born in Buffalo, N.Y., on March 11, 1937 — all information taken from the Texas boy.

Making identification more difficult, the body was cremated soon after an autopsy, and neither the suicide weapon nor items in the apartment had fingerprints clear enough to be of much use, police said.

"This guy made a life out of another life and he made a point to stay unknown," Doyle said.