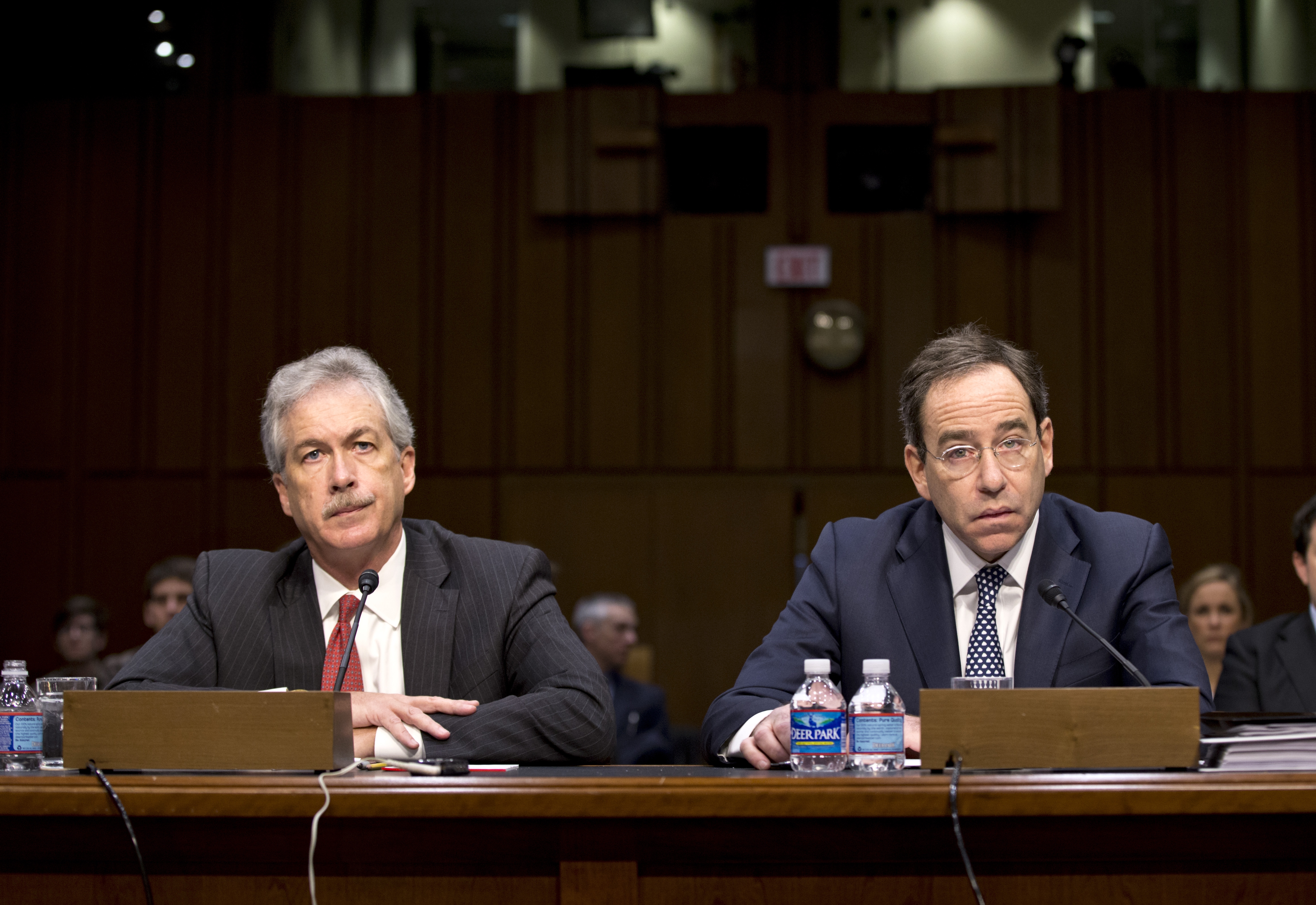 Amid ongoing controversy surrounding the September 11 attacks in Benghazi that left four Americans dead, State Department officials acknowledged today that "mistakes occurred" regarding the security situation in Libya, and pledged the department is taking immediate action to correct "systemic problems" that may have prevented the department from preempting the attacks.

"We've learned some very hard, and painful lessons in Benghazi, and all are acting on them," said William Burns, deputy secretary of state, during testimony before the Senate Foreign Relations Committee. "We have to do better. We owe it to our colleagues who lost their lives in Benghazi."

Yesterday, four State Department officials either resigned or were let go after the release of a harsh report detailing the department's findings about circumstances surrounding the Benghazi attack. The report accused the State Department of displaying a "lack of leadership" in burgeoning security issues in Benghazi, and argued the resulting security system "was inadequate for Benghazi and grossly inadequate to deal with the attack that took place." The report specifically pointed to "systemic failures and leadership and management deficiencies at senior levels within two bureaus." Among those who resigned were Eric Boswell, the head of diplomatic security at the State Department.

Today, Burns and Thomas Nides, deputy secretary of state for management and resources, testified before House and Senate committees about what went wrong -- and what is being done going forward to prevent similar breaches of security. Secretary of State Hillary Clinton had been slated to appear before both committees, but canceled several days ago due to illness and a recent concussion.

In their Senate testimonies, both Nides and Burns conceded the department's mistakes on Benghazi, but stressed the hard work of officials who maintain the peace "99 percent" of the time.

Both were questioned about the extent to which State Department officials had been aware of security complaints coming out of Benghazi, as well as whether there had been broader warning signs of a potential attack.

Burns cited a "troubling pattern" of "deteriorating security in eastern Libya," and that "we did not do a good enough job, as the report highlights, in trying to connect the dots between that troubling pattern, even in the absence of an immediate tactical threat."

"There has been a tendency -- not just in the case of eastern Libya, but I think across the world in recent years -- for us to focus too much on specific credible threats and sometimes lose the forest for the trees," he said . "I think that's something that, you know, we were painfully reminded of in the case of the Benghazi attack, and we need to do better at."

He said he was not sure exactly how much Secretary of State Hillary Clinton had been made aware of the deteriorating security situation in Benghazi, nor was he sure precisely who saw a series of cables on the same subject.

"As Secretary Clinton has said, all of us as senior leaders in the department are accountable and responsible for what happened. And I certainly fault myself," said Burns. "You know, I accompanied the remains of my four colleagues back after the attack in Benghazi... And on that long flight home, I certainly had a lot of time to think about sharper questions that I could have asked, sharper focus that I could have provided."

"The task force has already met to translate the recommendation into actual 60 specific action items. We've assigned every single one to the responsible bureau for immediate implementation and several will be completed by the end of this calendar year," he said. "At Secretary Clinton's direction, we have moved quickly to conduct a worldwide review of our overall security posture with meticulous scrutiny of a number of high threat posts."

In the meantime, however, Sen. John Kerry, D-Mass., the chairman of the Senate Foreign Relations Committee who is widely believed to be next in line to be Secretary of State, emphasized the importance of maintaining a diplomatic presence abroad that is both secure and open.

"There's a truth about diplomacy and foreign service that needs to be processed through the committee and the Congress and the country as we examine the events of Benghazi," he said. "Our challenge is to strike a balance between the necessity of the mission, available resources and tolerance for risk."