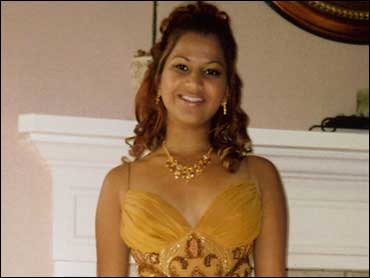 America's detention system for immigrants has mushroomed in the last decade, a costly building boom that was supposed to sweep up criminals and ensure that undocumented immigrants were quickly shown the door.

Instead, an Associated Press computer analysis of every person being held on a recent Sunday night shows that most did not have a criminal record and many were not about to leave the country — voluntarily or via deportation.

An official Immigration and Customs Enforcement database, obtained under the Freedom of Information Act, showed a U.S. detainee population of exactly 32,000 on the evening of Jan. 25.

The data show that 18,690 immigrants had no criminal conviction, not even for illegal entry or low-level crimes like trespassing. More than 400 of those with no criminal record had been incarcerated for at least a year. A dozen had been held for three years or more; one man from China had been locked up for more than five years.

Nearly 10,000 had been in custody longer than 31 days — the average detention stay that ICE cites as evidence of its effective detention management.

Especially tough bail conditions are exacerbated by disregard or bending of the rules regarding how long immigrants can be detained.

Based on a 2001 ruling by the U.S. Supreme Court, ICE has about six months to deport or release immigrants after their case is decided. But immigration lawyers say that deadline is routinely missed. In the system snapshot provided to the AP, 950 people were in that category.

The detainee buildup began in the mid 1990s, long before the 2001 attacks on the World Trade Center and the Pentagon. Since 2003, though, Congress has doubled to $1.7 billion the amount dedicated to imprisoning immigrants, as furor over "criminal aliens" intertwined with post-9/11 fears and anti-immigrant political rhetoric.

But the dragnet has come to include not only terrorism suspects and cop killers, but an honors student who was raised in Orlando, Fla.; a convenience store clerk who begged to go back to Canada; and a Pentecostal minister who was forcibly drugged by ICE agents after he asked to contact his wife, according to court records.

Immigration lawyers note that substantial numbers of detainees, from 177 countries in the data provided, are not illegal immigrants at all. Many of the longest-term non-criminal detainees are asylum seekers fighting to stay here because they fear being killed in their home country. Others are longtime residents who may be eligible to stay under other criteria, or whose applications for permanent residency were lost or mishandled, the lawyers say.

Still other long-term detainees include people who can't be deported because their home country won't accept them or people who seemingly have been forgotten in the behemoth system, where 58 percent have no lawyers or anyone else advocating on their behalf.

ICE says detention is the best way to guarantee that immigrants attend court hearings and leave the country when ordered.

"It's ensuring compliance, and if you look at the stats, for folks who are in detention, the stats are pretty darn high," said ICE spokeswoman Cori Bassett.

By comparison though, most criminal suspects, even sometimes those accused of heinous offenses, are entitled to bail.

"We're immigrants, and it makes it seem like it's worse than a criminal," said Sarjina Emy, a 20-year-old former honors student who spent nearly two years in a Florida lockup because her parents' asylum claim was denied when she was a child. "I always thought America does so much for justice. I really thought you get a fair trial. You actually go to court. (U.S. authorities) know what they are doing. Now, I figured out that it only works for criminal citizens."

The use of detention to ensure immigrants show up for immigration court comes at a high cost compared to alternatives like electronic ankle monitoring, which can track people for considerably less money per day.

Based on the amount budgeted for this fiscal year, U.S. taxpayers will pay about $141 a night — the equivalent of a decent hotel room — for each immigrant detained, even though paroling them on ankle monitors — at a budgeted average daily cost of $13 — has an almost perfect compliance rate, according to ICE's own stats.

For years, ICE and its predecessor, the Immigration and Naturalization Service, had the power to detain immigrants. With little bed space or public clamor to lock people up, though, millions of foreigners quietly went about life in the United States.

In 1996, Congress passed a pair of laws requiring that immigrants who committed crimes be locked up for deportation, beginning a dramatic run-up in incarcerations. So-called "criminal aliens" — immigrants convicted of a crime, including some misdemeanors like low-level drug crimes — became mandatory detainees even if their original crime brought no prison time.

A system that housed 6,785 immigrants in 1994 now holds nearly five times that amount in 260 facilities across the country, most under contract with local governments or private companies. For this fiscal year, ICE has enough money budgeted for 33,400 people on any given night.

Emy, who was raised in Orlando, Fla., spent 20 months in a detention center even though she had no criminal record. She traded her Baby Phat clothes for a gray uniform and window-shopping at the mall for a law library behind razor wire.

Her only crime? Her parents, who feared her father's political affiliations endangered the family, brought her and two brothers to the United States from Bangladesh in September 2003 — when she was 5, according to court documents.

She doesn't speak Bangla and never imagined a future without college. No one in her family realized her father's work certificate from the Labor Department didn't equate to legal immigration status.

Family members were rounded up in July 2007, treated as fugitives on a dated but active deportation order.

Her parents were deported first. Emy languished in custody while continuing her fight to stay.

But because the asylum application had been filed on behalf of the entire family, only the parents got a hearing. Emy never saw a judge, according to Emy and her attorney.

"Justice is not being served," she said from a prison pay phone.

In January, a federal appeals court denied her petition to stay in the U.S. Fearing she'd celebrate another birthday behind bars, Emy agreed to be deported and left the country Feb. 18.

Immigration law "is the only United States law where we punish the children for the actions of their parents," said Emy's attorney, Petia Vimitrova Knowles.

Immigration violations are considered civil, something akin to a moving violation in a car, so the government can imprison immigrants without many of the rights criminals receive: No court-appointed attorney for indigent defendants, no standard habeas corpus, no protection from double jeopardy, no guarantee of a speedy trial.

Most immigrants are navigating a complex legal system without an attorney. Fifty-eight percent went through immigration proceedings without an attorney in fiscal year 2007, according to the Executive Office for Immigration Review, a branch of the U.S. Justice Department.

But, ICE officials often argue, immigrants largely hold the keys to their own freedom. If they simply agree to return to their home country, they can go, Bassett said.

"They're making a choice (that) they're going to appeal, which is their right," she said.

But even giving up, or winning a claim, doesn't always spell freedom because ICE acts as police officer, arraignment judge, jailer and prosecutor. It has sole jurisdiction over when a detained immigrant is sent back after a deportation order is issued, and can continue to hold immigrants while it appeals a decision that didn't go its way.

In another telling case, Ahmad Al-Shrmany, a 34-year-old Iraqi with no appeal pending, begged for a year to be deported and yet remained in detention. He wanted to be allowed to go to his native Iraq or his adopted Canada, where he had been granted asylum a decade ago. A lawyer filed a habeas corpus petition in December that went unanswered.

"Just deport me. That's your job," he said in a late January interview with the AP that ICE officials tried to block minutes before it was scheduled at a Houston lockup.

Less than a week after the interview, Al-Shrmany was deported to Canada, said his lawyer, Afreen Ahmed.

Immigrant advocates say ICE prefers incarceration for non-criminal immigrants, even though alternatives are available, for one major reason: to strong-arm people.

"When you're there for weeks and weeks or months or months, your determination to fight your charges is reduced," said Judy Green, a policy analyst with Justice Strategies, a nonpartisan think tank on incarceration issues. The goal is "to keep intense pressure on detainees to agree to removal and not to fight on whatever grounds they have for relief."

The Rev. Raymond Soeoth, a Pentecostal minister from Indonesia who had never been imprisoned, said his lengthy incarceration — and the uncertainty of how long it would last — wore on him as he fought his immigration case and pursued a lawsuit accusing ICE officials of forcibly drugging him and other detainees.

"We just wait. We cannot do anything," said Soeoth, who was released after more than two years, given a special visa as part of the government's settlement of the drugging lawsuit.